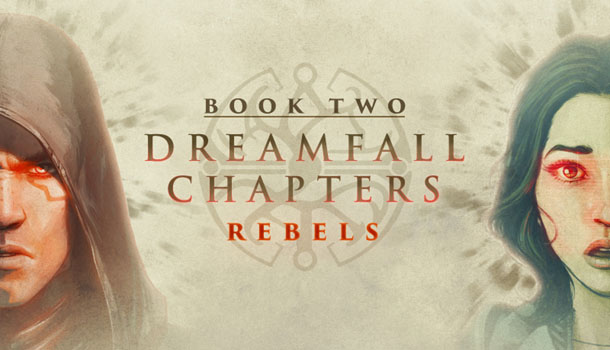 Dreamfall Chapters Book Two: Rebels has just been released to Steam and GOG.com with the Humble Store to follow shortly.

This long-awaited second episode continues the story of Zoë Castillo and Kian Alvane on their journeys through the twin worlds of Stark and Arcadia. Book Two includes new locations, new characters, new challenges and hours of gameplay — and will forever change the course of the story.

Dreamfall Chapters season pass is available for Windows, Mac and Linux via Steam, GOG.com and the Humble Store.

About Dreamfall Chapters
Dreamfall Chapters is the episodic follow-up to award-winning adventures The Longest Journey and Dreamfall: The Longest Journey: a story-driven adventure about choices and consequences, dreams and reality, magic and science, chaos and order, and the broken heroes whose actions will shape the course of history in all worlds.

Set in parallel worlds — one a dark cyberpunk vision of the future, the other a magical fantasy realm — the game follows two broken heroes on their journey across worlds to save the very nature of dreams from the Undreaming. Dreamfall Chapters is a mature, emotional, dark, magical and heartbreaking adventure that will take you by surprise.

Dreamfall Chapters Season Pass is available now for Windows/Mac/Linux through Steam, GOG and the Humble Store.