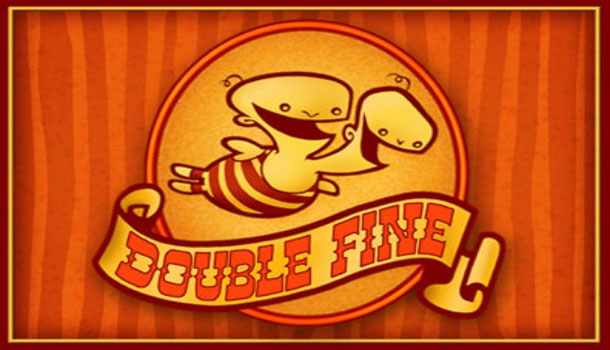 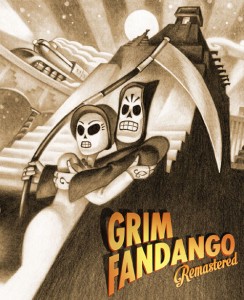 Double Fine Productions today announced they’re working on bringing their beloved adventure game, Grim Fandango Remastered, to Nintendo Switch in the coming months. The details were revealed during a live reading of Grim Fandango, which featured the full original cast including Tim Schafer and Jack Black at the E3 Coliseum. The event and celebration of the game’s 20th anniversary also included live music from composer Peter McConnell. Fans can rewatch the event here.

Grim Fandango is one of the most acclaimed adventure games of all time, with unforgettable characters and a unique combination of film noir and Mexican folklore. Players jump in as Manny Calavera, travel agent at the Department of Death to help untangle him from a conspiracy that threatens his very salvation. The story has been remastered to look, sound, and control even better.  The game is already available on PlayStation 4, PlayStation Vita and Steam, as well as the App Store and Google Play.

Along with Grim Fandango, Double Fine will also release the graphic adventure video game, Broken Age on Nintendo Switch in the next few months. More details to come.

Broken Age is a timeless coming-of-age story of barfing trees and talking spoons. Vella Tartine and Shay Volta are two teenagers in strangely similar situations, but radically different worlds. Players can freely switch between the characters and their individual stories, helping them take control of their own lives, and dealing with the unexpected adventures that follow. The game also features an original orchestral soundtrack plus an all-star vocal cast, including Elijah Wood, Jennifer Hale, and Jack Black. The game is already available on Xbox One, PlayStation 4, PlayStation Vita and Steam, as well as the App Store and Google Play.

Double Fine Productions is a San Francisco-based game developer and publisher that makes games with a focus on creativity, characters, and fun. Since its founding in 2000, it has produced many award-winning titles including Psychonauts, Brütal Legend, Costume Quest, Sesame Street: Once Upon a Monster, Broken Age, Headlander and Remastered editions of Grim Fandango, Day of the Tentacle, and Full Throttle. Learn more about Double Fine Productions at www.doublefine.com and on Twitter @DoubleFine.