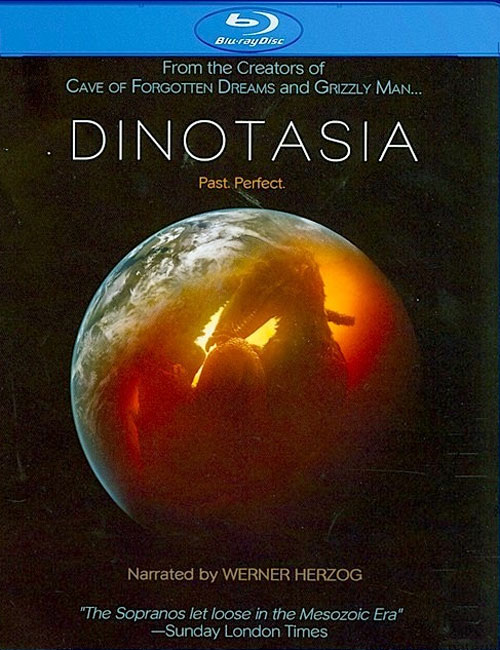 I’ve always loved dinosaurs, even before Steven Spielberg made them even cooler in Jurassic Park, so when Dinotasia came up for review on Blu-ray I jumped at the chance thinking it to be the next “Terra Nova”. Sadly, I couldn’t have been more mistaken, but even after learning that Dinotasia was more documentary than fantasy/fiction I was still interested; after all, this was coming from the Discovery Channel, the people who brought me Planet Earth.

Sadly, Dinotasia lacks any of the gorgeous real-world photography seen in that series and settles for some rather poor CG leftovers from another dino-related Discovery Channel miniseries called Dinosaur Revolution from 2011. That four-part documentary failed for its own reasons, so just imagine a movie compiled from the cutting room floor scraps of a previously failed project.

German director/actor Werner Herzog provides some basic narration to the 80+ minutes of assembled clips that come together as pretty much just a bunch of dinosaur fight sequences that lack the charm of the old stop-motion animation from the original Land of the Lost TV show, but seldom achieve the polish of the Land of the Lost movie remake. There is a reason this footage was cut from the original project and trying to assemble it into its own entity is just insulting. Even pre-teens have more sophisticated tastes and will likely laugh at this film. 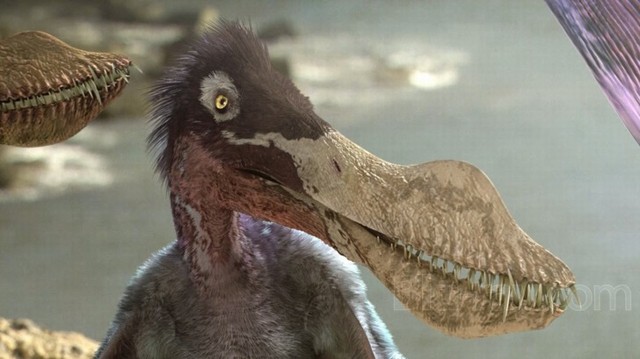 Blu-ray can’t save this floundering title as it is only being presented in a 1080i (yes “i”) 1.78:1 AVC transfer. There are moments of pristine brilliance but just as many other moments of poor compression, jaggies, soft focus, and murky contrast, not to mention the dated CGI that you would expect from a high school filmstrip. And even when the CG looks “good”, the animation of the dinosaurs is nothing short of comical. The larger ones lack the weight and presences you experience in Jurassic Park, and the smaller faster creatures jump around the screen almost as if they are missing frames of animation. The live action plates are much better than any of the CG creatures, but the two don’t always blend as seamlessly as they should – certainly nothing like Disney’s Dinosaur masterpiece. 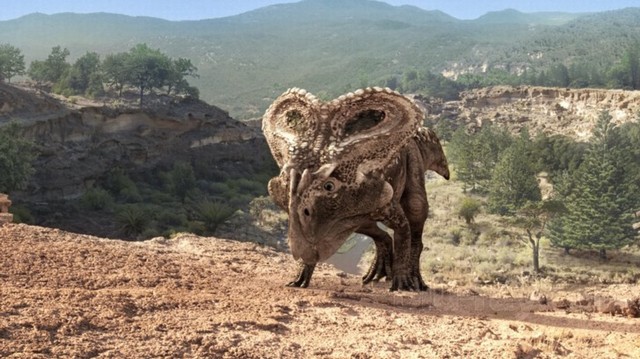 The Dolby Digital 5.1 mix provides a bit of 3D ambience in certain instances but for most of the film you’d be hard pressed to distinguish it from the stereo mix that is also available, and there is very little LFE to drive your subwoofer – something you kind of expect in a dinosaur movie. As previously mentioned, the narration is laughably bad with Werner just rattling of dinosaur names and stating mundane facts.

Bonus features don’t provide any additional encouragement to buy this disc. You get four 1080i featurettes like; “Rivals – Extended Cut”, “Troodon – Tom de Rosier Animatic”, “Mating Rites”, “Forbidden Fruit – Performance Reference”; in all, totaling about 45 minutes of additional information that is no better (some even comically worse) than the feature event.

The real deal-breaker is that Dinotasia is now streaming on Netflix, so you have no reason to plunk down the $20-30 asking price for this laughably lame “documentary”. The Discovery Channel should be ashamed for trying to gouge the public by selling their scraps from one bad documentary as a standalone feature. There is nothing to learn from Dinotasia other than how NOT to make a documentary. Skip this disc and watch on Netflix if you are desperate for some prehistoric laughs. 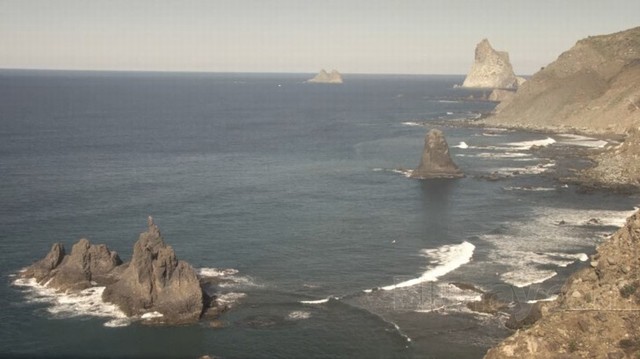 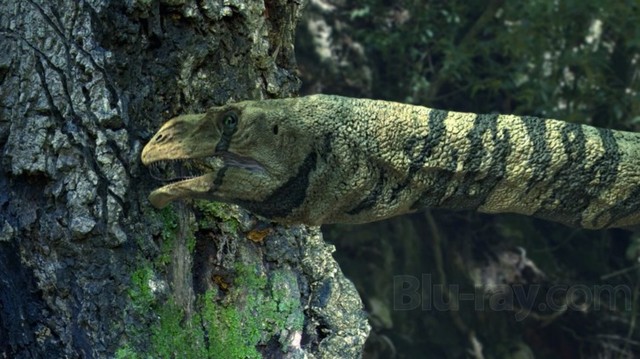 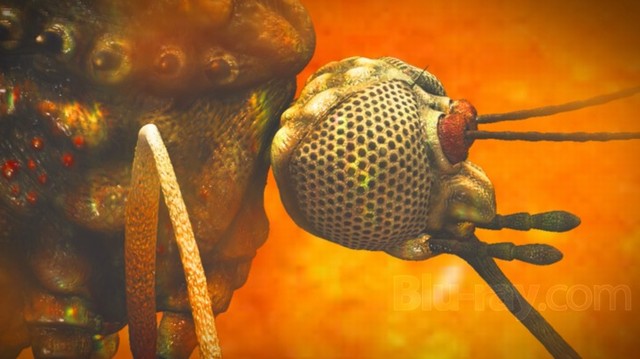 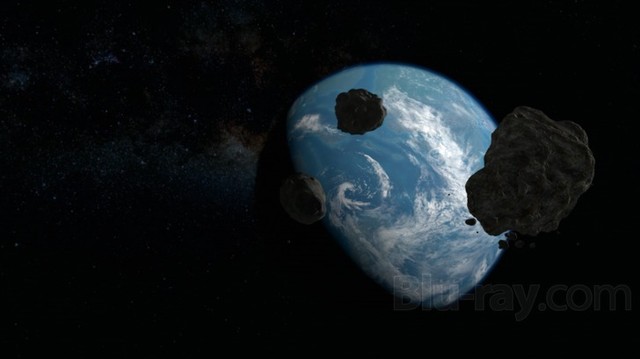 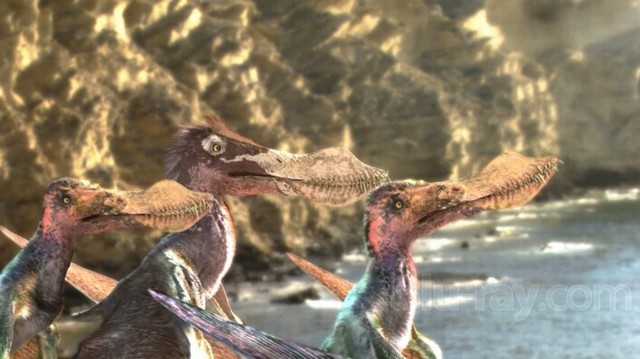