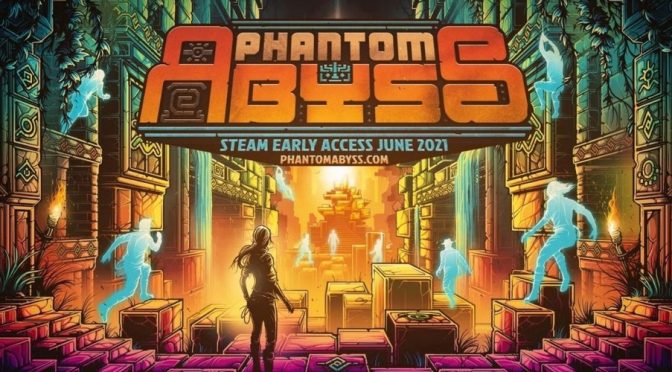 Temple plundering asynchronous multiplayer game Phantom Abyss gets overrun by marauding spirits in its latest update, available now on Steam. The Invasion Update ups the ante with new enemies, new relics, more phantoms and even more traps. To usher in this ominous new content, Phantom Abyss is the Steam Weekend Deal from Sept. 23-27 with a 25 percent off discount.

Temples are now a single path toward the Inferno for all who enter, confining every lost soul to start alongside the player from the moment they step inside. Relic Rooms in the Ruins and Caverns now contain multiple relics, but players may find themselves confronted with nothing more than a bag of sand if luckier looters beat them to the prize. However, the Inferno now holds the key to freeing the phantoms and sealing a temple forever.

New obstacles include vertical spinning blades, new rolling log speeds & patterns, new sliding sections and all-new punchy crushers, but that’s not all: Homing Bombs will chase players down and explode on impact, while the devious Defenders will strain against their chains to lash out at anybody clumsy enough to get too close. Floating Bombs and Dart Mines round out the explosive additions to the temples, ensuring each run is more dangerous than ever.

Phantom Abyss will continue to expand throughout Early Access, with new chambers, traps, whips and additional gameplay features added over time. For more information, rope swing over to phantomabyss.com, a website of such historical value it belongs in a museum.