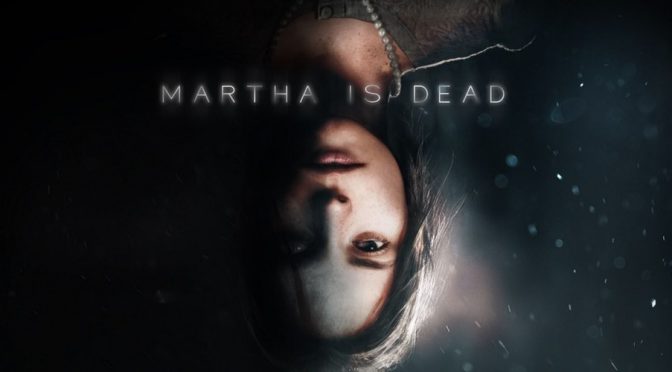 Indie games publishing label, Wired Productions, and leading Italian Studio, LKA, are proud to celebrate the worldwide critical acclaim for Martha Is Dead in a new accolades trailer. The launch of Martha Is Dead on 24th February has left a lasting impression with players and critics alike with Dexerto describing it as “a visual masterpiece” and Game Legends calling it “One of the most suggestive narrative titles of this generation”. With over 700 articles having been written on the game since launch, it is one of the most talked about game releases of 2022 so far, even amongst strong AAA competition.

Developed in Unreal® Engine 4 by LKA, the award-winning studio behind the celebrated psychological adventure The Town of Light, Martha Is Dead has been praised for its innovative, bold storytelling and immersive game design, amassing over 80% positive reviews on Steam, appearing in the 20 top selling games globally, and accruing a 4/5 rating on the Microsoft Store. The game has also been a smash hit with content creators, accumulating over 23M VOD views and breaking in to the top 10 categories on Twitch on launch day. In addition, the game picked up the ’Best Trailer’ accolade in the games category at the recent World Trailer Awards.

Martha Is Dead is a first-person psychological thriller set in Italy in 1944, against the backdrop of World War II. You play as Giulia, investigating the death of her twin sister, in a dark, emotional story that combines real-world locations, historical events, superstition, folklore, and psychological distress.

“Thank you to the players worldwide who have embraced the thought-provoking story of Martha Is Dead”. Said Leo Zullo, Managing Director, Wired Productions. “Working on the game through five years of development, has been a true labor of love and we are all so proud to see how well it has been received.”

“Receiving the feedback from the community and press has been a wonderful, emotional, and uplifting experience.” Said Luca Dalco, Founder of LKA, “I especially want to thank the people who have followed us from the time of The Town of Light, all the way up until the launch of Martha Is Dead, it has been a long trip!”

Alongside this, the physical edition of Martha Is Dead is available at retail from today for PlayStation 4 and PlayStation 5. Containing a reversible sleeve, fold out double-sided poster, collectable sticker sheet and a digital download Tarot card pack. Both the digital and physical versions of the game are available to purchase for: £24.99/€29.99/$29.99.  Check your local retailer for listings or find a retailer via Wired Productions’ Where to Buy section.

The PlayStation 5 exclusive Collector’s Edition, which will be sold in limited quantities, with only 1,000 units set to be produced, is available now exclusively via the Wired Productions Store with an SRP of £125.00. Each Collector’s Edition includes a bonus digital copy of Martha Is Dead for the Steam Store.

The game is rated ESRB M (Mature), PEGI 18 and USK 16. For more information, follow us on Twitter or join the official Discord.

The game is recommended for an adult audience and carries the appropriate age rating. The game is not recommended for players who may find depictions of mature scenes containing blood, dismemberment, disfigurement of human bodies and self-harm disturbing.