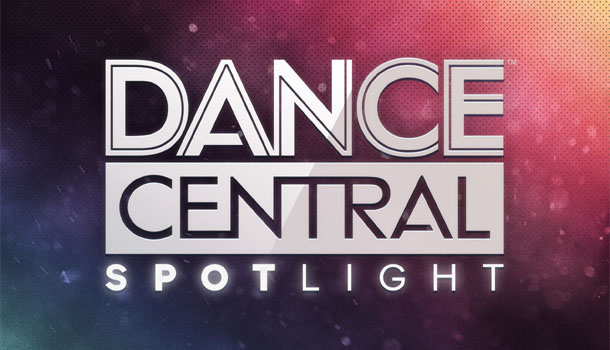 First, I would like to apologize for the tardiness of my review for Dance Central Spotlight.  About two days after receiving my review code I fractured my ankle and, as you might imagine, was unable to play the game right away.   Once the wrap finally came off I had a bit of physical therapy, and my doctor even suggested that this game might be beneficial provided I wasn’t doing any crazy stressful moves.  I’m now back to 100% and while I cannot say for certain if Dance Central Spotlight is going to be the latest craze in PT, I can say it made my recovery a lot more fun.

So what exactly is Dance Central Spotlight, other than the latest stall tactic while we all anxiously await Rock Band 4?  For those that played on the Xbox 360, Dance Central was the premier dancing “simulator” that used the Kinect to track your entire body, unlike those Wii and PS3 games that used Wii-motes and Move wands to track your hands only.  I dedicated more hours than I care to admit to Dance Central back in its day, and even learned a few moves I was able to take to the clubs.  Dance Central Spotlight is the next-gen version of that franchise, only with a much narrower focus and perhaps a much smaller audience now that the Kinect has become an optional accessory for the Xbox One.

Harmonix learned from the last generation that the real money is in DLC, so their latest game is being sold as a digital marketplace title for only $10.  You get the core game and the first ten songs: 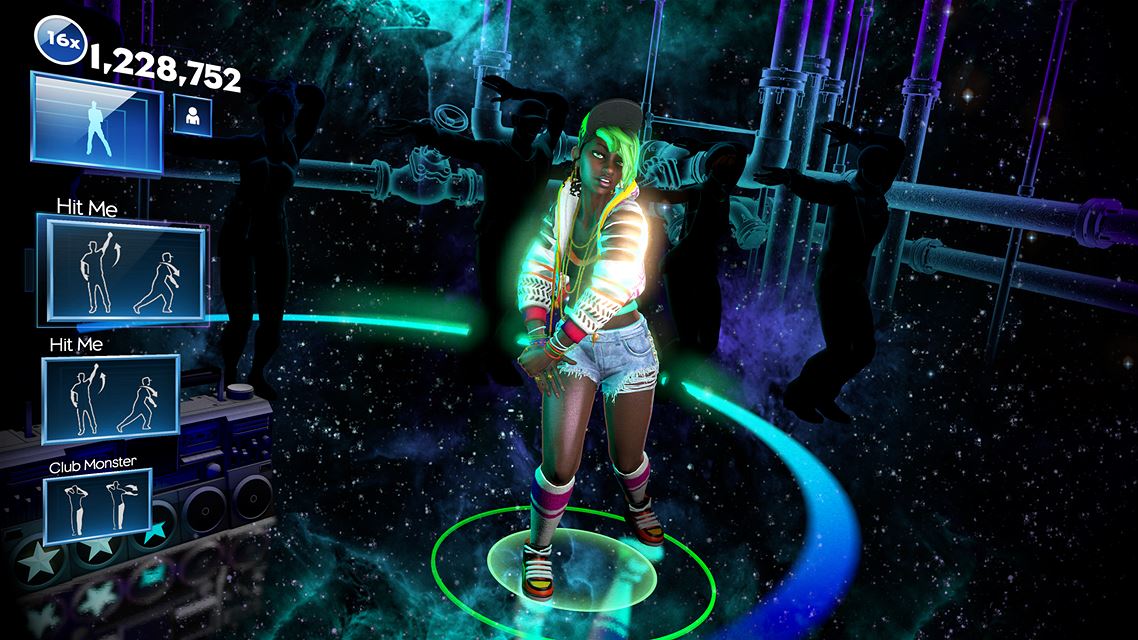 The core game is broken down into two distinct parts; dancing and fitness, and since I was approaching this review from a medical perspective I decided to start with the latter.  You input your height and weight then select a difficulty level and set the timer for your session from 10-90 minutes.   If you are already doing the math then yes; if you are only playing with the core ten songs you are going to be getting some repeats if you choose a longer session.  Depending on the song, your workout may focus on either strength or cardio, yet oddly, I had no choice of the song being played.  At first I resented this loss of control.  Given the choice I would do a 60-minute workout to “Happy” alone.  The game uses the Kinect to track the number of calories you burn based on your movements, which is a lot more accurate than fitness games on other systems.

Of course the real reason you’re likely to buy this game is because of the dancing – it’s in the name after all.  The initial track selection is varied and popular (for the moment) and as you might imagine there is a growing library of DLC songs already available for $2 a track.  Doing the math, I found this method of marketing much more consumer-friendly than past Dance Central games that would have you paying $60 for the game that would come with 25 songs that you may or may not like.  Now, you can get 25 songs you know you will really like and still fall within that AAA title price ($10 + (25 x $2) = $60).  Of course nobody is forcing you to buy 25 songs so you can get off much cheaper.  The point is; Dance Central Spotlight is the game you want it to be. 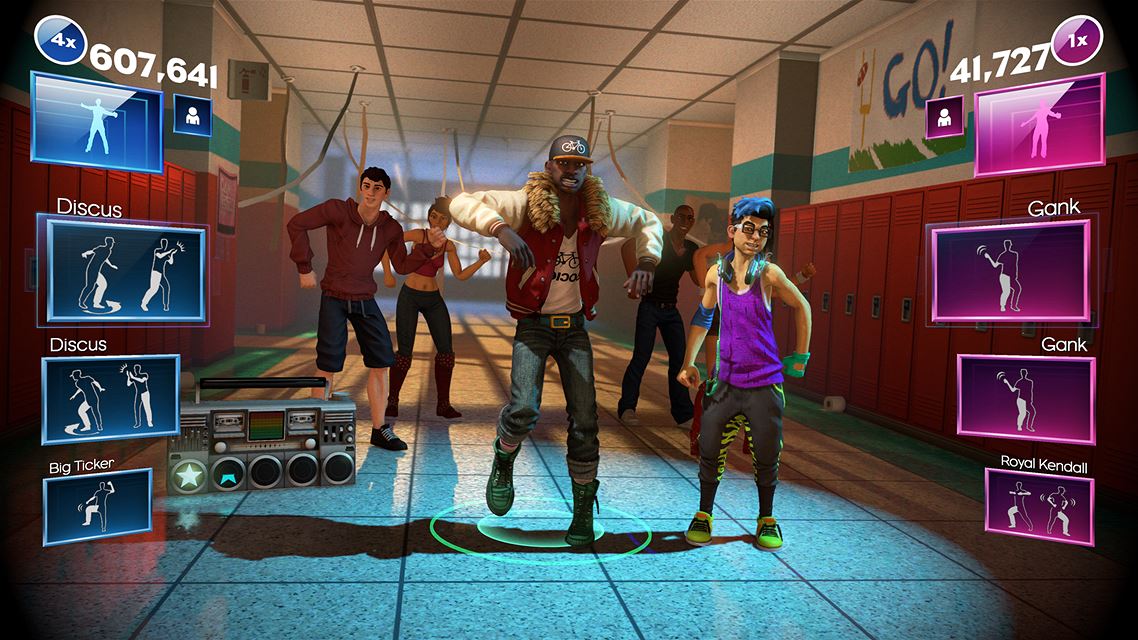 The new dance mode strips away all of the clichéd storylines and lame mini-games and focuses on nothing but repetitious dancing.  After all, that is what dancing is; repeating to perfection.   This is where Spotlight excels.   The game is a patient and responsive teacher that allows you to interact with simple voice commands to learn specific moves and routines.  You learn these smaller segments then start chaining them together into full routines.  The entire process is quite rewarding and surprisingly, never got frustrating.  The more you play a certain song the more dances you unlock – eight per song, so you can get some serious mileage out of the core ten tracks.  I personally used the DLC as incentive to master the initial tracks, promising not to make a purchase until I had mastered at least one of the initial ten.

There is a wide range of difficulty suitable for dancers of all skill levels with choreography and dance moves to match – 200 routines and 2000 moves.  This allows you to grow with the game and provides you with many more hours of entertainment (and exercise) than you might imagine.   While most of my time was spent playing alone I did manage to coerce my fiancé to shed his inhibitions and try out the two-player mode.  The Kinect does a good job of capturing movement for two people, but you may have to rearrange your furniture a bit.

I was surprised actually at just how much I ended up enjoying Dance Central Spotlight.  While it might not replace my normal fitness regime it is still an entertaining title for music and dance lovers of all ages and easily scales itself to the desires and abilities of the person playing.   The new marketing scheme is genius, and if I ever do invest $50 or more into this game it will be with music of my choosing, which will only have me playing that much longer. 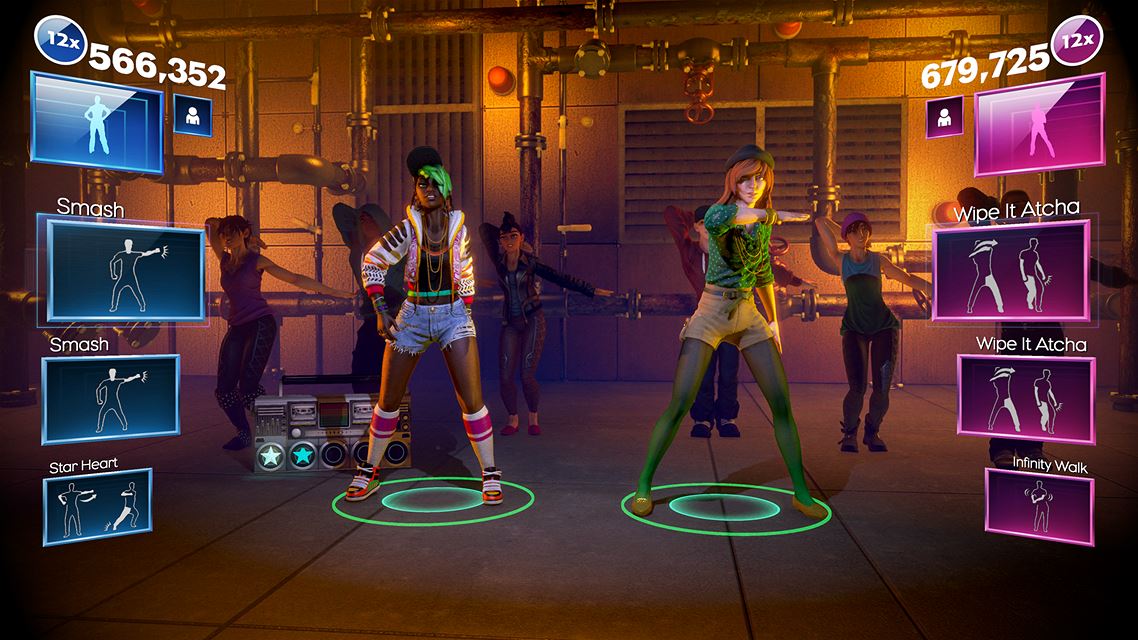 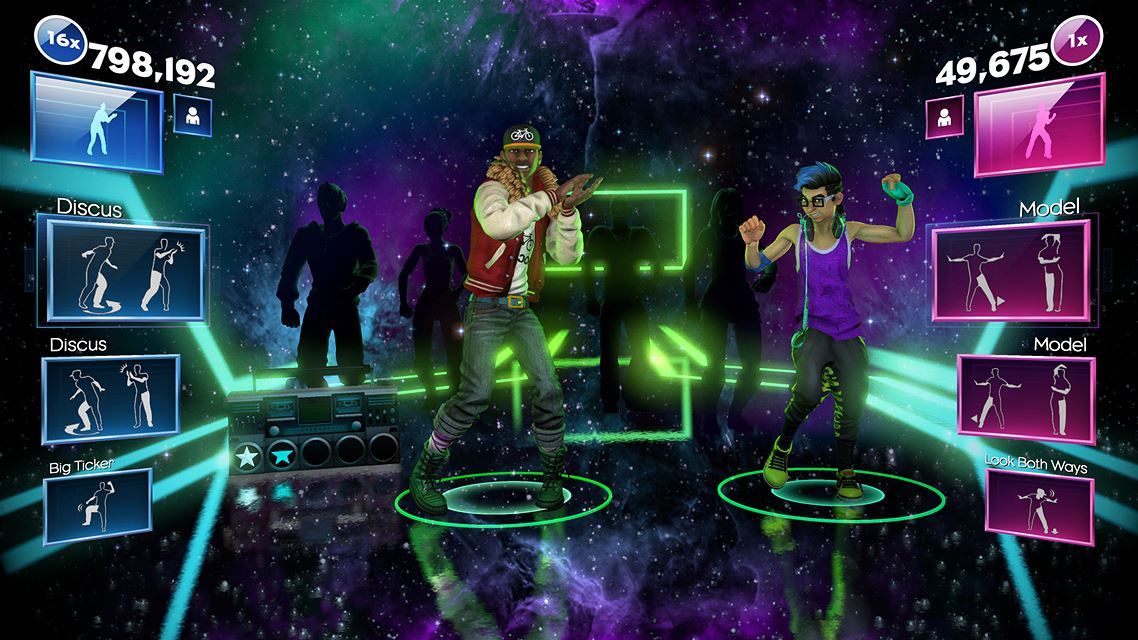 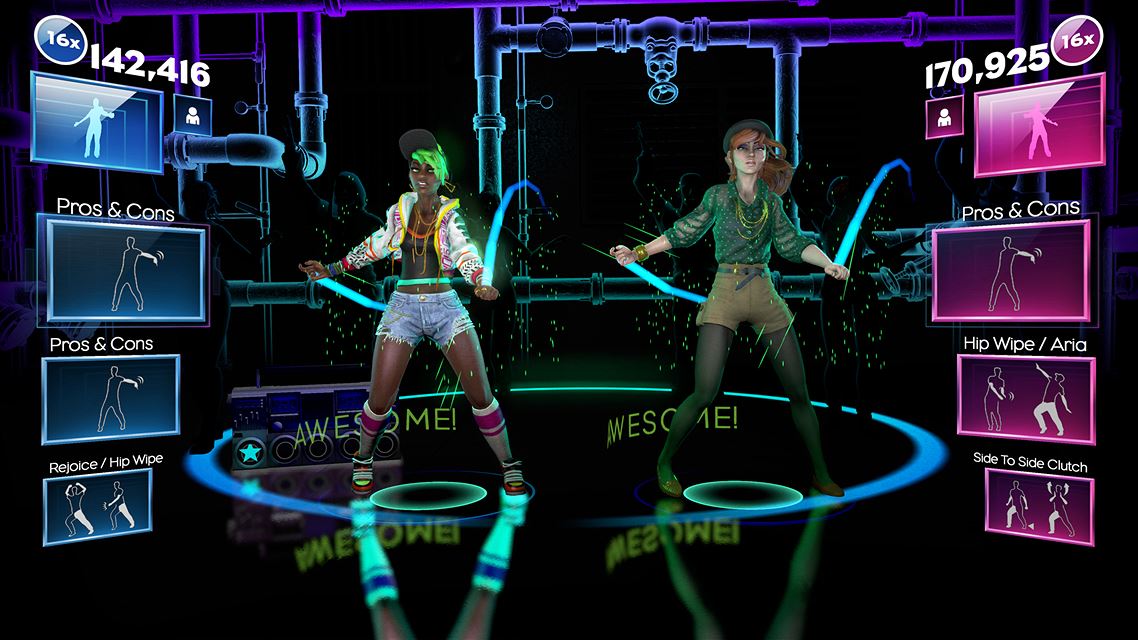 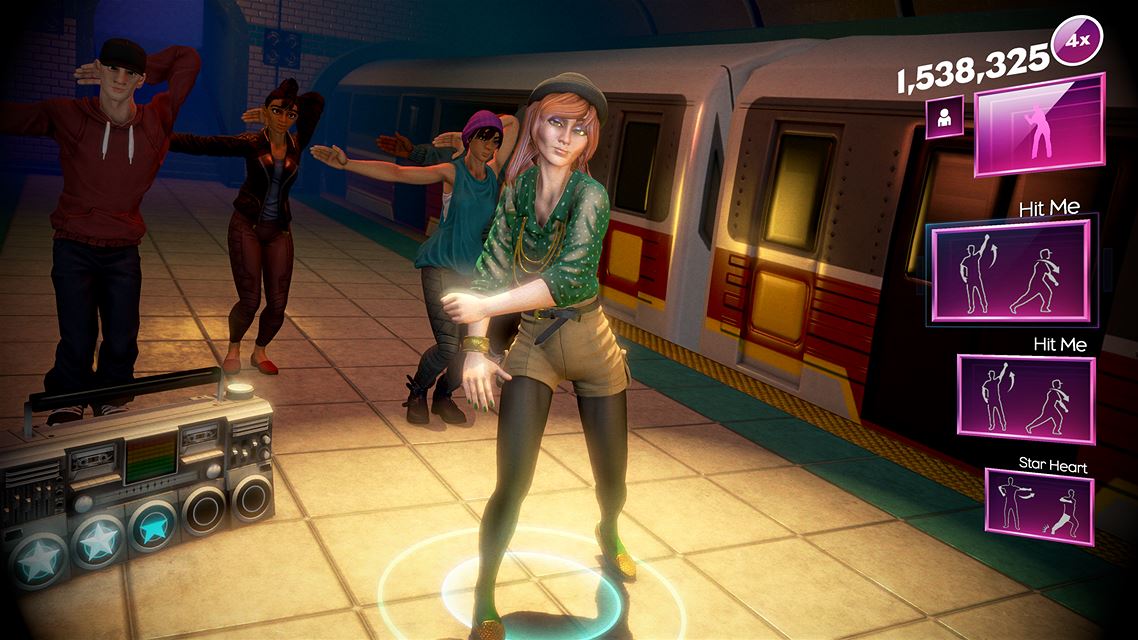 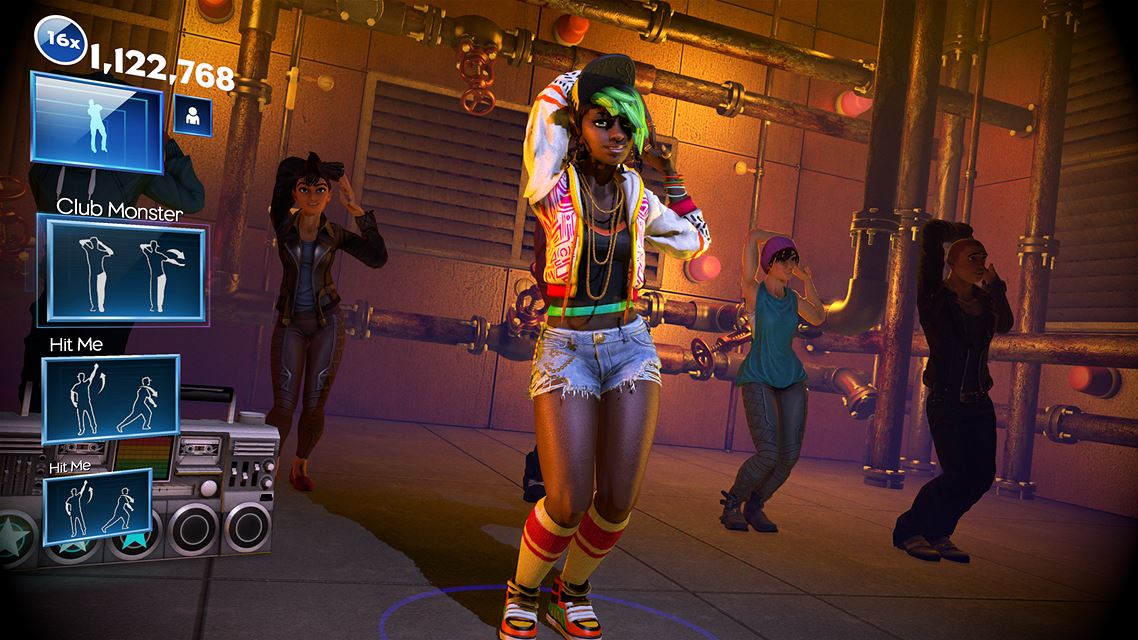