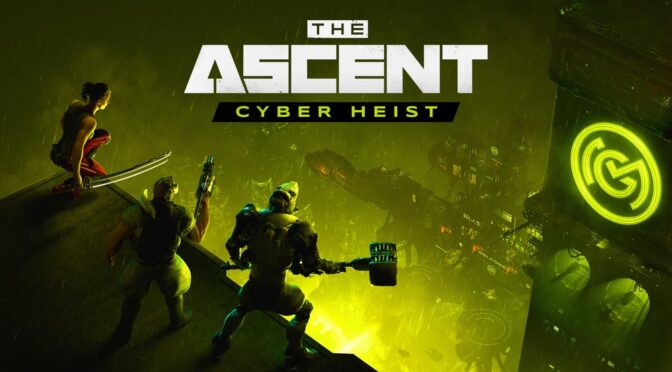 Publisher Curve Games and Swedish indie studio Neon Giant are excited to announce new DLC for their popular Cyberpunk action-shooter RPG The Ascent, titled The Ascent: Cyber Heist, which will be available from 18th August 2022.

The Ascent: Cyber Heist is set after the base game’s main story and is accessible for those who’ve completed the main campaign and want to take on a new contract for a top-secret mission. Continue the story either solo or co-op with friends in a range of all new main missions and exciting side quests. Players can blast or smash their way through with brand new weapons, including advanced melee combat, in a new never explored before location.

In Cyber Heist, Kira, your former employer, has a new top-secret job, and as a newly independent contractor how could you refuse?  Venture outside of your familiar arcology into a brand new arcology owned by the Malhorst-Gelb Group. There’s some new ground-breaking tech ripe for the taking, but you’re not the only one with their sights on the prize.

There is now a special Cyber Edition of The Ascent available, this includes the previous DLC packages Cyber Warrior and Cyber Sec  plus the new Cyber Heist DLC, all for £36.99/€44.99/$44.99

The Ascent brings you Noghead! Designed by Curve Games and Neon Giant, Noghead Plush is made with an Ultra Soft Fleece exterior that feels amazing! A powerful ally to have in-game and an adorable plushie companion in real life.

To find out more check out the link here: Noghead Plush | Makeship

A solo and co-op action-shooter RPG set in a sci-fi cyberpunk world, The Ascent is the first title from Neon Giant, a new 12-person studio composed of games industry veterans who were some of the minds behind iconic AAA titles such as the Gears of War, Bulletstorm and Wolfenstein franchises. The Ascent is now available on Xbox Series X|S, Xbox One consoles and PC and Xbox Game Pass.