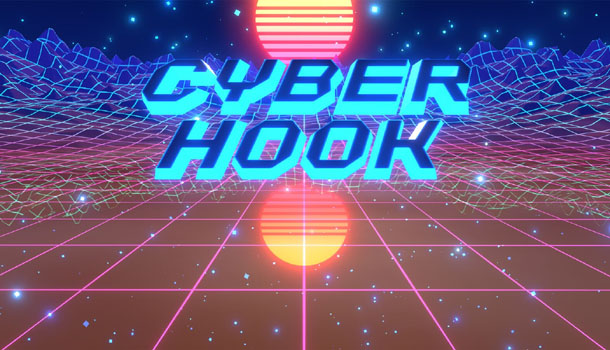 Cyber Hook, when you break it down to its essential parts, is a game about sprinting, parkouring, and wall-running as quickly as you can toward a gate using the eponymous cyber hook that allows you to swing like Spider-Man, the ability to temporarily slow down time, and, perhaps best of all, finger-guns to blast away obstacles in your path. Yeah, I know. It’s a pretty rad game. It’s like if you combined the best parts of Mirror’s Edge, Spider-Man, Tron and maybe even a little dash of Super Monkey Ball and then coated it all in a heavy dose of outrun aesthetic.

The look and feel of the game is very cool. If you’ve seen the somewhat recent resurgence of ‘80’s inspired style, often called Sythwave, Retrowave, or Outrun aesthetic, Cyber Hook places you squarely in the middle of the most iconic of those images the whole time, surrounding you with glowing neon courses and topping the whole experience off with a heavily inspired retro soundtrack. 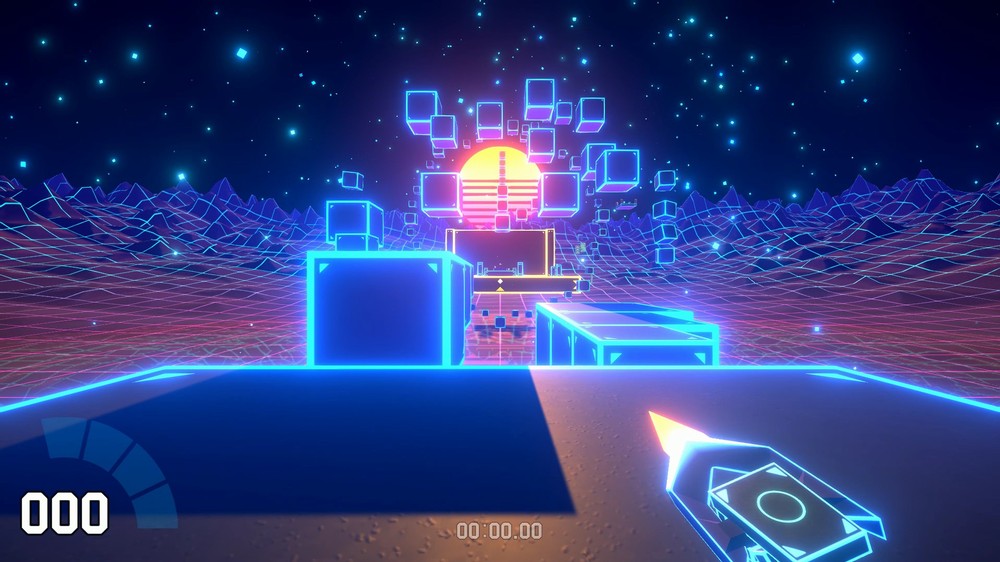 At release, there will be over 70 levels to challenge you on your way to becoming a true master of the cyber hook, but you won’t have access to them all right away. When you start, you will go through a set of levels where it slowly introduces you to each of the different tools available to you. As you go, you will learn how to combine your slow-time ability with your hook to increase its range just a little bit, which is just enough to save you from falling sometimes. Unlocking new levels happens with completing preceding levels, with some levels remaining unlocked until you obtain enough diamonds. Upon completion, each level awards you a rating of zero to three diamonds based on your completion time, as well as placing you on a global leaderboard of all other players who have completed that level. If you do the level again and improve your score, it will show you your new leaderboard ranking and show how much you improved. I like that there are several layers of accomplishment in the game. I felt rewarded just by completing a level, but then would want to go back and do it again to get all three diamonds, and even then you are incentivized to go back and improve in order to try and climb the leaderboard a little higher.

The level design is brilliant in Cyber Hook. Each level has a fairly clearly defined “path” that leads you toward the gate and will usually get you some diamonds. But, the levels are openly designed and the tools that are available to you are so fluid and powerful that it is very easy to take alternate routes, or to try and cut corners and create shortcuts to the end. There is no “right” way to beat the levels. It is up to you and your creativity and your comfort level with all the different things you can do that will help you find the fastest route possible. 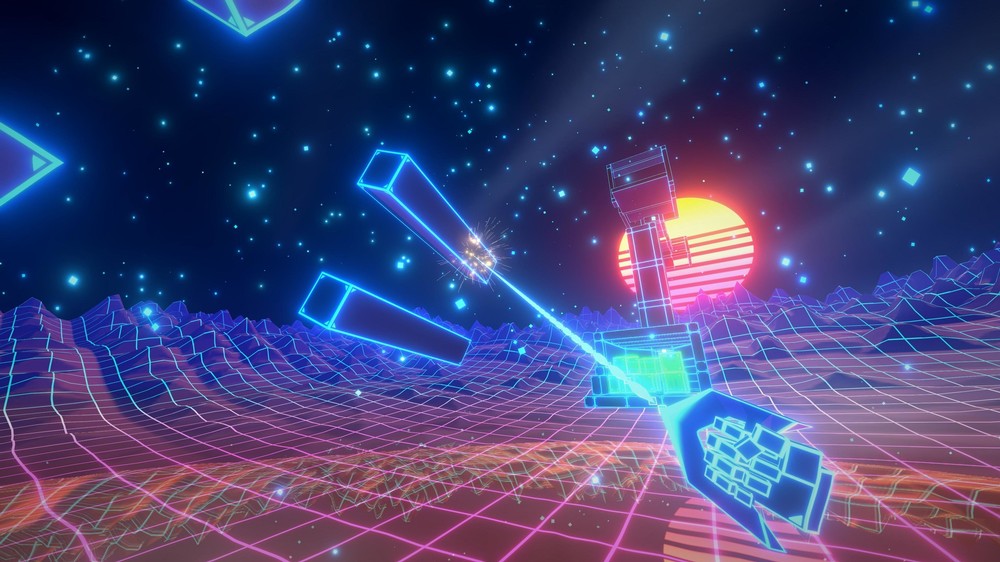 The only thing I didn’t like about the game was that the controls are sometimes a little finicky. One specific example that frustrated me was that using the finger-guns to shoot obstacles also released the cyber hook, which seems unnecessary since the hook is in one hand and the finger guns is in the other. I would very much like to be able to shoot while swinging, but at the time of writing this, it is not possible. Ultimately, this is a really nit-picky criticism of the game and something that doesn’t prevent you from completing the game, just something that annoyed me and caused me to fail levels several times that I would otherwise not have had any issue completing.

Overall, I really enjoy Cyber Hook and hope to see it turn into a popular game with people coming up with really inventive ways of beating certain levels. Also, I would love to see more levels added, with maybe a level editor or something to allow user-created maps to be added as well. I’m not sure if that’s in the plans, but I think it would be a perfect fit for this game. Also, I think that it could be a really cool VR game, as well, though possibly motion-sickness inducing. Cyber Hook is great for anyone that wants to feel incredibly fast and that they have the power to defy gravity. I highly recommend this as a must-have for any gaming collection. 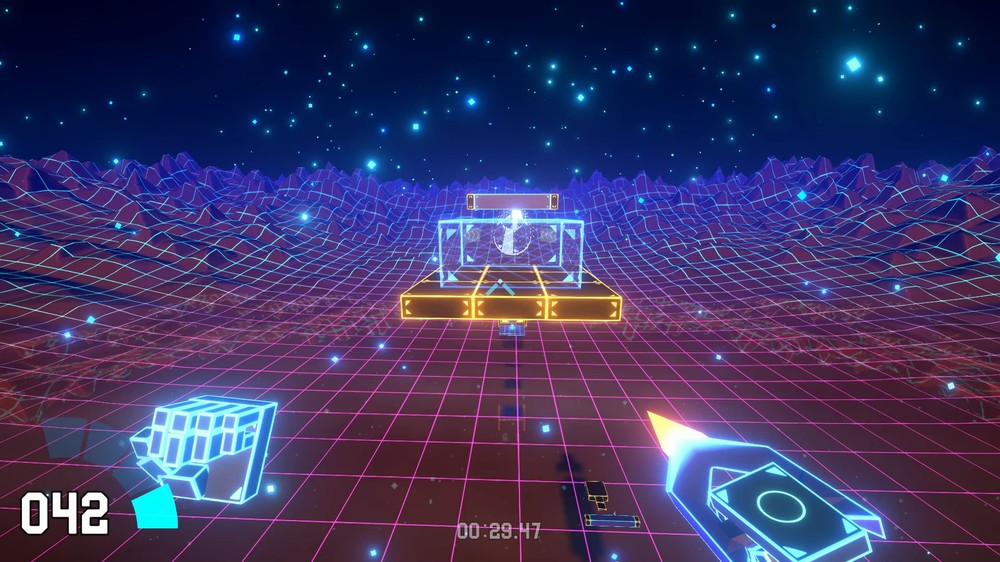