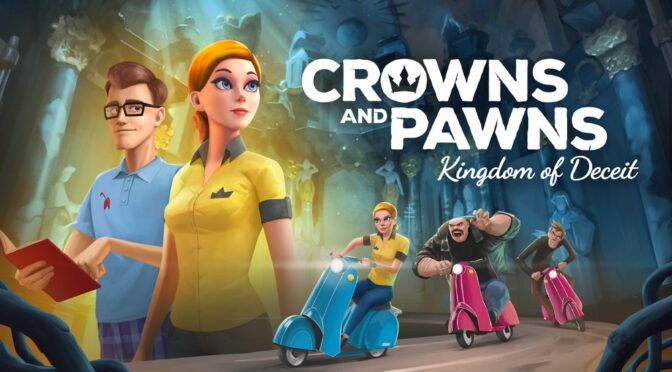 Having worked many years in the video game industry including stints at Sierra Online and LucasArts, I can safely say that Crowns and Pawns: Kingdom of Deceit is a refreshing return to the glory days of point-and-click adventure games.  Telltale did an admirable job at keeping the genre afloat for nearly a decade, but developer, Tag of Joy really nails the essence of 3D adventure gaming in looks, story, puzzles, and overall atmosphere, and they totally commit to the point-and-click by only supporting mouse and keyboard.

The story is pretty basic, almost cliché at this point, where we meet up with Milda who lives in Chicago, but after inheriting an old house in Lithuania, sets off to Europe to claim her new home and triggers a surprising epic adventure.  Her grandfather’s house is loaded with clues all leading to some 15th century relic that will have you exploring all sorts of real-world European locales, solving puzzles, and avoiding a dangerous foe. 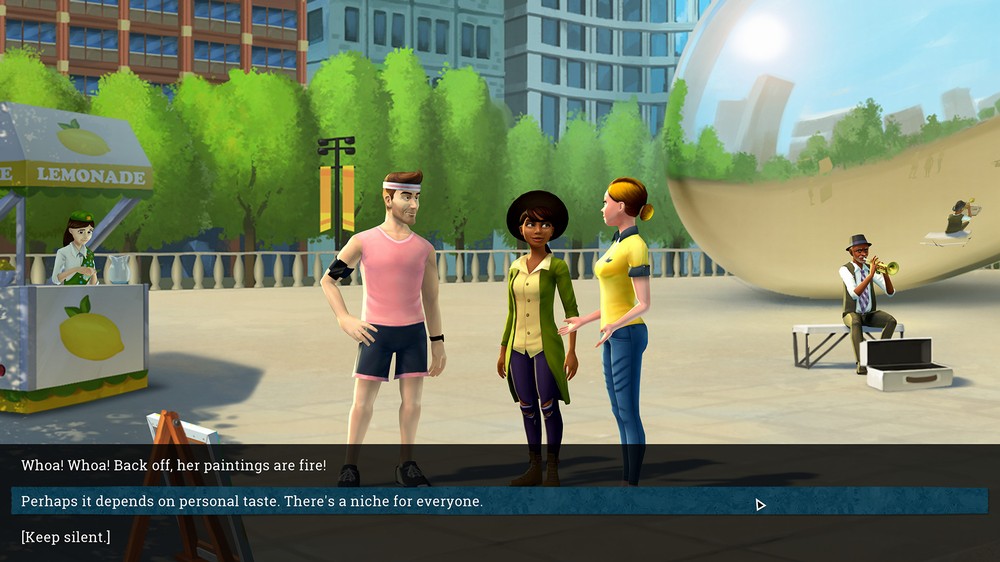 As with any game of this type, the basic loop is to enter a scene, interact with everything you can, take everything you can, and exhaust any conversation trees with any characters that happen to be around.  While most of the puzzles are fairly straightforward several are quite specific in their solution, often to the point of defying logic.  One of the early puzzles had me trying to silence a guy playing the trumpet in the park.  The obvious solution was to put some chewing gum in the instrument after distracting him (there is even a hint about him “blowing bubbles”), and while that is certainly a valid tactic, the game wants you to jump through about ten more steps to solve this puzzle with a much more complicated solution buried in layers of conversation.  The pacing of the gameplay often stumbles in certain points where you are either presented with puzzles with no hints at solving them or these more elaborate situations with very linear solutions you must stumble upon to solve. 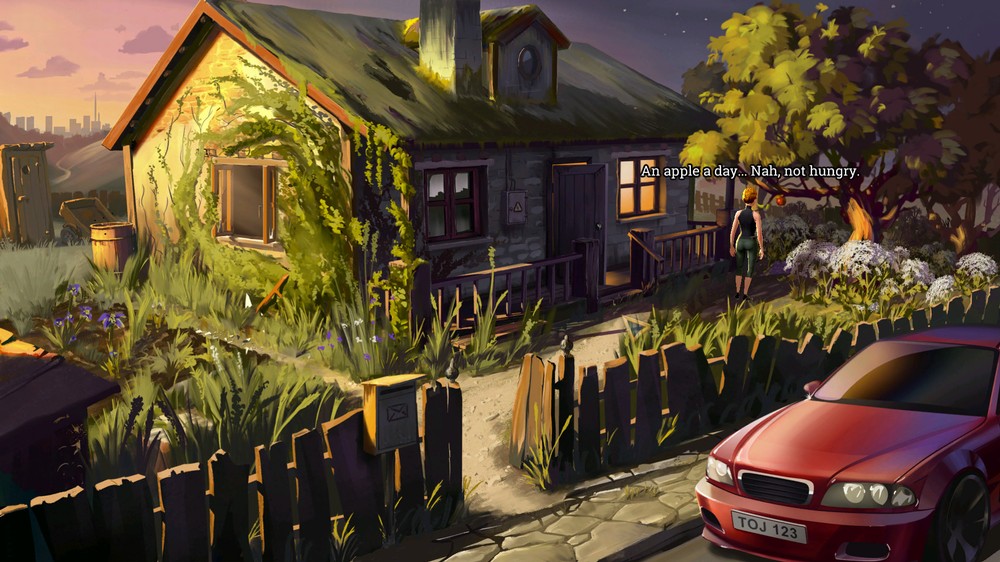 Crowns and Pawns: Kingdom of Deceit is visually pleasing with some fantastic art and a storybook presentation.  For most of the game you are exploring static screens or areas you can walk around and move the cursor until it indicates something you can interact with, or you can tap the spacebar and all hotspots will be revealed.  I’ve personally outgrown these pixel-hunt games, so the hotspot reveal is a great feature for me to simply experience the game at a comfortable pace.  Most spots allow multiple interactions such as examine, use, or take, and you will find yourself with a nice inventory of items that mostly serve a purpose either alone or after being combined with something else.   The art and animation is simplistic and fun with some great detail in the scenery and great use of color blending, lighting, shadows, and some fun animation tricks with scrolling backgrounds.  The audio is also outstanding with some great voice acting, fun sound and environmental effects, and an amazing soundtrack written by Daniel Pharos. 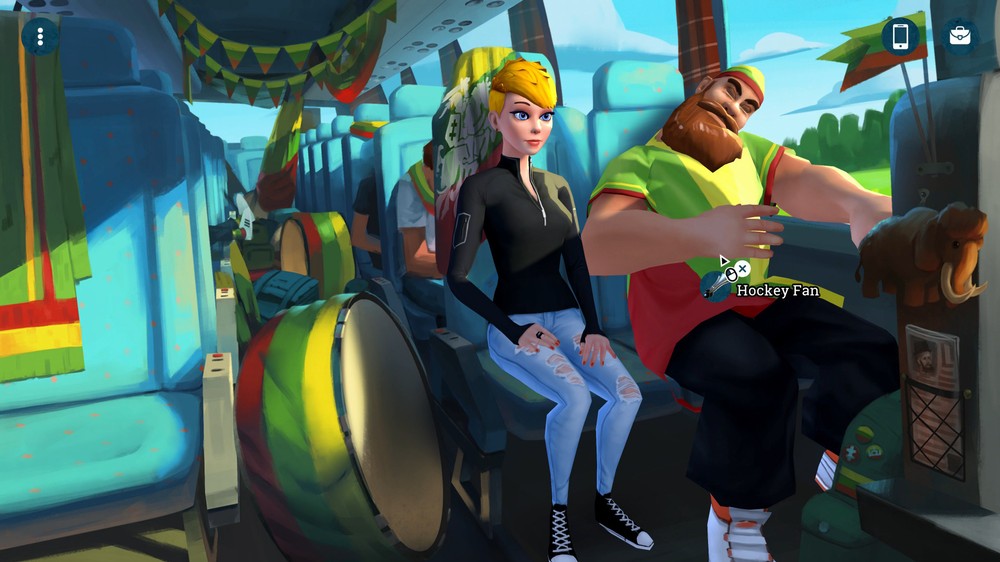 The adventure genre has a lot of competition on Steam, but Crowns and Pawns: Kingdom of Deceit manages to standout, even against some of the bigger titles like the new Syberia game.  Expect about 6-8 hours to complete this adventure, which is clearly setting up the obligatory sequel.  I did find the pacing a bit off in the final act where, after a nice leisurely adventure, things started to seem rushed.  The Lithuanian setting was an interesting and unique choice, and I may have unintentionally learned a few things about the country and the lore; meanwhile the characters all provided their own unique elements that added to the immersion.  Even simple character stuff like Milda choosing the right outfit from my closet to get a job was fun.

There is definitely a lot of adventurous fun waiting for you with Crowns and Pawns: Kingdom of Deceit.  With its engaging story told through gorgeous hand-painted art, interesting characters, and some top-quality voice acting, this is one adventure you won’t want to miss out on.

If you’d like to see the game in action we have the first two hours of gameplay available on our YouTube channel complete with commentary and spoilers.  Enjoy! 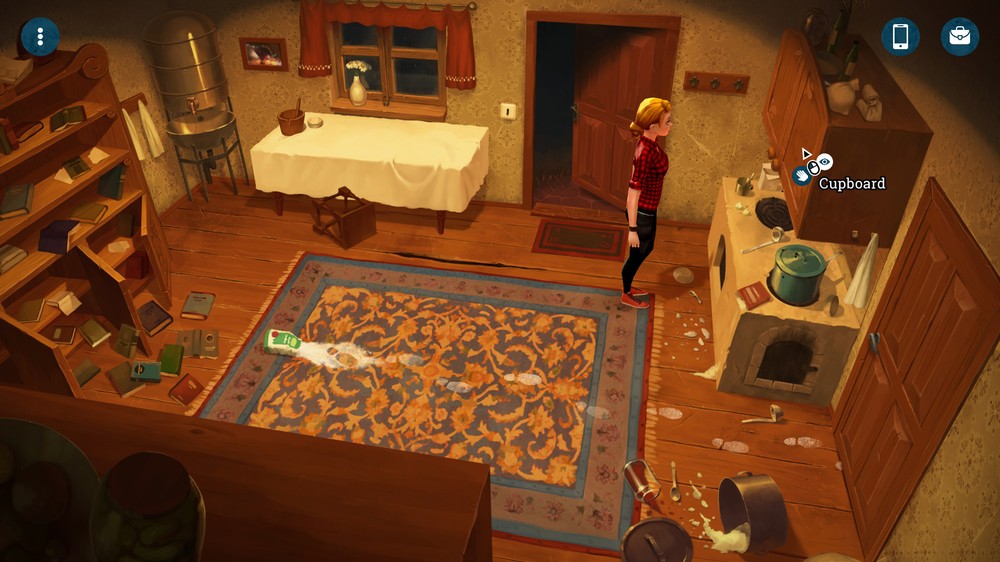 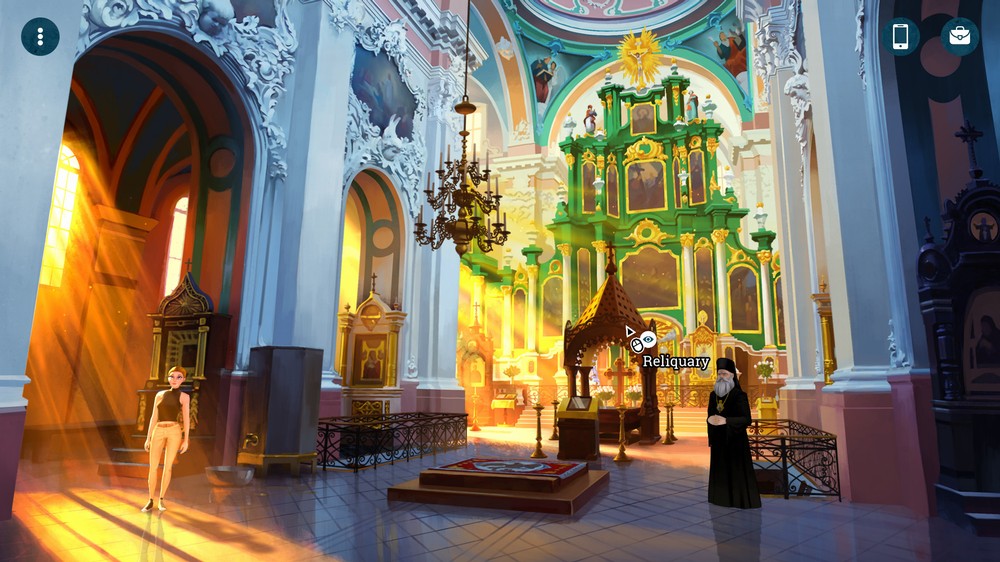 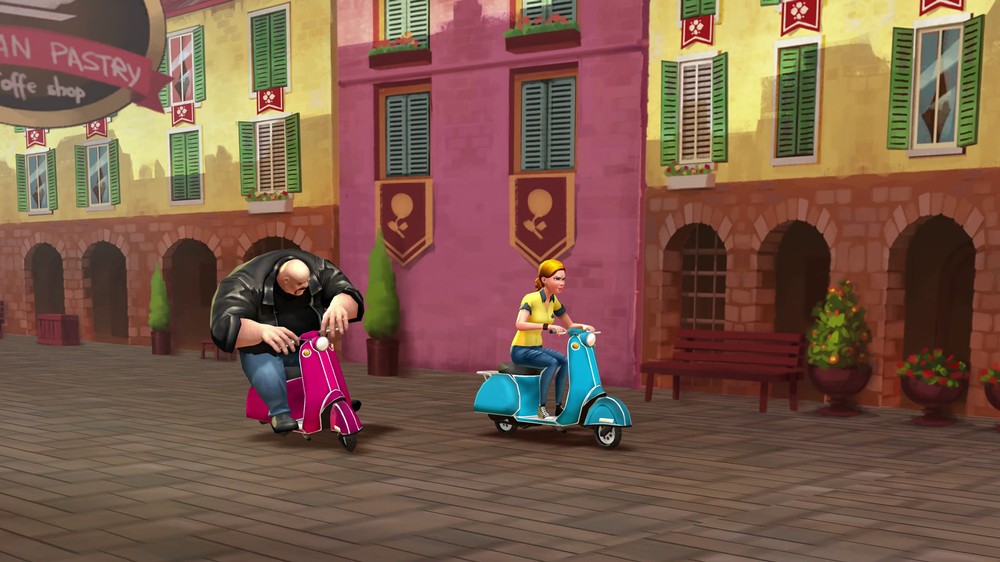 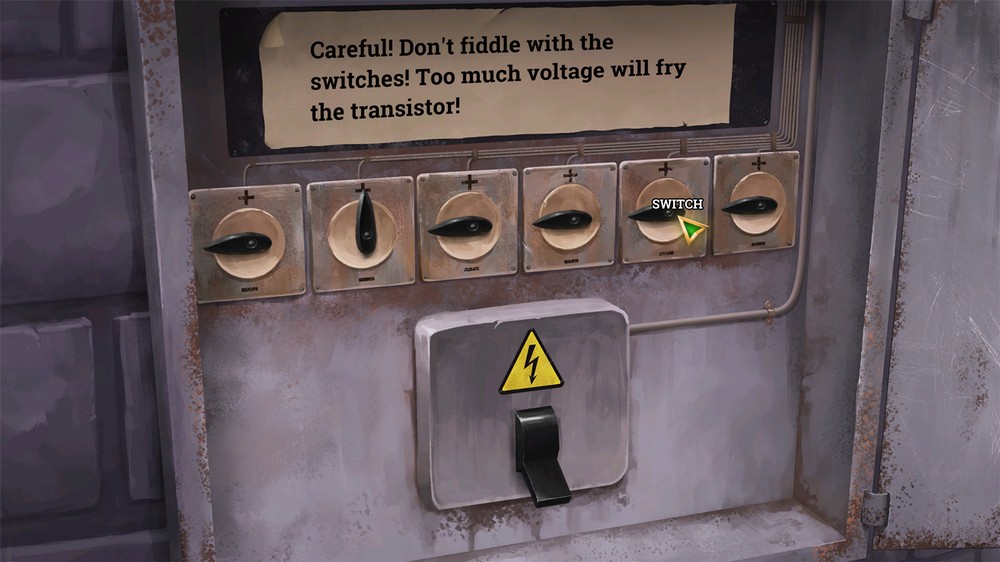 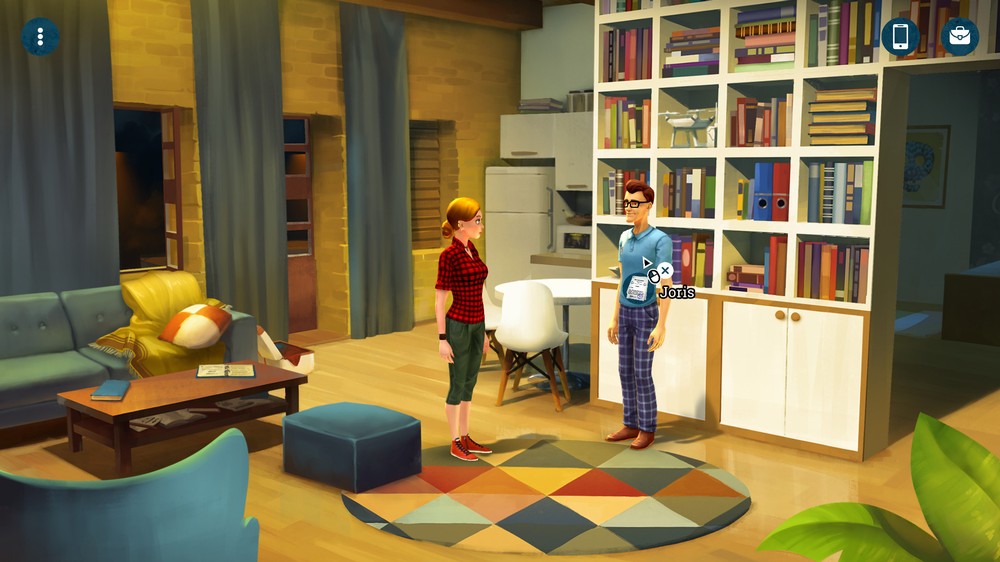 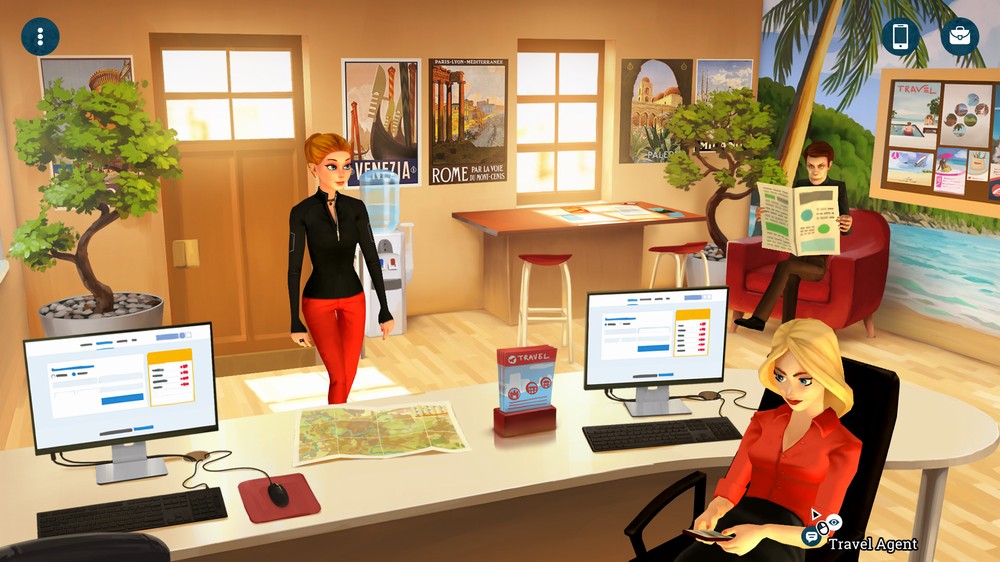