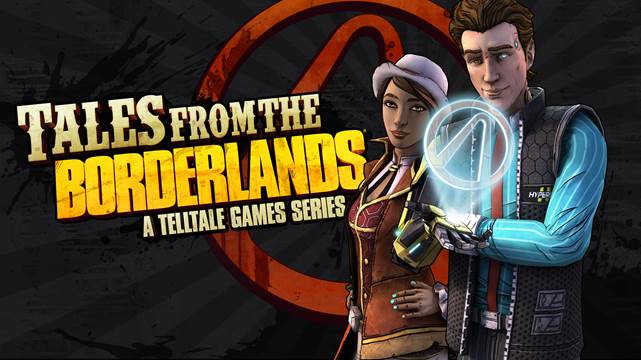 The season premiere episode is available today on PC from the Telltale Online Store, Steam, and other digital distribution services, with availability on Mac to follow on Thursday, November 27th. The episode is also available today in North America on PlayStation®Network for PlayStation 4 and PlayStation 3. The episode will be available Wednesday, November 26th on the Xbox Games Store for Xbox One® video game and entertainment system from Microsoft, available on Wednesday, December 3rd for Xbox 360, and on the PlayStation®Network for PlayStation 4 and PlayStation 3 in Europe. The series will also be coming to compatible iOS devices via the App Store and to Android-based devices before the end of 2014. Follow Telltale Games on Twitter and Facebook for the latest details on release dates.

“Tales from the Borderlands is an amazing opportunity for Telltale Games to expand upon the world Gearbox has created,” said Kevin Bruner, president and co-founder of Telltale Games. “Players can now experience the humor and richness of the Borderlands universe from a whole new perspective, with the story-driven gameplay Telltale is known for.”

“Telltale has proven themselves to be in a class of their own as master story tellers in interactive entertainment – and they keep getting better and better,” said Randy Pitchford, president of Gearbox Software. “The collaboration on Tales from the Borderlands has been a tremendous joy and seeing what I believe is the best first episode they’ve ever created from their effort and talent is very exciting for me as a fan and as a partner.”

Critics have weighed in on the episode across the web, with GamesBeat awarding the game a 96/100 score, calling it, “A hilarious knockout,” adding, “Zer0 Sum stands tall as the ultimate point-and-click science project: combine the beloved Borderlands lore and setting with the shining vision of an artistic studio, crank up the heat, and enjoy.” GameSpot awarded the episode a 9 out of 10 score, calling the episode, “…a beautiful new twist on the Borderlands experience with loveable leads and breathless action sequences.”  Destructoid also awarded the game a 9 out of 10 score, saying, “Telltale really knocked it out of the park with this one,”  later adding, “…this might be the funniest Borderlands game to date.”

Players will control two characters throughout the season: Rhys, a Hyperion ‘suit’ with dreams of being the next Handsome Jack, and Fiona, a Pandoran con artist looking to score her biggest ever swindle. Rhys and Fiona are thrown together as unwilling partners in an adventure to recover cash they both think is theirs. This journey will take players on a wild ride where gangsters, bandit lords, and Vault Hunters are just some of the obstacles they will encounter in this new take on the award-winning universe created by Gearbox Software.

Tales from the Borderlands: A Telltale Games Series – Episode 1: ‘Zer0 Sum’ is rated ‘M’ (Mature) for Violence, Blood and Gore, Suggestive Themes, and Strong Language by the ESRB. The series will be published digitally by Telltale Games in partnership with Gearbox Software and 2K.