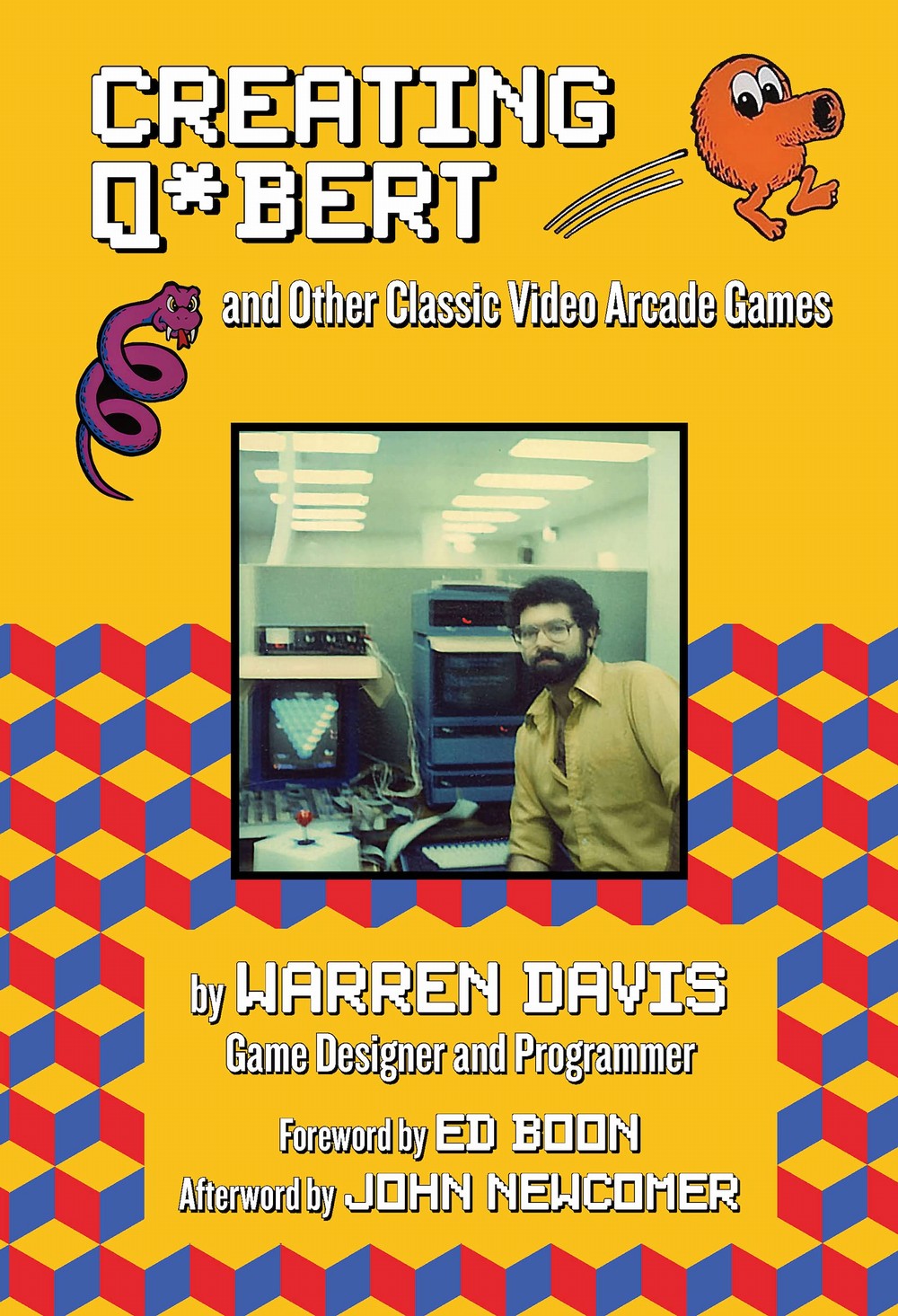 One of my New Year’s resolutions for 2022 is to try and read more books, which I can hopefully parlay into some fresh content for our channel.  It’s been almost three years since we posted our last book review; either a result of limited game-related books or a lack of offers to review them – we don’t actively seek out such content.  Thankfully, 2022 kicked off with an offer to review a new book from Santa Monica Press, Creating Q*bert and Other Classic Video Arcade Games, and I have to say, my interest in reading has been rejuvenated.

Written by Warren Davis, creator of the classic Q*bert arcade game, this book takes us on an insightful journey through the 80’s and 90’s covering the birth and nearly two decades of arcade game development from a unique insider perspective.  Warren’s writing style is quite endearing with a conversational tone that often felt like I was reading the narrator script for a yet-to-be-filmed documentary.  Warren’s tale begins in high school, then we follow him to college and finally his epic career journey starting with Gottlieb where his visionary tinkering with growing technology evolved into one of the most beloved classic arcade games.  With Q*bert on his resume Warren embarks on a multi-company, multi-game journey starting in the Chicago area and finally leading him to California.

Perhaps the most enjoyable part of reading this book is the fact that I am only five years younger than Warren, so I could easily related to nearly every historical reference mentioned as well as many of his personal ones.  Warren was pretty much in charge of his high school computer lab; so was I only I had Apple II’s.  While Warren was working on games destined to arrive in arcades I was actually working in my local arcades playing and watching others play those games.  And he was doing this all less than 100 miles from where I was born and raised in Indiana.

With the exception of two games mentioned in the book I played and loved every title Warren had a hand in making.  I was stunned at how much of the tech he pioneered actually played a part in game production.  His Forest Gump-style brushes with other tech giants and even celebs like Aerosmith never feel like bragging, and his humility and constant tributes to everyone he worked with over the years is refreshing. 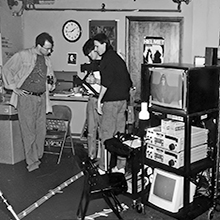 The target audience for Creating Q*bert and Other Classic Video Arcade Games could be problematic.  I’m 57 and can easily relate to every written page in this book, but anyone younger may not care about these pioneer days of gaming or the people behind them.  Sadly, Warren’s book ends with the transition from arcade games to home consoles and PC gaming, which he did have a significant part in, and I sincerely hope a second book is in the works detailing those years.  But for someone who has been an active gamer since 1980, I found this a highly enjoyable and surprisingly detailed journal of those times.  Warren even includes numerous black and white photos and a 16-page color spread in his book.

I went into this review hoping to learn a bit of the backstory on how Q*bert was created and came away with a much greater knowledge of the entire arcade industry from testing, building, and even marketing.  The portion of the book that dealt with the birth and quick demise of laserdisc gaming was particularly relevant for me, as I was constantly troubleshooting those Pioneer players in my arcade.  It was fun to follow along with Warren’s timeline and figure out what I was doing in my life while he was creating our video game future.  Trailing him by only five years we never came close to crossing paths even when I moved to California in the early 90’s to work for Sierra/Dynamix and later, LucasArts, but we did run in similar circles.

I highly recommend Creating Q*bert and Other Classic Video Arcade Games to anyone who enjoys (or has ever enjoyed) arcade video games regardless of your age.  The games you play today on PC and console all got their roots during these two decades of innovation and chances are Warren Davis played some part in what we are all playing today.   Available in hardcover for $24.95 on Amazon or wherever you buy your books.