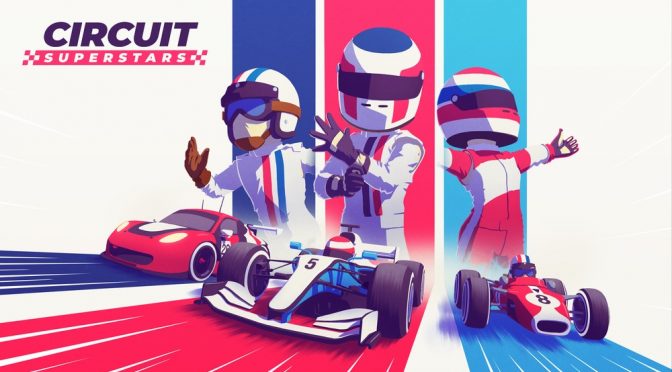 I know you’re probably asking yourself, “Why is Travis reviewing Circuit Superstars?  I thought he only played serious racing games.”  Well, actually I play most all racing games but usually only report on the more serious sim racers, so when Circuit Superstars popped up for review I decided to check it out, and boy I’m glad I did.  I’m old/young enough to have come in on the tail end of the arcade scene, but I still have fond memories of many arcade racing games like Sega Rally, Daytona USA, Outrun, and perhaps my favorite, Super Off Road; the top-down racing game with three steering wheels on the cabinet.  One of my guilty pleasures is top-down racing games; a side-effect of playing with all those electric slot-racers growing up no doubt, and I’m always eager to check out any games that fit into the genre.  Sadly, the offerings have dwindled over the years with Mantis Burn Racing being one of the last newer top-down games I’ve played, and that was in 2016. 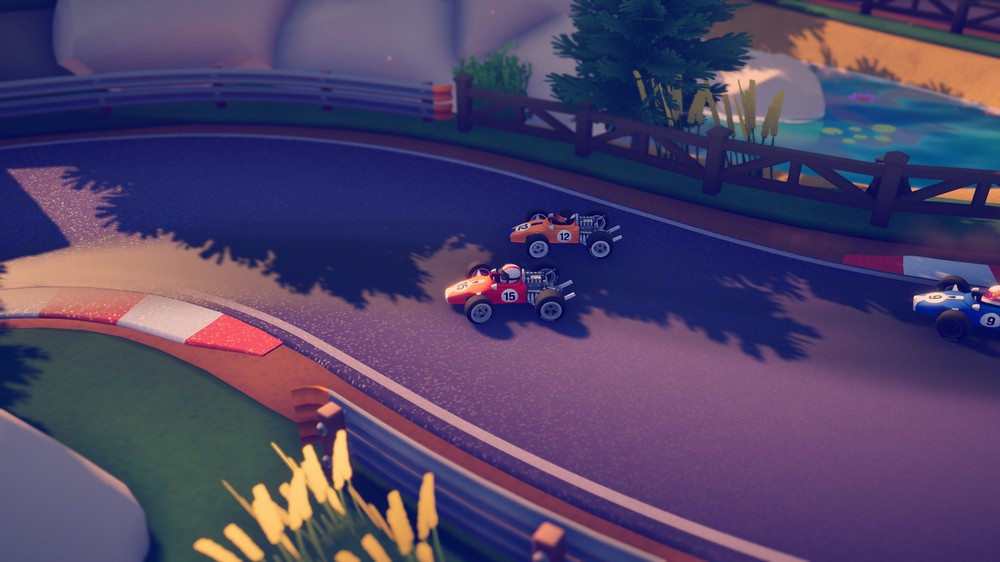 Developer, Original Fire Games has created something very simple, straightforward, unique, challenging, and completely addicting with their new racing game, Circuit Superstars.  It’s one of those games that is easy to ignore when browsing the Steam store with screenshots and a trailer that don’t do the game justice.  I was blown away within moments of my first race with all the graphical flourishes, the great car designs, multiple game modes, and a unique arcade physics system that worked seamlessly with responsive gamepad controls.

The amount of content is staggering starting with the Grand Prix mode that is home to the main single-player experience.  This mode contains a dozen racing events spanning multiple disciplines, surface types, specific eras of cars and even trucks.  You have five difficulty modes that you can choose for each event, and all are separately scored and rewarded with their own trophies, thus incentivizing lots of replays.  Each event contains multiple races on a series of tracks chosen from the 19 venues spread across 13 unique locations.  These tracks can be raced in reverse and some even feature layouts that are modified through strategic cone placement that block off certain paths. 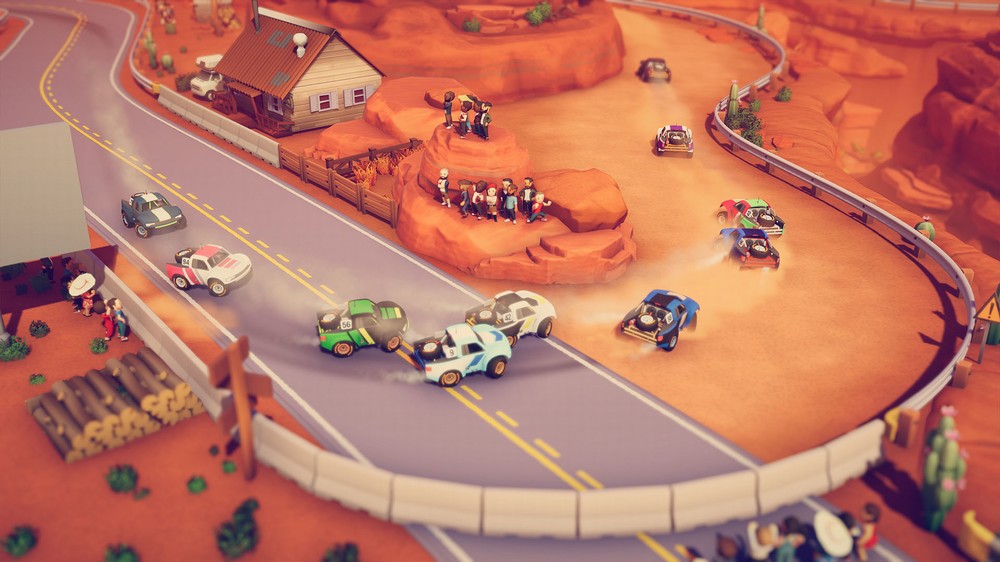 If you just want to explore the content there is a nice Free Play mode and those looking to mix it up with other racers will find a robust online mode as well as a fantastic 4-player split-screen mode that supports Steam’s Remote Play Together.  The online mode lets you join or create your own lobby and Circuit Superstars supports cross-play with Xbox gamers, which certainly boosted the player count in lobbies days after launch.  It also helps that the game has been in Early Access since March of this year, so there was already a lot of awareness for its official launch.  Another fun perk of the online support are global ghosts that allow you to see how other top-players are driving and mastering this tracks.  This ties directly into the eSports integration for Top Gear Time Attack and other competitive game modes such as the Weekly Time Trials.

There is a simple Garage mode that lets you customize your car and driver with any unlocked assets you have earned while leveling up.  You also have a few standard liveries available to choose from before each race.  While you won’t get to appreciate much of the smaller details while racing from the top-view there are numerous camera angles to play with in the robust Replay mode.  The pit stop animations were unexpectedly awesome for such a simple arcade racer. 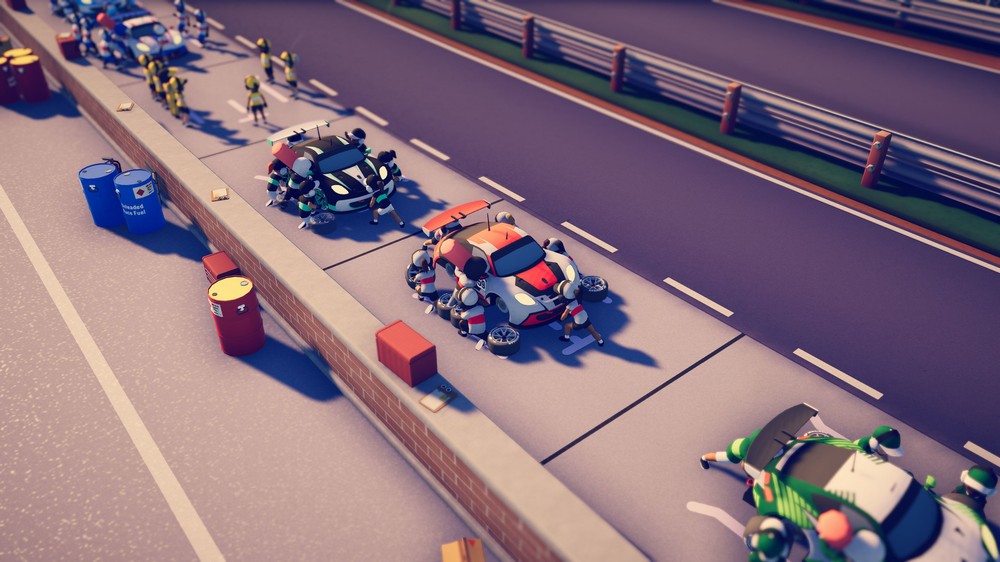 Of course any racing game comes down to physics and handling and Circuit Superstars does take a bit of getting used to with its ice-like tracks that require deft use of the throttle, brake, and analog steering to maintain that perfect drift line while maintaining optimum speeds.  A good example is the 60’s GP Revival where you are driving authentic cars from that era that will spin out if you mash the gas, especially in tight turns.  And the way the disciplines are presented, if you play them in their listed order you then move on to Muscle Cars and then Super Trucks.  By the time you get behind the wheel of a big rig you have likely already driven five other car varieties that in no way prepare you for the shift in momentum or the increase weight of your truck that reduces is stopping distance.  All of these subtle variations across the disciplines do a surprising job of keeping the game fresh and challenging.

The one thing I did notice was an overall lack of rumble support outside of driving on the actual rumble strips in the game or actually hitting another car or trackside object.  There was nothing to directly tie the car to the track or hint at tire grip or loss of traction, and 95% of the time I felt I was driving on ice, which made it take twice as long to master the drifting mechanic.  You will figure it out and it feels great when you finally do, but better rumble would have helped. 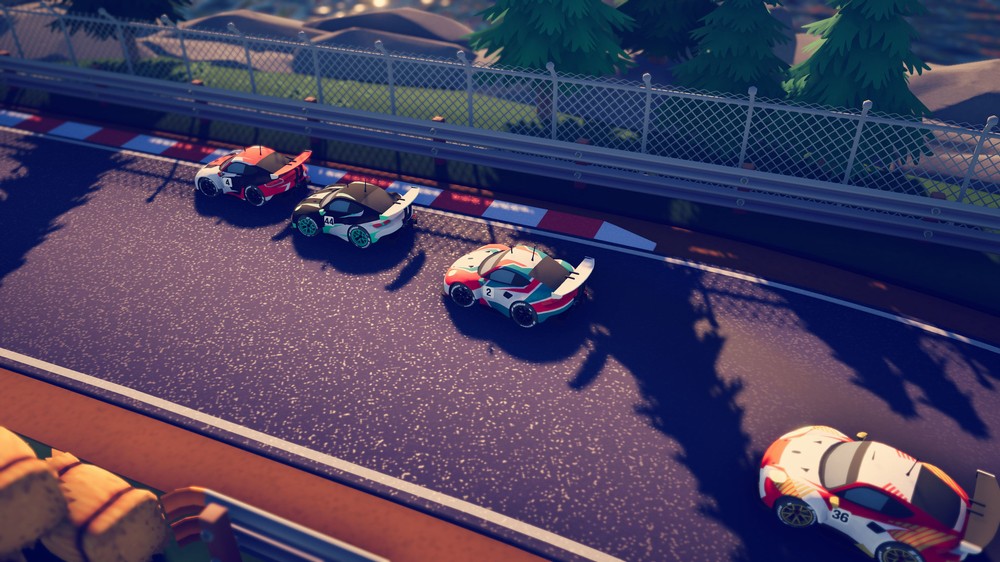 Circuit Superstars looks fantastic and has reasonably good sounds for the various engine revs.  The music is surprisingly great, the menus and UI are easy to navigate and races are fast to load.  I enjoyed the distinct trophies for each skill level ranging from Amateur to Superstar and the actual progression of AI difficulty as you climb this trophy ladder.  Circuit Superstars is a classic example of an arcade racing game yet it does demand a bit of skill and clean driving.  The AI can be unforgiving, so don’t expect to mash the gas and bounce off of guardrails and other cars and earn a podium finish.  You really do need to learn proper racing lines and finesse that brake and throttle to stay competitive, especially in the higher skill levels.  In the longer races you also need to pay attention to fuel and tire wear and pit when necessary.

The single-player portion alone is worth the cost of admission and the online modes have a lot to offer if you are good enough to compete with some of the insanely good players already setting impossible laps times.  I really enjoyed my time spent with Circuit Superstars and I plan to spend a lot more earning those final few gold cups, but anyone looking for a truly fantastic arcade racing experience should definitely check out Circuit Superstars now on Steam (and Xbox) for only $20. 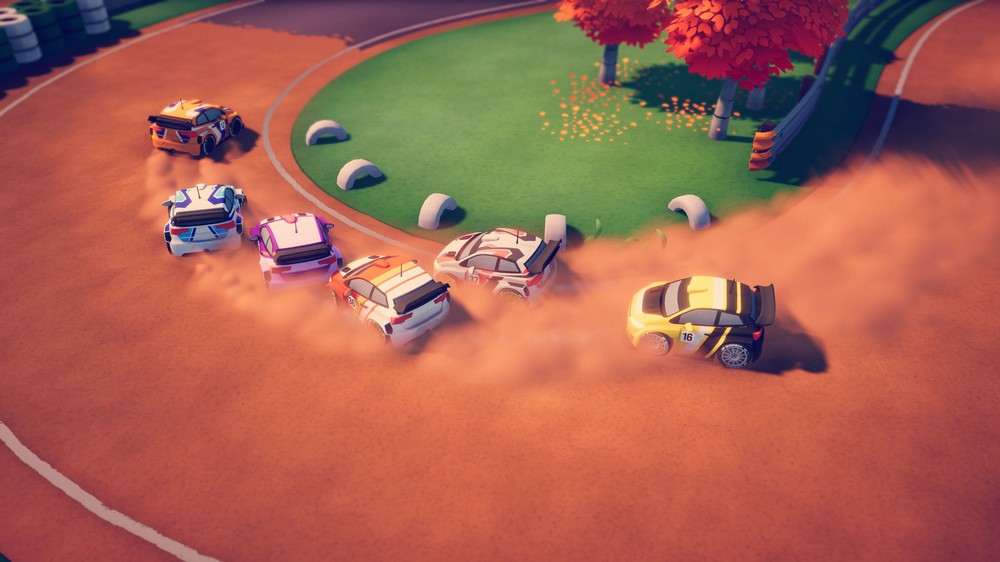 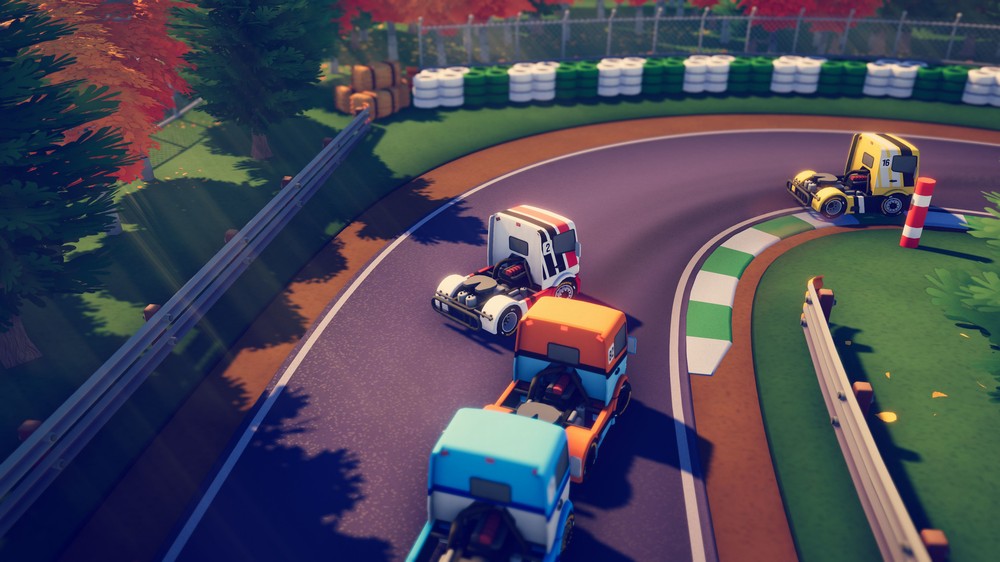 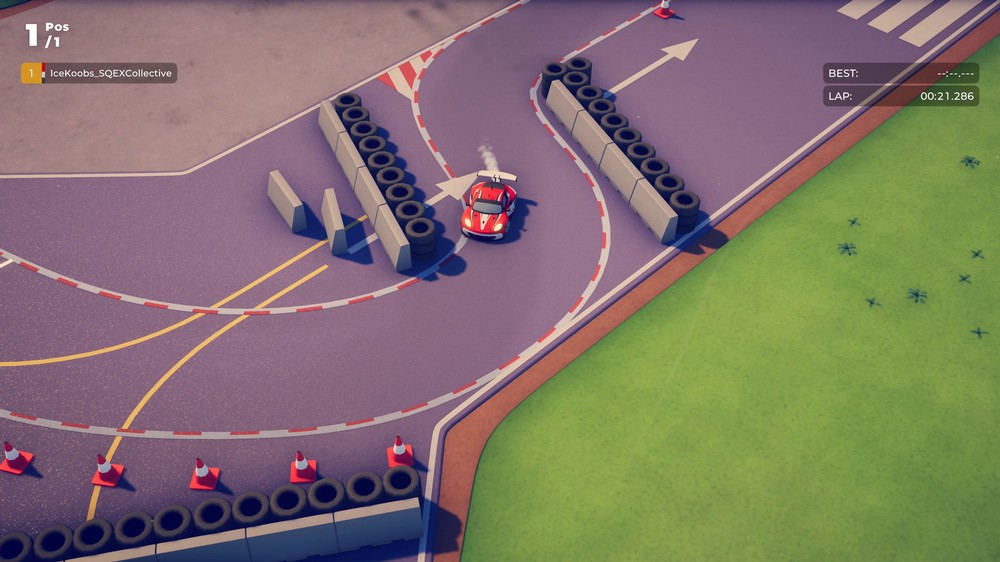