It’s been about six years since adventure games were revived, and it pleases me to say that they show no sign of slowing down. Chaos on Deponia is a hilarious ride through a colorful world with colorful characters. This is a sequel to a game titled, aptly enough, Deponia. While the game does start off with a tutorial, newcomers to the series should start by playing the previous (and excellent) title, since the story directly builds on the events of the previous title (which ended on a cliffhanger).

To bring you up to speed (without giving anything away), Deponia and Chaos on Deponia follow Rufus, a loveable loser who lives in garbage. One day, a woman named Goal falls from the sky, and Rufus decides that Goal is his ticket out of the dump and into a better life. Chaos on Deponia follows his further attempts to get Goal safe and sound to her home in Elysium. Rufus isn’t exactly the most heroic of characters, but he’s got a lot of heart, and Rufus and Goal grow on you. 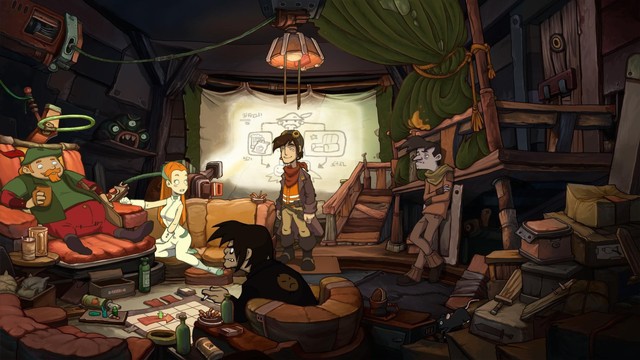 The world itself is a colorful and cartoonish place where you can find just about anything and everyone, and all these elements make a bizarre and fanciful setting. This is a world where there are entire cities built on garbage, where platypus is a delicacy, and where a fat Scotsman leads freedom fighters. The best qualities of adventure games are really in their characters and their worlds, and Chaos on Deponia is full of life and imagination.

The animation in the game looks great. Nearly everything these days is done with polygons, and 2d sprites are almost a memory outside of browser games and deliberately retro 16-bit or 8-bit throwbacks, but Deponia brings to life an adventure game style that hasn’t really been prominent since say, The Curse of Monkey Island. The sprite work in Deponia is well-done, and with today’s display resolutions, this could look at home on a TV. 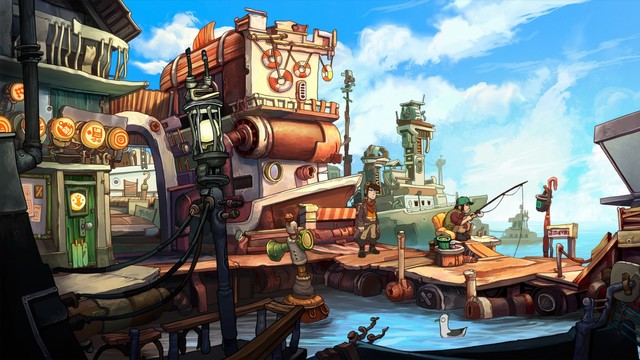 The voice acting and the sound are all well-done. Rufus sounds appropriately roguish, no one sounds bored (a surprising feat in anything less than a AAA big budget title), and I never once felt taken out of the world because of poor sound. I’m surprised at how much love and polish went into this game. Maybe it’s because Daedalic is based in Germany, and adventure games seem more popular in Europe, but this blew away my expectations.

The puzzles in Chaos on Deponia’s are clever as well. I can’t really say too much here without giving things away, but expect a firm challenge without things getting unfair. The game also has a feature that lets you skip puzzles, which is great for those who just want to see the story and characters. There’s nothing wrong with that, but you do miss out on more of the world by just choosing to skip past the game’s actual content. Still, this is a welcome option for those who get well and truly stuck, and getting stuck on a single puzzle for too long can take you out of the world.

The game does have a few flaws. The game’s got a few bugs, such as lines that were never translated out of the original German. Some of the puzzles can be frustratingly cryptic. The game has a load of locales to visit, but this can leave you feeling a bit lost and without direction. Still, in spite of these issues, this is a strong title and a fantastic experience. It stands strong as an adventure game now, and it would have stood strong even in the golden age of adventure games. 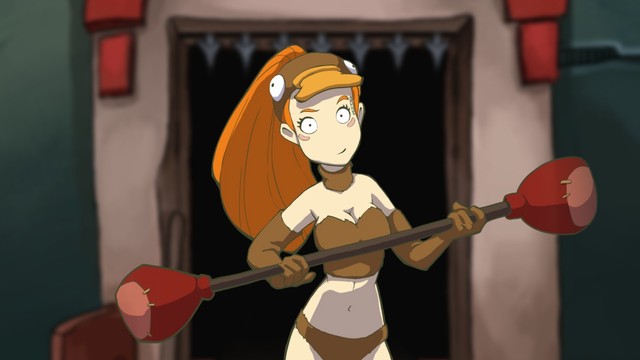 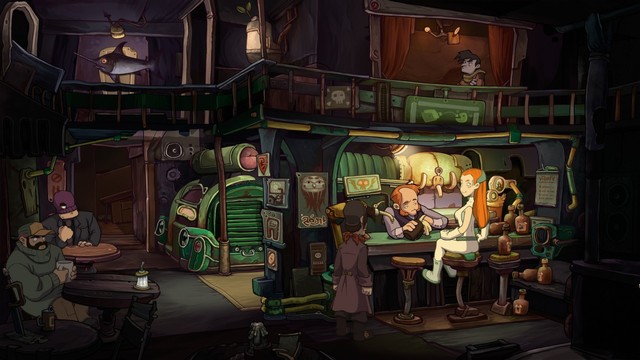 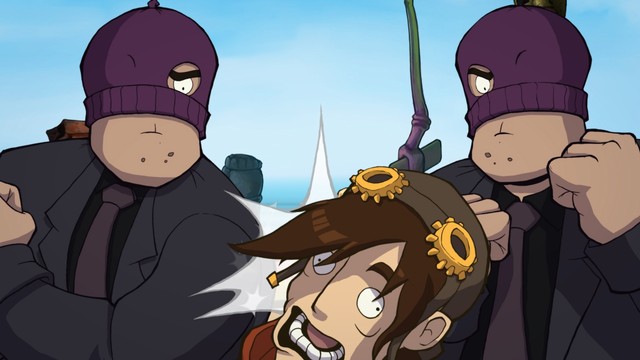 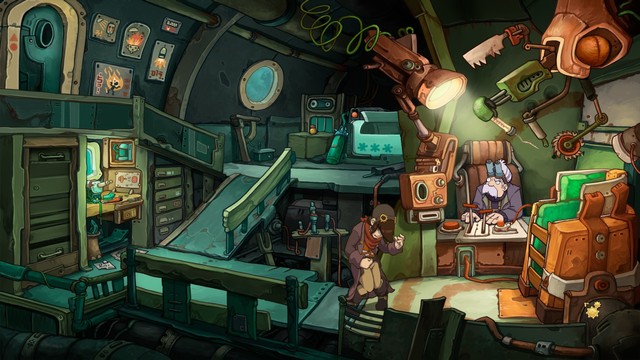 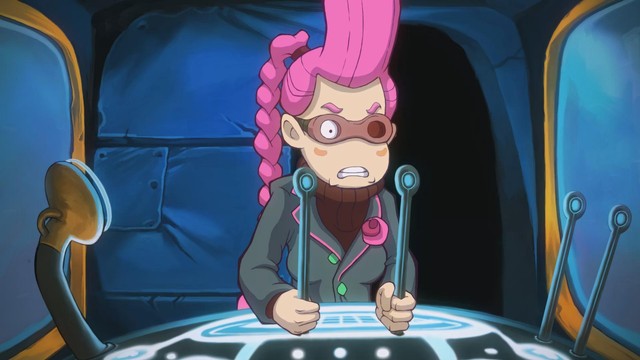