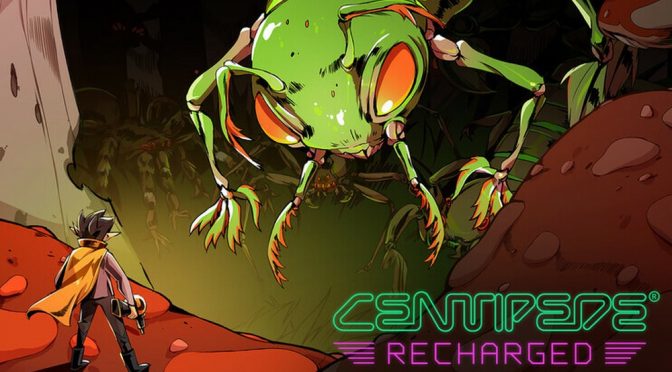 Centipede: Recharged is the latest 80’s arcade game to get juiced up for modern day consoles, delivering vibrant neon graphics redesigned for HD displays, cool new power-ups, addicting challenge stages, and all the frantic shooting action of the original backed up with an impressive original soundtrack from composer, Megan McDuffee that will keep you energized for hours of play. 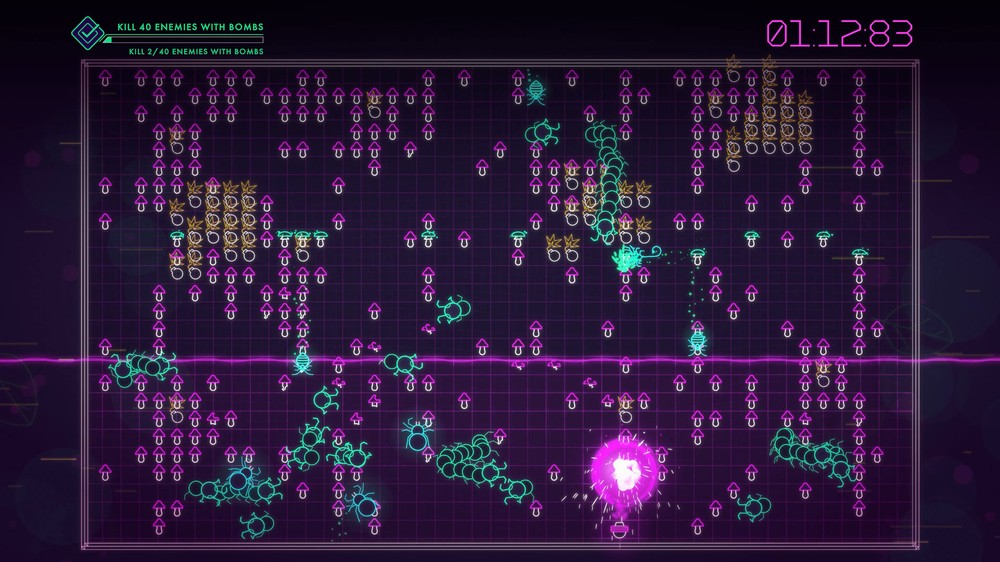 While the core concepts of Centipede remain, Recharged spins the look and the gameplay by reorienting the screen so you are now playing horizontally, reducing the time it takes for centipedes to reach your play area but also giving you a wider patch to navigate and avoid them.  Basic rules still apply; hit a centipede in the head to kill it but anywhere else and it divides and multiplies.  Mushrooms dot the play area taking multiple shots to remove, which can get exceedingly annoying when they start to fil up your play area below the purple line.  Mushrooms block your shots and also cause centipedes to reverse direction and advance, and just about the time you get them cleared away insects will rain down through the play area leaving behind more fresh fungus.

Spiders are the game changer in Recharged, leaving behind useful power-ups and weapon upgrades that are required to stay alive and rack up those high scores.  Rapid-fire, spread fire, bombs, lasers, and side-fire are just a few of the dozen power-ups you can collect by killing the spiders invading your play space.  These power-ups do have a limited usage, so it’s always good to have your next icon nearby when your current weapon is about to expire. 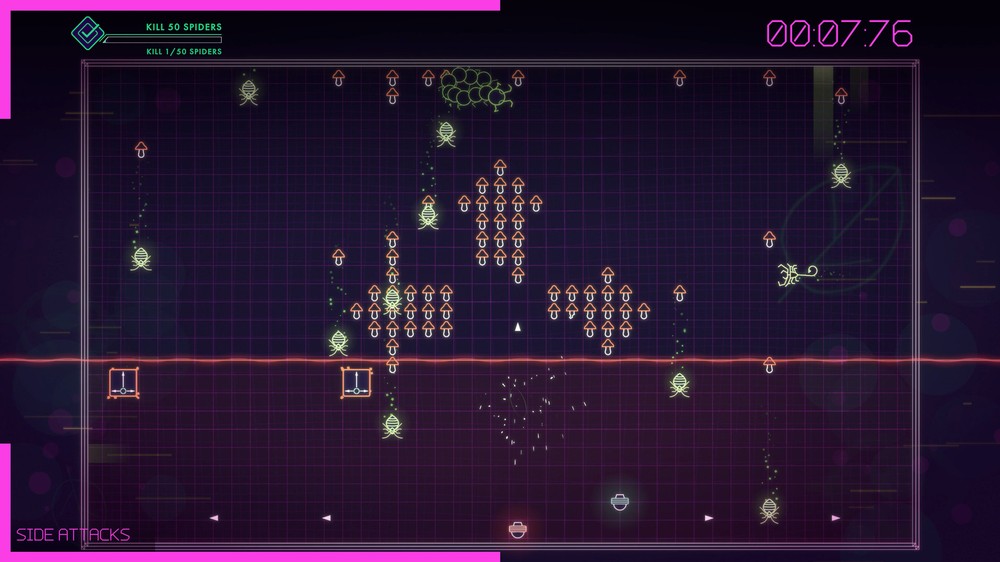 Centipede: Recharged offers a core Arcade mode for solo and co-op play and there are also 30 Challenges that mix up the standard gameplay with rules and objectives to create very specific and surprisingly fun challenges.  It’s a fun way to experience the gameplay with clear completion goals aside from just earning high scores; although high score tables do exist for each challenge and the main arcade game with scores being tracked for your system, scores among your friends, and global leaderboards.

The visuals are clean and colorful with that vector graphics neon glow that we first saw back in the Geometry Wars days.  Combined with some intense techno tracks to drive the action, this is the Centipede game we could only dream of forty years ago.  Controls are tight with responsive analog stick input and rapid-fire execution by simply holding down the X button.  It’s as simple and fun as it gets for a game that is all about reflexes and just a dash of power-up tactics thanks to the new power-ups.

It’s difficult to come up with much more to say about this game, at least in words, so check out my gameplay video with commentary where I will take you through the arcade mode and a few challenges, so you can see the game in action and experience the energy of the gameplay and the awesome soundtrack.  Centipede: Recharged is available on the PlayStation Store for only $10 and works great on both the PS4 and PS5 through backwards compatibility.