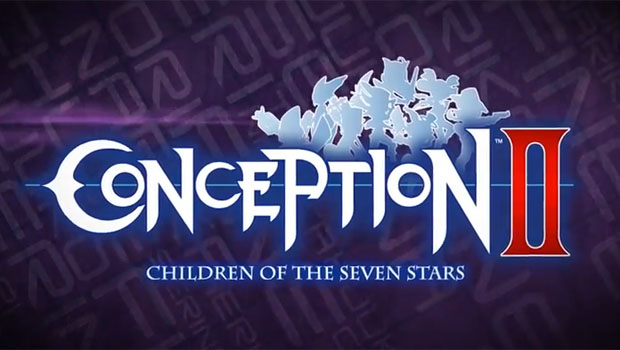 Two more Conception II videos are here. First is the brash, in-your-face, 3rd-year student Serina, who uses the strangest weapon I’ve ever seen (it’s called a kick gun, and it’s some kind of wearable leg laser). She also has a little bit of a complex with her small stature and goes to pretty incredible lengths to fix it.

Then there’s Narika, the ultra-shy class Vice President who has brilliant ideas, but lacks the self-esteem to back them up. Fortunately she’s a little more confident in the dungeons, with one of the strongest attack stats in the game and deadly earth elemental magic.

Konami Digital Entertainment, Inc. has revealed a new trailer for the upcoming DLC for CASTLEVANIA: LORDS OF SHADOW 2.  Entitled ‘Revelations,’ the new content will be released on March 25 for Xbox Live, PlayStation®Network, and Steam® for PC, and follows fan-favorite Alucard as exclusive new branches of the immersive storyline are uncovered. Alucard, the turned son of Gabriel, has shunned human life for many years, choosing to hunt only creatures of the night. The DLC takes place just before the apocalyptic events of CASTLEVANIA: LORDS OF SHADOW 2, where Alucard readies for his father’s return and the forthcoming battle against Satan. As the plot unfolds, it begins to reveal how the lone vampire is inextricably linked to his father’s fate.

The new trailer shows the many moves and skills that Alucard offers, and gives a glimpse into the new locations and story ‘Revelations’ adds. ‘Revelations’ takes place within the epic world seen in CASTLEVANIA: LORDS OF SHADOW 2. Playing as Alucard, gamers must discover the legendary vampire’s secrets, unearth the true extent of his involvement in Dracula’s story, and set in motion the events of CASTLEVANIA: LORDS OF SHADOW 2. The DLC expands the incredible story of the recently-released sequel, with the fate of the Belmont clan unveiled. Alucard has his own unique, powerful abilities, including use of the Glaciem and Igneas powers, in addition to vampiric abilities which allow him to transform into a wolf, a swarm of bats and even turn back time. Blood also fuels capabilities, as drinking the blood of enemies intensifies Alucard’s immortal powers.

CASTLEVANIA: LORDS OF SHADOW 2 is available now on the Xbox 360 games and entertainment system from Microsoft, Xbox Live Games on Demand, PlayStation®3 computer entertainment system, PlayStation®Network, and Steam® for PC.  Its sumptuous 3D world and epic quest are now enhanced and extended with all-new locations, and the chance to experience familiar ones, via the ‘Revelations’ DLC available on March 25th for Xbox Live, PlayStation®Network and Steam® for PC for $7.99 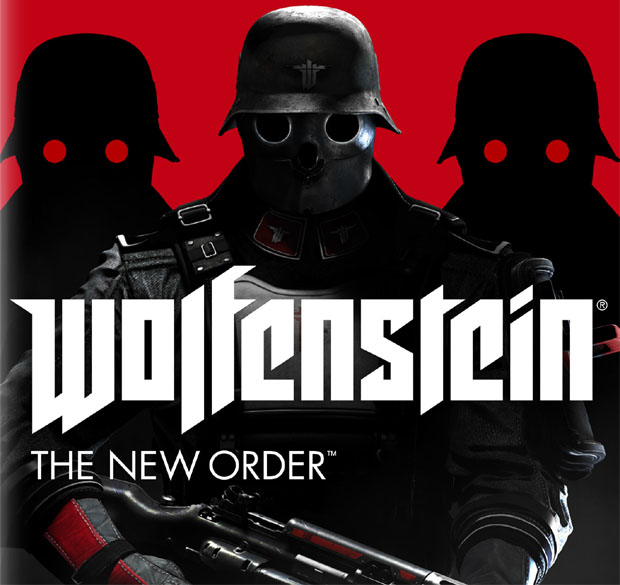 Bethesda has released two new videos for Wolfenstein: The New Order. In the latest installment of the Bethesda Underground video series, ‘Know Your Devs’, MachineGames’ narrative designer Tommy Tordsson Björk discusses his proudest moments while working on Wolfenstein: The New Order, including writing the Chapter 3 train sequence  – one of the many standout moments in the game.

Bethesda has also released a video of the train scene he created – entitled On a Train to Berlin. Check out B.J. Blazkowicz as he first encounters one of Wolfenstein’s most-sinister villains, Frau Engel, on a train from Poland en route to Eisenwald Prison.

Currently under development at MachineGames, Wolfenstein: The New Order, the first-person action-adventure shooter, reignites the franchise widely recognized for pioneering the first-person shooter genre. Set in the 1960s, the monstrous Nazi regime has used mysterious advanced technology to win World War II. They now rule the globe with an iron fist. Wolfenstein: The New Order sends you across Europe on a harrowing mission to bring down the Nazi war machine.

Wolfenstein is slated for release in North America on May 20th and throughout Europe on May 23rd on the Xbox One, PlayStation 4, Xbox 360, PlayStation 3 and PC. As an added bonus, everyone pre-ordering the game will be invited to access the DOOM beta with their copy of Wolfenstein. For more information on the DOOM beta access pre-order bonus, as well as applicable terms and restrictions, please visit: www.wolfenstein.com/doom. 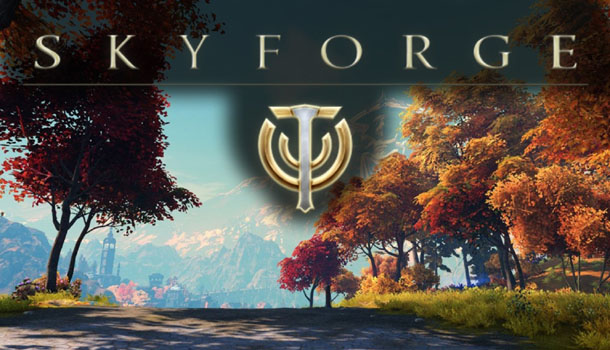 Your destiny is your own to forge. My.com, a subsidiary of Mail.Ru Group, has revealed a new AAA title: the premium massively multiplayer online role-playing game (MMORPG) Skyforge is currently being developed by the Allods Team, an in-house studio of Russian Internet giant Mail.Ru Group, with westernization from US gamemaker Obsidian Entertainment. Skyforge will launch as an immersive MMORPG gaming experience for PCs.

In Skyforge, players develop from immortals, to mighty champions, to powerful gods gaining and developing their mortal followers and powers along the way. Empowered by the faith and skill of their followers, gods battle invading armies in intense, merciless combat to protect their home world.  Skyforge features unique action combat and a massive variety of classes and character customization options as players grow from immortal to invincible gods.

Skyforge is being developed by the award winning Russian game developer Allods Team, a part of the Mail.ru Group. Their last project, Allods Online, was the first major Russian MMORPG and launched in more than 15 countries. The core of Allods Team includes industry veterans who developed internationally acclaimed games including Evil Islands, Etherlords, Silent Storm and Heroes of Might and Magic V.

Set in a world where fantasy meets Sci-Fi and ancient mysteries live side by side with cutting-edge technologies, Skyforge transports players to a stunning universe where mortals and immortals fight for survival against invading gods and their armies.  Players start as immortals newly reborn into the world and vie to become gods themselves.

“This is our most ambitious project to date,” said Oleg Shpilchevsky, The Allods Team’s Head of Development Studio. “With players competing and cooperating on one single giant server, Skyforge brings the massive back to MMORPGs.”

Visceral combat sequences and grand battles unfold across a world settings limited only by the developer’s imagination. To ensure that Skyforge meets the expectations of players worldwide, The Allods Team has enlisted the help of the widely lauded development studio, Obsidian Entertainment.

“We have begun working closely with the Allods Team to ensure that the game is a success in western markets,” said Eric DeMilt, Development Director of Culturalization for Skyforge, Obsidian Entertainment. “We are building a team of accomplished developers to collaborate in class and instance content development as well as westernization. It is an exciting partnership with an excellent development team, and we can’t wait for players to get into the game.”

DYNASTY WARRIORS 8: XTREME LEGENDS (DW8XL) for PlayStation®3 computer entertainment system, is a stand-alone expansion of the highly successful Dynasty Warriors 8, which was released in July 2013 to critical acclaim. It will include new episodes that add to the story of the three kingdoms the game revolves around, focusing on the exploits of the mightiest of warriors, Lu Bu. Additionally, DW8XL will see the introduction of five new characters, giving players the option to choose between 82 warriors in total. DW8XL will also feature multiple hypothetical scenarios that alter the plotlines of various episodes throughout the ‘Romance of the Three Kingdoms’ story, an expanded Ambition Mode and the popular Challenge Mode. The Free Mode has also been significantly enhanced, featuring among other things, the Xtreme Legends ‘Ultimate’ difficulty level.

DYNASTY WARRIORS 8 is a historical tactical action game that follows the stories of the kingdoms of Wei, Wu, Shu and Jin through the actions of historical military and political figures of the time as they fight to gain control over the Three Kingdoms of China. It features more than 40 completely new stages: verdant plains, desolate wastelands, sharp ravines, huge castles, and other breath-taking sites, giving stronger emphasis in the stage of these epic battles and inspired by ancient landscapes. 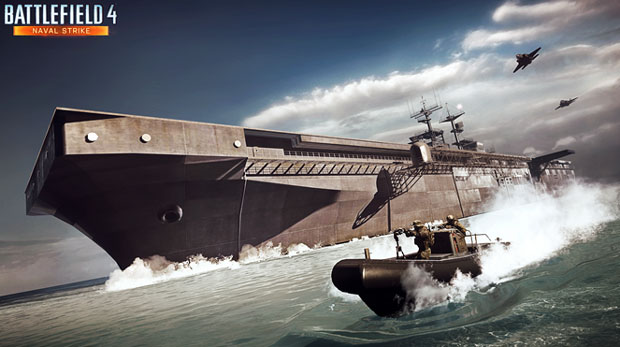 We’re stepping our game up – here are two more of Conception II’s heroines: Ellie and Chloe. Ellie is the fan-favorite thanks to her sparkly disposition and the literal stars in her eyes. It also helps that she has an extremely high magic attack stat.

And then there’s Chloe, the super-genius older sister to your best friend Chlotz, who’s so smart she’s a teacher to the disciples. She doesn’t mess around as a teacher in order to keep you and the other disciples in line, but that doesn’t mean she won’t let loose now and then…

Tales From The Dragon Mountain 2: The Lair is now available for PC and Mac

It has been years since the brave Mina Lockheart defeated Lord Strix. But dark shadows are rising once again! He has awaken from his slumber and is breeding a new army to enslave all creatures from the Dragon Mountains!

It is once again up to Mina and her best spirit friend Malik to travel distant parts of the world and find clues on how to open the passage of a hidden wasteland. It is here where Lord Strix’s lair can be found. Meet different characters along your journey, help them and have them help you. Search and discover new places, but hurry! Lord Strix gets stronger by the minute! 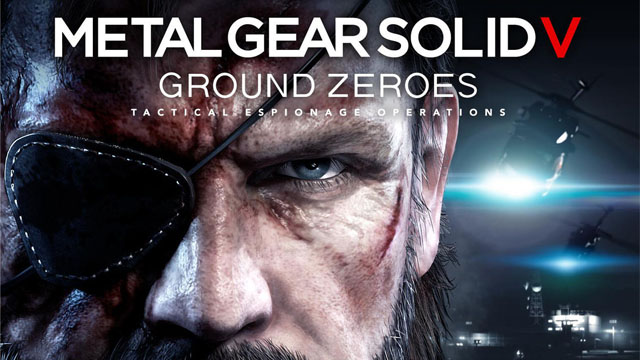 Set in1975, the GROUND ZEROES story centers on Big Boss, legendary hero and mercenary, as he infiltrates a secret Cuban prison camp called “Camp Omega” on a rescue mission with a need to remain undetected. Quickly, he finds himself behind enemy lines in a massive base with the freedom to choose what route to take; he can attempt pure stealth, open action, or something in between – how the mission is carried out is entirely up to each individual player. The game also features additional side missions that extends gameplay beyond the main prologue mission.

GROUND ZEROES features groundbreaking new technology and features made possible by Kojima Productions’ FOX Engine. These include the use of day, night and weather conditions that dramatically alter gameplay decisions. The game also utilizes a new, non-linear gameplay style for players to come up with numerous approaches and challenges, offering higher replay value. Furthermore, the game features an online global ranking system where players can compete in unique in-game/mission challenges and achievements and see how they stack up against others. Finally, players will find second screen functionality via the iDROID app. The app offers players a way to access maps, summon air support or play cassette tapes found throughout Camp Omega without blocking the view of nearby soldiers or areas. The iDROID app is available on iOS, Android and Xbox SmartGlass systems for free download.

METAL GEAR SOLID V: GROUND ZEROES is available now for the Xbox One, the all-in-one games and entertainment system from Microsoft, and PlayStation®4 computer entertainment system for $29.99 SRP for either a retail or digital download version of the game. For the Xbox 360 and the PlayStation®3 system, the retail version is $29.99 SRP, and the digital download version of the game is available for $19.99 SRP.

The METAL GEAR SOLID V: GROUND ZEROES  iDroid app for iOS, can be downloaded for free from the Apple App Store  or for Android devices via Google Play App Store.