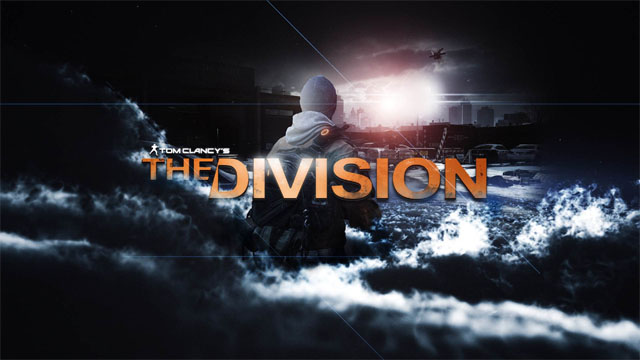 The Division takes place in New York three weeks after a lethal virus, released on Black Friday, has swept through the city. One by one, basic services have failed. Society has collapsed into chaos. The President invokes Presidential Directive 51, and The Division, a top-secret unit of self-supporting tactical agents, is activated. Leading seemingly ordinary lives, Division agents are trained to operate independently of command in this type of emergency situation. When the lights go out, their mission begins.

In a Tom Clancy universe dedicated to realism, players can explore the once-familiar streets and landmarks of the Big Apple, now decimated by looting and overrun by clans that will do anything to survive. From Central Park to the subway to the Statue of Liberty, nowhere is safe. Discover a persistent, online, open-world New York where exploration, combat, and RPG player-progression are essential.

Checkout this short but informative Developer Q&A that highlights the exciting Snowdrop engine.

What do you think about the next-gen consoles? Do you really think they will be industry-changing?

Absolutely. The new consoles are revolutionary machines. They have more powerful hardware, innovative input devices and services, faster memory, and the latest generation of more programmable and flexible graphic processors.

This explains why expectations for this generation of games are much higher: aiming at more realism, graphical fidelity, a higher level of detail in physics and animation, etc.

With the next-gen consoles, players will discover new kinds of experiences that we believe will result in industry-changing and immersive games. We’re really excited about the upcoming games; it is the beginning of an awesome new era for players. 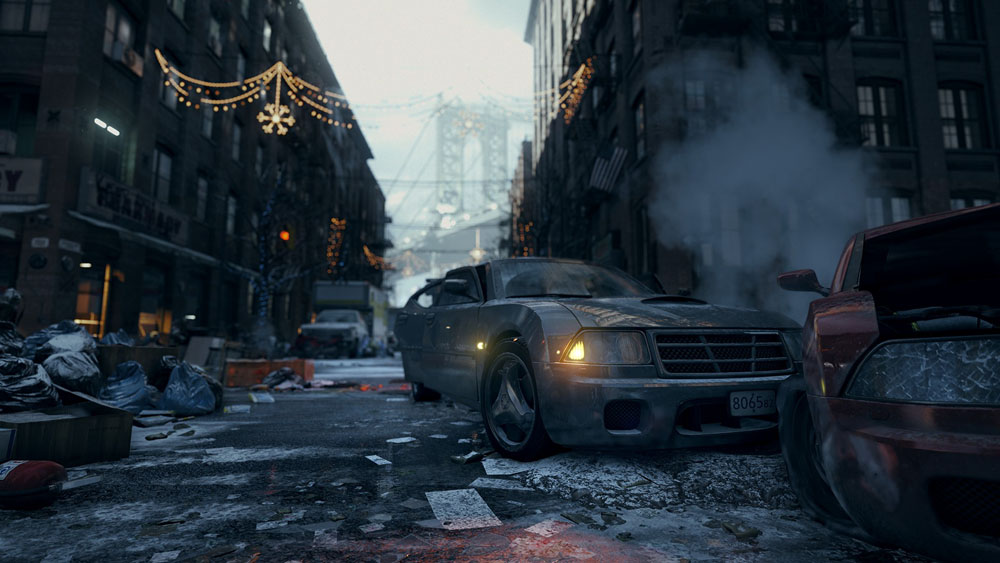 Massive is a relatively small studio, so how will Snowdrop enable you to achieve the game that you envision?

Expectations of new consoles are very high which implies a heavier workload, increased team sizes and budgets for production of games. We were anticipating this workload and tried to rethink the philosophy of game development, including the way we would build and use our engine. As a relatively small team, we also needed to find an efficient way to create a high-quality AAA game whilst staying true to our culture.

We re-evaluated the entire development workflow, and focused on trying to do things better, not bigger. In the end, the answer to a smarter way was the creation of Snowdrop. 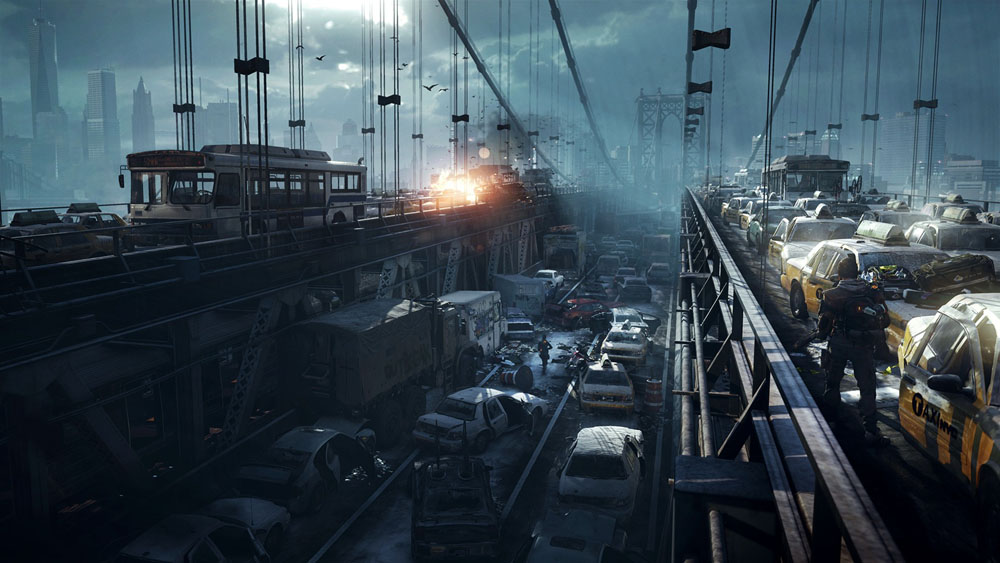 How did you implement this philosophy in the Snowdrop engine?

At the core of the Snowdrop engine, we want to empower the developers. When using Snowdrop, the artists, the designer and the animators have full power and control over the engine to achieve their ideas and vision. Snowdrop is a dynamic, interconnected and flexible system. At the same time, it’s very intuitive and easy to use.

Everything in this engine runs in real time, to avoid the usual baking time. The game and the editor are unified, enabling the developers to see exactly how their creations look in the game instantly. This allows us to have numerous iterations for each feature. The faster an idea can be implemented and tested, the more time we have to make it perfect for Tom Clancy’s The Division. Since the game is playable at all times, and we do not have to wait for daily/weekly builds, we can constantly check the coherence of the world.

Lastly, working with games needs to be fun. If the tools are not fun to use, you undermine individual creativity. We get all kinds of surprising and unexpected results from an easy, intuitive and powerful tool like Snowdrop. 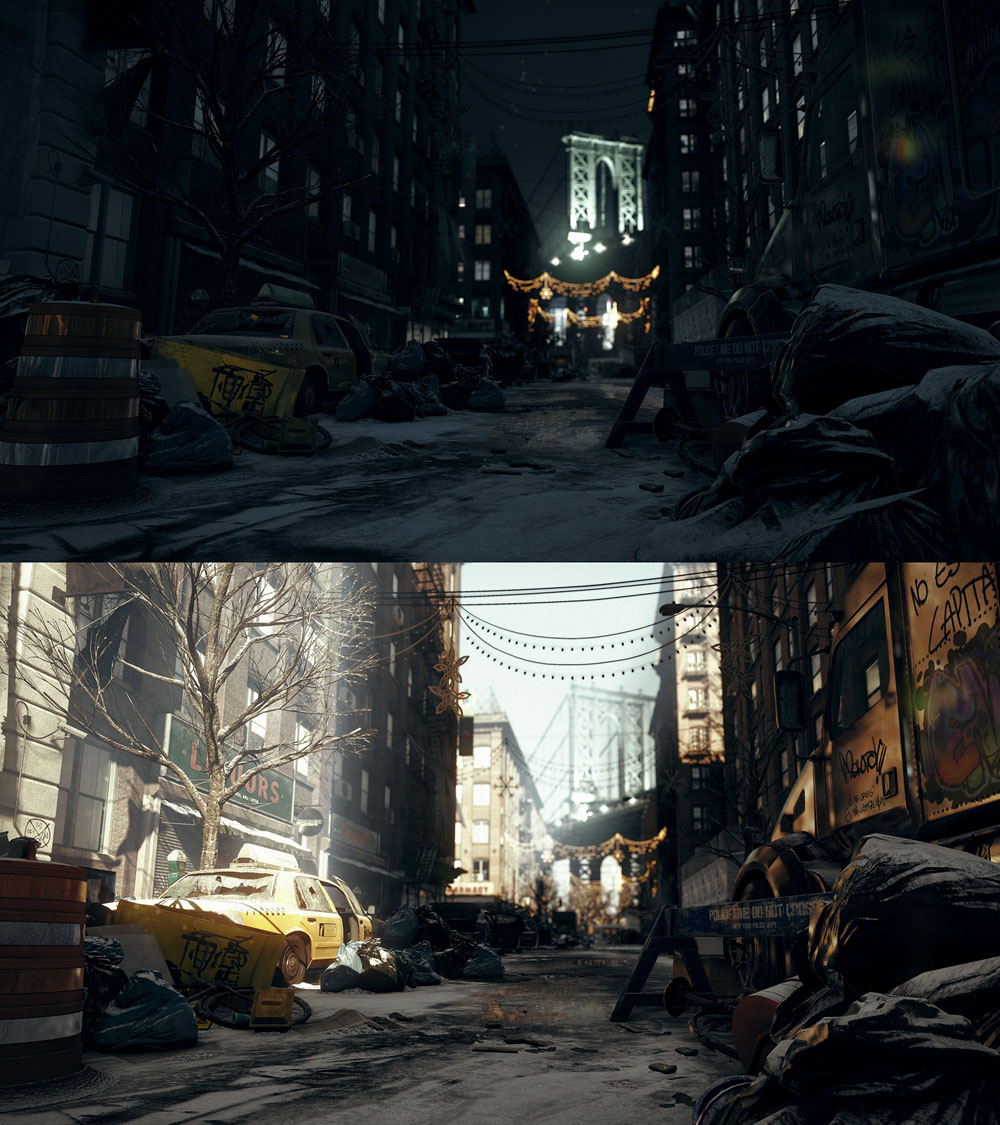 Can you give concrete examples of how Snowdrop will improve the gaming experience?

Nowadays, we have many amazing systems that create impressive, large-scale effects. However, we strongly believe that attention to detail, realism and tangible interaction between the characters and the game world will make the strongest difference for gamers.

As such, we are trying to recreate the most detailed New York City ever shown in a video game: meaning both the huge scale of the city, as well as the most intricate details. Snowdrop has different tools that make it possible. With the building tech for instance, we can create a huge, diverse and detailed city, starting from just a limited amount of building blocks. We actually developed a similar system for objects, to populate the highly detailed world of Tom Clancy’s The Division.

Snowdrop’s lighting system will also enhance the players’ experience. Taking inspiration from film production techniques, we are able to reach a higher level of lighting fidelity: real-time dynamic global illumination, time of day, indoor and outdoor lighting. Any change in the game environment will have an impact on the lighting.

As you have probably noticed in our E3 demo, we want the world to react to the actions of the player. We are strongly focusing on “realistic” interactions between character and game, like the “closing car door” while crouching behind a car, a physically-realistic jump over the hood, etc. to achieve complete immersion in our world. 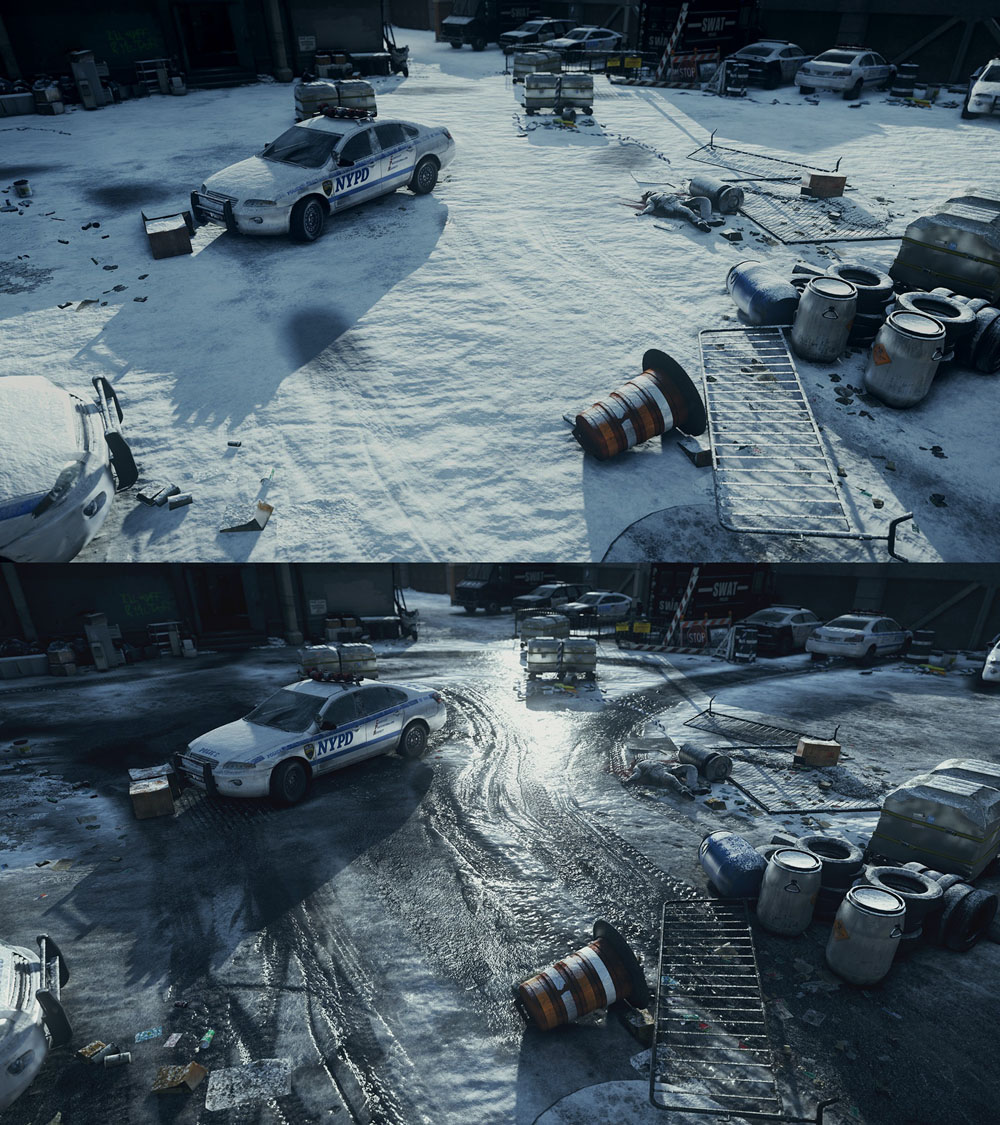 How realistic is the destruction system going to be?

The destruction system was extremely important to us since our game is strongly focused on tactical, cover-based combat. We developed a very visceral and accurate destruction experience using procedural techniques. The destruction effect is not pre-baked in the game, it reacts differently depending on the physical forces at play.

These surfaces are split and destroyed in real time. For example, glass shatters and wood splinters like it would in the real world. This means that the effect is completely different whether it is plaster, concrete or brick.

Could this game be released on current-gen?

Tom Clancy’s The Division has been designed specifically for next-gen. We were only able to achieve many of the features we have in the game thanks to the power of the new generation of consoles. Those platforms have opened many new opportunities to create more immersive and dynamic worlds, and enabled us to create the universe we had envisioned for the game. This is why there are no plans to release the game on current generation platforms. Our game will be available on Xbox One, PS4® and PC.