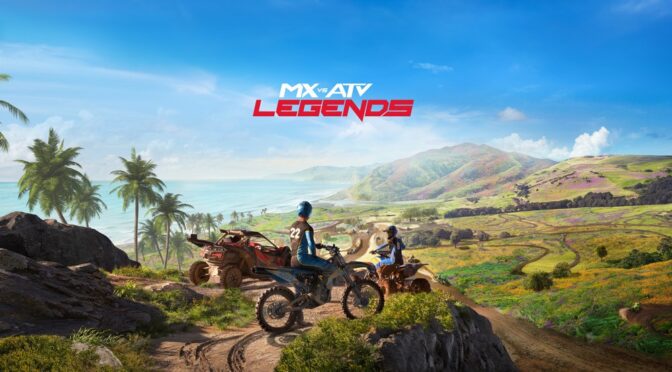 THQ Nordic and Rainbow Studios today announced the release of MX vs ATV Legends! Now available for PlayStation 4, PlayStation 5, Xbox Series X|S, Xbox One, and PC, Legends takes players from casual, coastal rides on top of their favorite UTV to taking control of the fastest machines on two wheels to compete in relentless series events! MX vs ATV Legends features a deep career mode, all-new, massive open environments as well unprecedented vehicle and gear customization! A Refined physics system and a split-screen, as well as an up-to-16-player online multiplayer PLUS the BIGGEST OEM vehicle DLC in the franchise’s history, make “Legends” the most ambitious installment in the whole series.

Like its predecessors, the full Legends experience will include a robust DLC schedule that starts on Day 1…TODAY! The OEM Vehicles DLC will feature bikes, ATVs, and UTVs from ALL of the biggest names in off-road vehicle manufacturing.

For a complete list of OEM vehicles featured in the OEM Vehicles DLC, as well as news and updates on MX vs ATV Legends, visit mxvsatv.com or @mxvsatv on social.