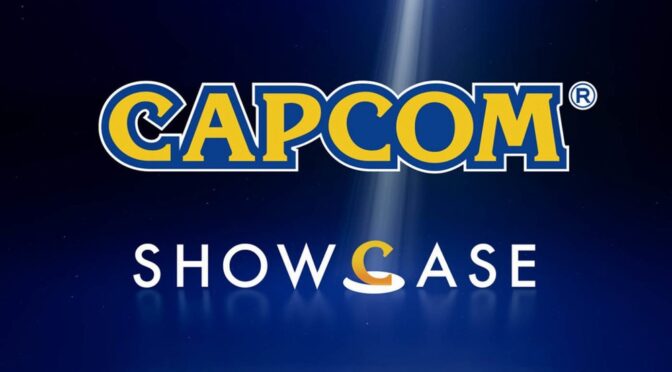 Capcom, the world-renowned developer and publisher of video games, provided a deep dive into its exciting lineup of upcoming titles today during the Capcom Showcase. The digital broadcast kicked off with a look at the challenges that await players in the approaching June 30, 2022 release of Monster Hunter™ Rise: Sunbreak. The show also featured multiple exciting additions to the world of Resident Evil™, including Resident Evil™ Village Gold Edition and its Winters’ Expansion, plus surprise releases of three enhanced Resident Evil titles, and an extended sneak peek at the recently revealed Resident Evil™ 4. A new dinosaur forecast signaled the first chance to suit up in Exoprimal™ with the Closed Network Test next month. Viewers were also treated to a series of spotlights for highly anticipated Capcom titles, including Street Fighter™ 6, Capcom Fighting Collection, and Capcom Arcade 2nd Stadium.

Resident Evil Has a Selection of Good Things on the Way, Stranger

Those yearning for dark shadows got a first glimpse of the long-awaited DLC for Resident Evil Village.  The Winters’ Expansion arrives Oct. 28, 2022 on all available platforms. The new content includes a Third-Person Mode for the campaign, The Mercenaries Additional Orders featuring new stages and playable characters Chris Redfield, Heisenberg, and Lady Dimitrescu; and a continuation of the story in Shadows of Rose. Set 16 years after the events of Resident Evil Village, this new tale follows Rose Winters, the daughter of main protagonist Ethan, as she struggles with her terrifying powers. Players must explore and survive a warped and mysterious realm inside the consciousness of the Megamycete in search of a cure. Resident Evil Village Gold Edition, a bundle of the Winters’ Expansion and the main game, will also launch on Oct. 28, 2022 in physical and digital formats for PlayStation®5, Xbox Series X|S, PlayStation®4, Xbox One, Steam, and Stadia. Resident Evil™ Re:Verse, a multiplayer experience which will be free for Resident Evil Village players, will go live on the same date. Resident Evil Village Producer Tsuyoshi Kanda also shared the game’s main story is now in production for PlayStation®VR2 and Mac.

Fans with the newly announced Resident Evil™ 4 on their bingo cards are also in luck, as Director Yasuhiro Ampo and Producer Yoshiaki Hirabayashi discussed the modern reimagining of the 2005 classic. The development team aims to dial up the original release’s key feelings of loneliness and the fear of enemies blinded by zealotry; when the action-packed survival horror title reawakens March 24, 2023.

Exoprimal Forecasts an Early Dinosaur Outbreak on the Horizon

The first opportunity to repel swarms of dinosaurs in Exoprimal, a brand new IP from Capcom, arrives next month. Register today for a chance to participate in the closed network test on Steam for PC this July and be among the first Exofighters to try this team-based action game before it deploys in 2023.

To prepare players before they suit up in mechanized combat armor and join the fight, Exoprimal Director Takuro Hiraoka presented a briefing on the dynamic main game mode, Dino Survival. In this multiplayer experience, two squads of five Exofighters race to complete orders assigned by Leviathan, the sinister artificial intelligence behind the dinosaur outbreaks. Teams must complete missions before their rivals to win, stay alive, and continue searching for a way to escape Leviathan’s deadly games.

A new trailer teased a selection of objectives that make up Dino Survival. These include VTOL Defense, where squads defend downed aircraft from dinosaur onslaughts, and Omega Charge, which introduces a massive hammer that Exofighters will wield to obliterate targets. The video also unveiled two new Assault class Exosuits that are absolutely armed to the teeth. Barrage, a burning bombardier, and the rail gun-wielding sniper Vigilant join a growing armory of futuristic suits that teams can swap between on-the-fly to coordinate and overcome any challenge. While many situations pit players against hordes of dinosaurs, there are others where they clash directly with opposing squads, and even some where rival teams must band together to take-down common foes, like the twisted Neo Tyrannosaurus.

Monster Hunter Rise: Sunbreak Shines Light on the Trail Ahead

Hunters can pursue an early taste of the action when a free demo for Monster Hunter Rise: Sunbreak emerges shortly after 7pm PDT tomorrow, June 14, 2022, for Nintendo Switch™ and Steam. Digital pre-orders are now available on both platforms and come packed with a bonus Palamute and Palico layered armor set.

Hunters eager to track down the next content update beyond the June 30, 2022 launch can anticipate Lucent Nargacuga the Moon Swift Wyvern returning in August with the iconic Forlorn Arena. Beyond that, more content is planned for Monster Hunter Rise: Sunbreak this fall, winter, and into next year.

Dragon’s Dogma™ Director Hideaki Itsuno also joined the program to thank fans as the open-world action franchise celebrates its 10th anniversary. Arisen can look forward to a dedicated video message from the team later this week, so tune in to the Dragon’s Dogma YouTube channel on June 16, 2022 at 3pm PDT.

Additional games making an appearance in the show included:

We look forward to sharing more updates on upcoming Capcom titles as the year continues.