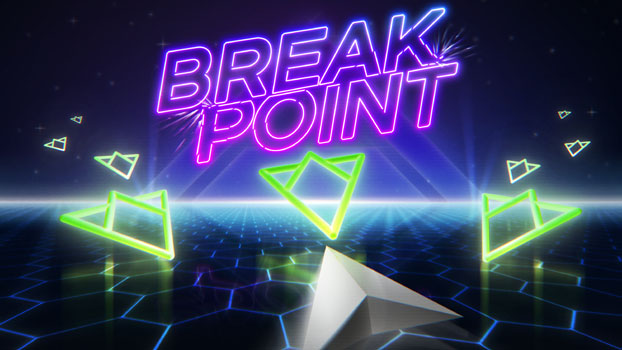 Breakpoint is the latest arcade game to hit Steam that brings the thrilling challenge of neon 80’s arcade madness to your PC.  Taking everything you love from games like Geometry Wars, Asteroids, and Tempest, the designers have transformed the twin-stick shooter into a genre all its own because in this shooter you don’t shoot.  Breakpoint may look and play like a twin-stick shooter on the surface with one stick moving your arrow-shaped Asteroids avatar around the screen while the other stick spins it around, but that’s where all preconceptions end.  The first time you squeeze the trigger or hit the shoulder button reveals that this is a melee game, a melee game unlike anything you’ve played before. 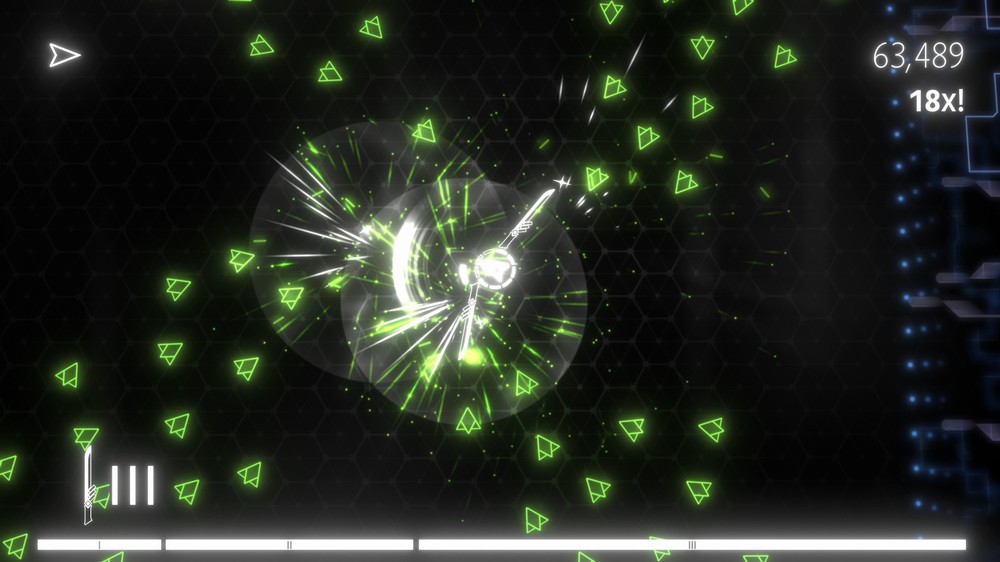 Instead of firing a barrage of lasers and missiles at incoming targets you’ll be swiping and slashing with daggers, swords, axes, and other melee weapons.  This, combined with the stunning way these weapons materialize and move are interesting enough, but then we have the Break system.  Every time you attack you collect energy from defeated enemies that energizes your weapon up to three power levels.  Every time you swing your weapon a segmented countdown ring depletes around your ship, and once the ring is empty your weapon explodes at whatever current power level it is at, taking out all nearby enemies and incoming projectiles while enemies further away will get knocked back.  This basically establishes a rhythm where every tenth attack is an explosive smart bomb, so you can create your own tactics and strategy to the game by maneuvering around the playfield trying to get clusters of enemies gathered around for maximum effect.

You have several weapon types to choose from, each with their own reach and area of destruction.  You can throw your weapons if you need to clear an escape path and they might even explode if they hit enough enemies.  There are a dozen enemy types that might call for varied tactics but most of the time the game simply calls for continuous avoidance of their projectiles while wildly slashing your weapons nine times then luring everything into a corner…BOOM! 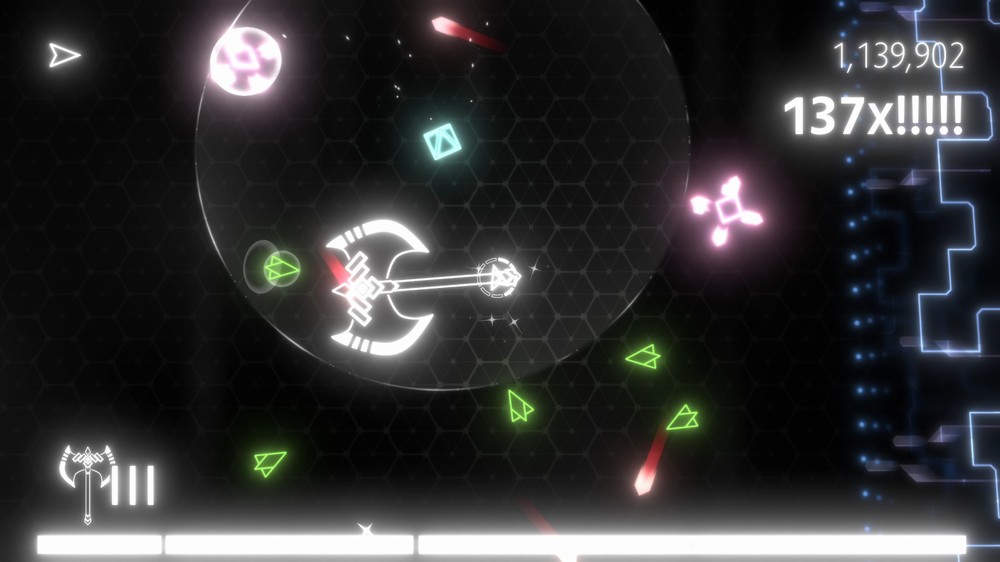 Keeping with the arcade design is the eternal quest for high scores and top rankings on the leaderboard.  One of the coolest features here is the ability to watch replays from players on the leaderboard entire games, thus learning valuable tricks by seeing how they played then trying to replicate those tactics yourself. It’s impressive seeing somebody hit 300x combos and millions of points before they lose their first ship.  Breakpoint is just as addicting as any arcade game I was stuffing quarters into back in high school, perfect for parties or just quick bouts of insane solo action.

The presentation is excellent with simple visuals constructed from primitive wireframe shapes that come alive with explosive visual effects that turn the game into a nonstop fireworks exhibition.  Combined with powerful sound effects and some thumping music you’ll feel like you’re at the arcade.   Breakpoint can be played with a mouse and keyboard but clearly was intended for a controller. 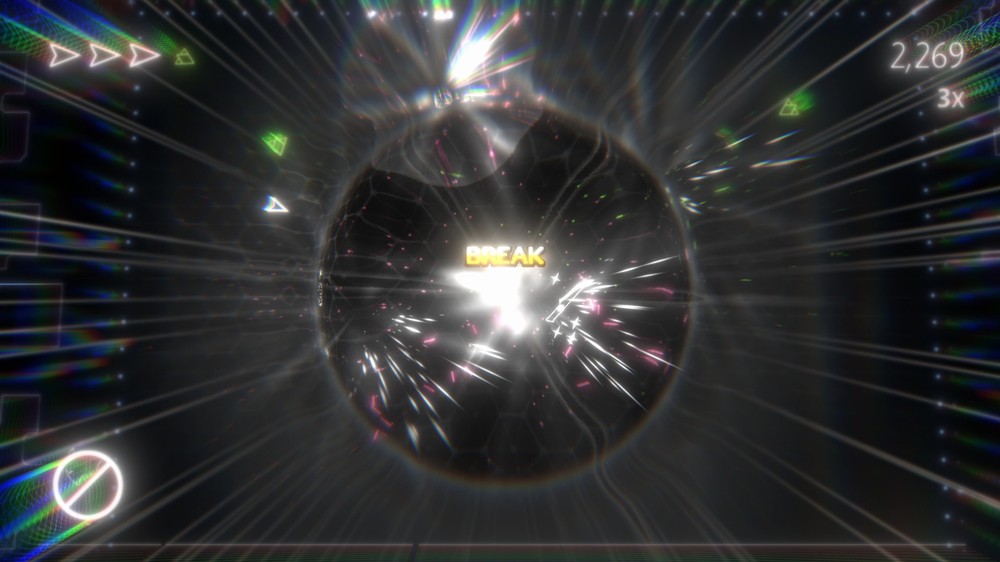 Breakpoint is a fantastic, fun, addicting, arcade-style brawler that looks like a shooter but plays like the Warrior from Gauntlet…no food required.  The game has that “one more time” appeal that will keep you playing longer than you probably should and the ability to watch other people’s games is pure genius.  And for only $5, if you play the game at least 20 times the game just paid for itself in quarters/tokens.