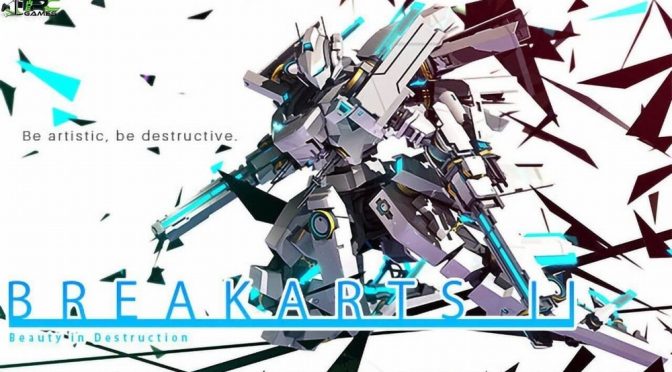 Break Arts II is a Mecha builder’s dream with Wipeout-esque racing thrown in for some high-speed thrills to heighten the game experience. Developed by MercuryStudio and published by PLAYISM Break Arts II lets you take on the role of a character living in a world that has a VR-Style world racing league that uses mobile suits to battle and race to become champion of the Break Arts Grand Prix. Originating as a mobile game it was initially released in 2018 where it sits at a mostly positive review score. 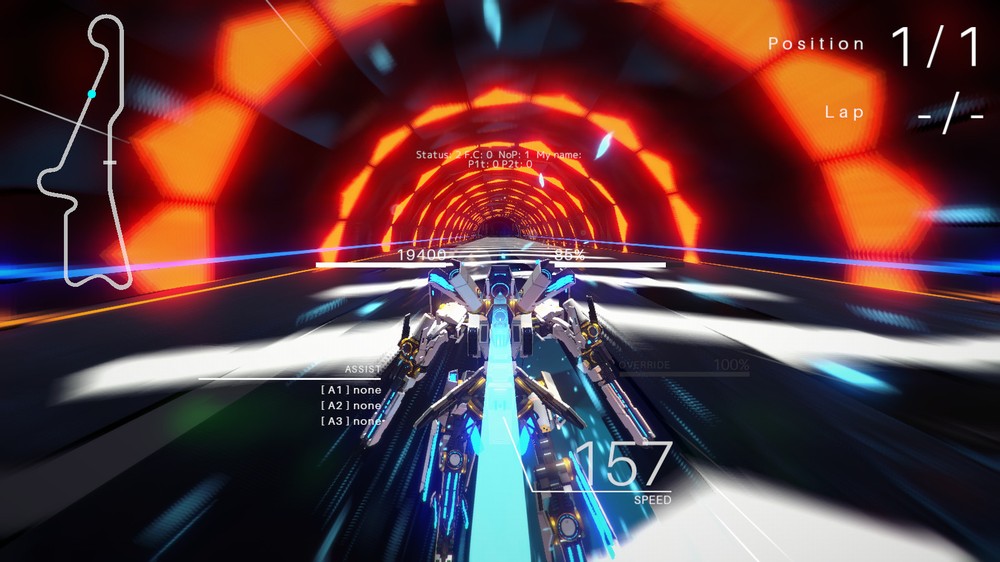 You as the main character are only showcased as your mobile suit itself, there isn’t a pilot that you create or anything to identify with, which is strange, but I suppose in a virtual world people would see you as your avatar and not your real persona. Story wise there is the Grand Prix that you are trying to become champion of where you progress and unlock more races and parts as you gain money. Money is your experience in your build rank, and it is easy to earn as you can repeat races and keep winning to increase your standings further. There is a multiplayer option as well that you can play, but as writing this I was never able to find anyone to play with, so I can’t confirm what rewards you can gain. 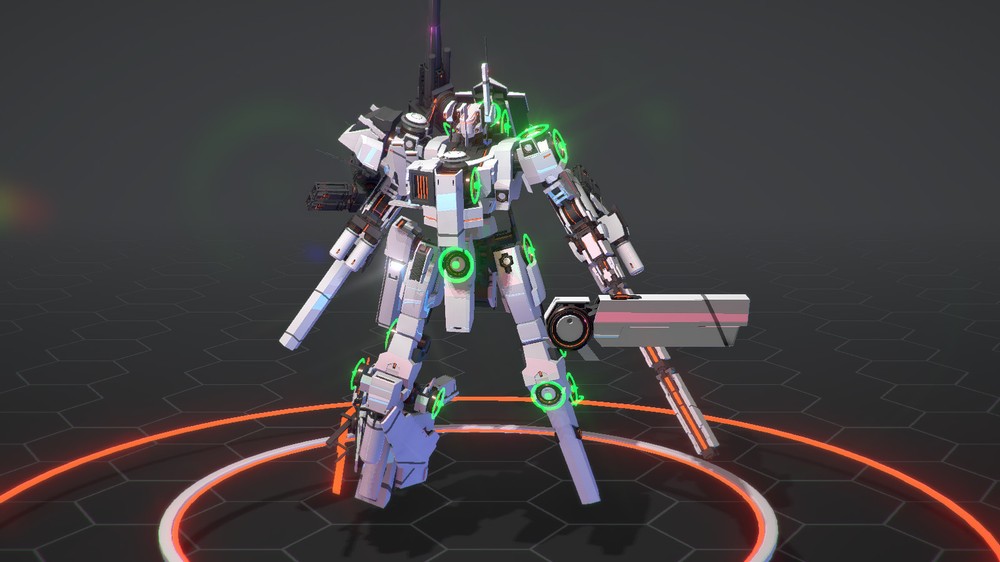 The customization of your mobile suit is very in depth where the parts you choose aren’t just bolted on in a predetermined slot, but you control where they attach and even the angle at which it is applied. The parts you choose determine your armor, speed, energy cornering ability and boost capacity; you name it you can probably adjust it by customizing your parts. By far my favorite is the weapon system because again, you don’t just choose a weapon; you build every part of it yourself. Your weapon can start off as a rifle and by continuing to add barrels and some scopes it’s suddenly a sniper rifle. Have a single missile launcher but want a missile pod, just attach more launchers to it; boom missile pod. You have quite a lot of control over it, but you don’t want to go overboard or suddenly you will find yourself having no speed due to the weight of your weapons. It is really about finding a good balance until you can further increase your capacity. 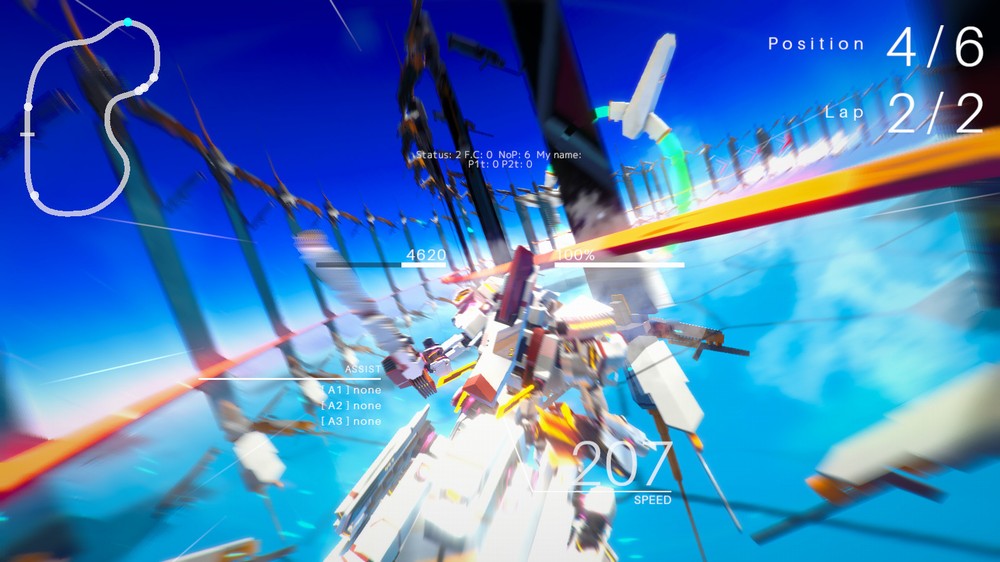 Races are straight forward in Break Arts II due to the fact all you control is your boost, firing weapons and cornering. The game plays much like a rail racer where you don’t press a “go” button; you just go all the time.  This seems to be stemmed from the fact that Break Arts originated as a mobile game and that explains why you don’t even have to aim almost any weapon, as they all use a sort of lock-on system and all you do is fire them to take out the other “racers”.  I’ll explain why I say “racers” a bit later. The main skill you are going to want to master is going to be boost control because that is going to determine if you are going to slam into a speed reduction wall or make that last clutch turn and keep up your momentum. I won almost every one of my races while playing by utilizing boost and non-stop shooting the other racers to knock them out temporarily while you overtake them, but unfortunately the same can happen to you, so be prepared to load up on armor to protect yourself.

One of my biggest complaints is that during the races your HUD aka heads up display, is extremely cluttered with information such as your speed, armor, A.I assist active and weapon cooldowns boost meter and the “override” function that allows you to bypass all safety meters for extreme speed for a short burst of time. I felt like it did not have to all be centered in the middle of the screen and detract even further from the races and visuals I was hoping to see. 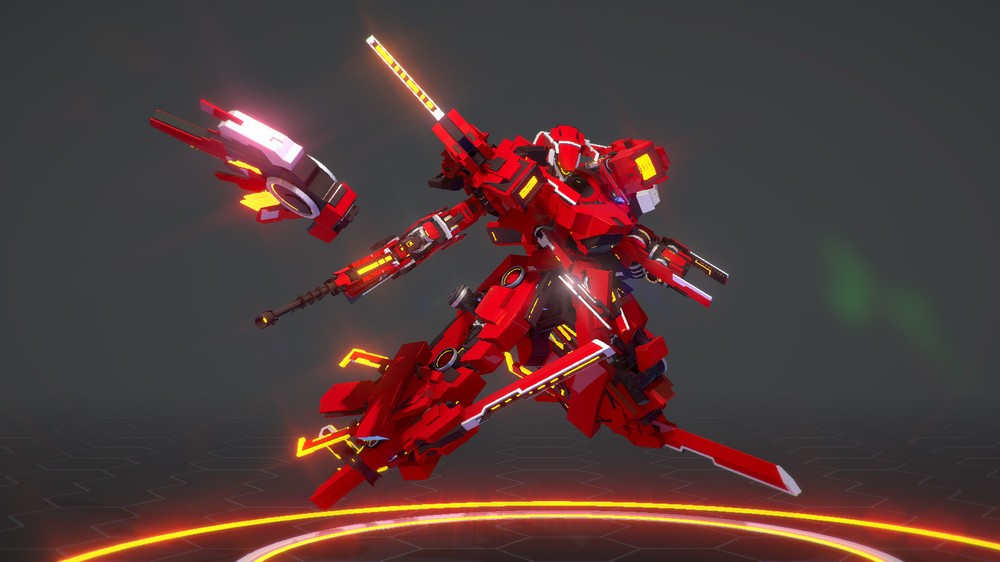 After all that in-depth customization I bet you are hyped to see what other people have come up with either online or during the Grand Prix, but you are going to be quite disappointed, probably as much as I was when the races started to find out that all I saw in-game are colored diamonds zooming past and shooting you. To be fair I only saw this in the solo races because I was never able to find any other players online to race with.  If I did I bet I would have gotten destroyed. The only time you will see what other suits look like is at the end of the race when they show the top three finishers from the race, and they do look great, but it defeats the purpose in my eyes for having such an in-depth customization system just for you to never see them in-game. I was able to find others who were showcasing their builds on online forums, and I was impressed by how much people put into games like these where you can take control of a customization system with so much creative control but only made me more disappointed that you don’t even see them in-game. 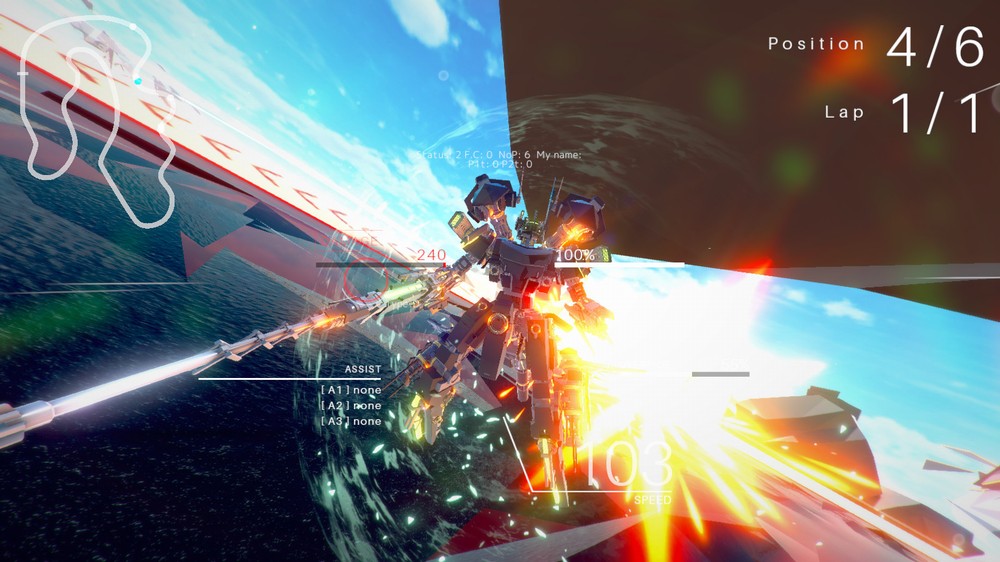 Ultimately Break Arts II would make any Mecha builder lover happy with its in-depth build system and the freedom it gives you in how your Mecha looks.  It just doesn’t have anything else going for it that would pull anyone else in with its on-rail race system and lack of community. Break Arts II released December 2nd 2021 for an MSRP of $19.99.   Hopefully more people will check this out so the online community will start to grow and online racing becomes possible.