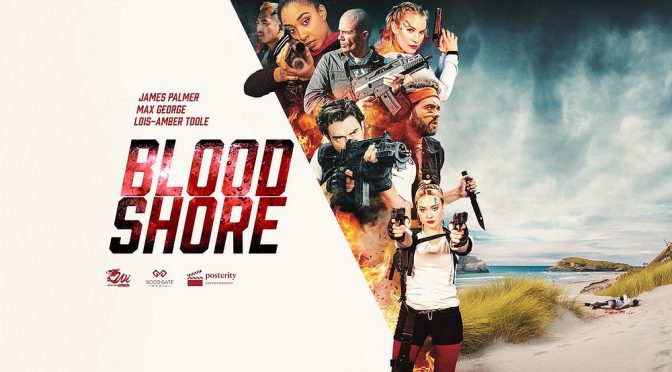 Bloodshore is the latest interactive entertainment title from Wales Interactive, and after reviewing I Saw Black Clouds back in March I was pretty excited to check this one out.  While that game was more of a psychological thriller, Bloodshore promises a lot more gratuitous violence, action, and campy dialogue that borrows on numerous films, games, and other pop-culture references.  The core premise is ripped straight from the 2007 Steve Austin flick, The Condemned, where prisoners are put on an island to fight to the death for their freedom and the entertainment of millions of viewers around the world.  You can also find references to Hunger Games and some of the more recent Battle Royale modes in games like Call of Duty and Battlefield where “contestants” are supplied with periodic loot drops and forced to converge on each other with a shrinking circle of death. 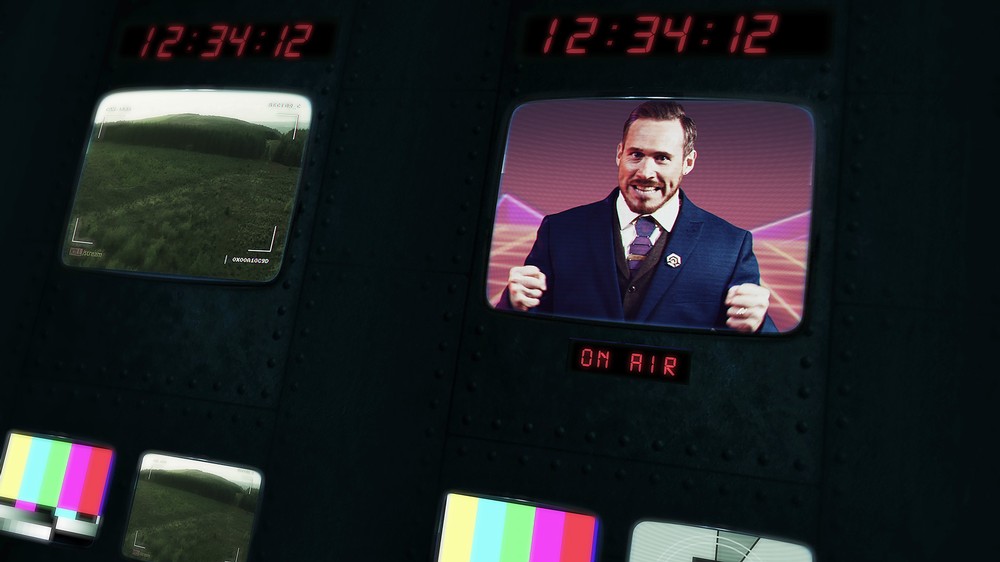 Bloodshore creates an interesting mix by blending in a near-future gameshow aesthetic with overly stereotypical Gen Z architypes consumed with social media and streaming followers.   It’s all about the views, likes, and subs for them while Bloodshore is all about an aging reality show, Kill/Stream that has been going on for far too long and is starting to lose its ratings.  Originally created for prisoners to compete and win their freedom (and millions of dollars), the produces have now opened it up to willing members of society seeking fame and fortune.  That is where we come in, joining up with a group of unlikeable kids trapped in adult bodies, you’ll play as Nick, just one of fifty contestants air-dropped onto an island.

Much like the show Survivor you’ll want to establish alliances, but who can you trust?  This is where the game really starts to shine with some of the more subtle decisions and conversation choices.  You’ll even have a chance at romance with either a male or female contestant.  Some choices seem trivial like drinking a beer, while others like choosing to keep or give away a malfunctioning weapon could have repercussions much later in the game.  Over the course of a single playthrough I made 62 decisions out of a possible 294 to reach one of at least six possible endings. 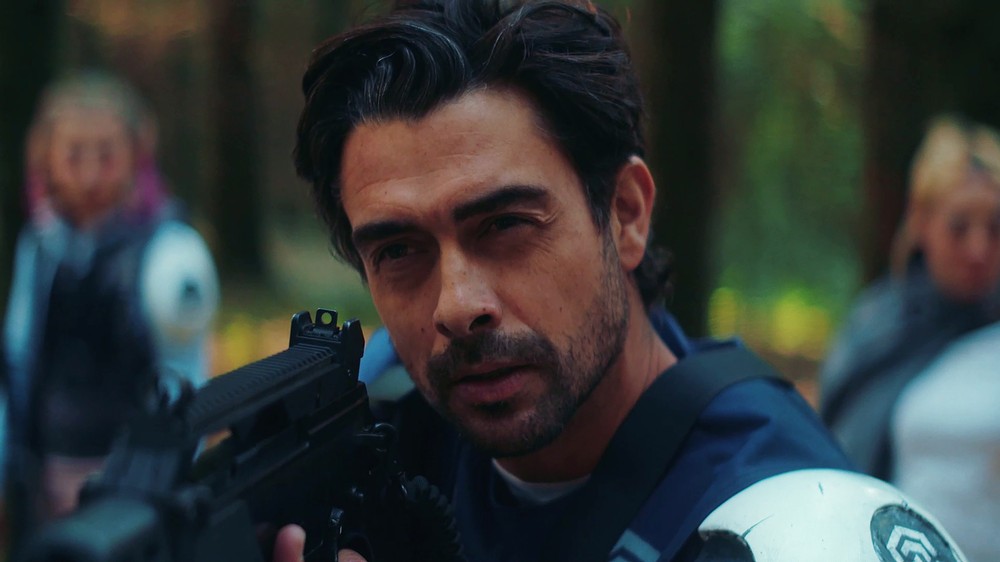 Every decision and action you take affects the game in some fashion, as tracked by five sliding scales for Team Morale, Audience Opinion, Romance, Strength, and Insight.  Team morale is based entirely on your interactions with the other players while audience opinion is based on how exciting and entertaining you are to watch.  Do you hide behind a tree or charge in guns blazing to delight the crowd.  The romance meter is easily swayed with only a few key choices while strength relies on grabbing weapons.  Insight is one of the more interesting stats and relies on you uncovering information about the corporation that’s running this corrupt reality show.

The presentation is quite excellent with a strong reality TV style of camera work from both handheld and drone cameras.  It’s not pristine digital quality, so you have this grainy footage and shaky cam style giving it an edgy look.  Bloodshore will often break away from the Kill/Stream show to highlight various viewers, streamers, and other audience members watching and reacting to the show in real-time.  You also have a crazy host reacting and commenting as well as other segments like a talk show focusing on the game and even an ongoing interview with the creator of Kill/Stream.  Often, you are given the choice to “keep watching” and this is where you can learn valuable intel and boost that Insight meter. 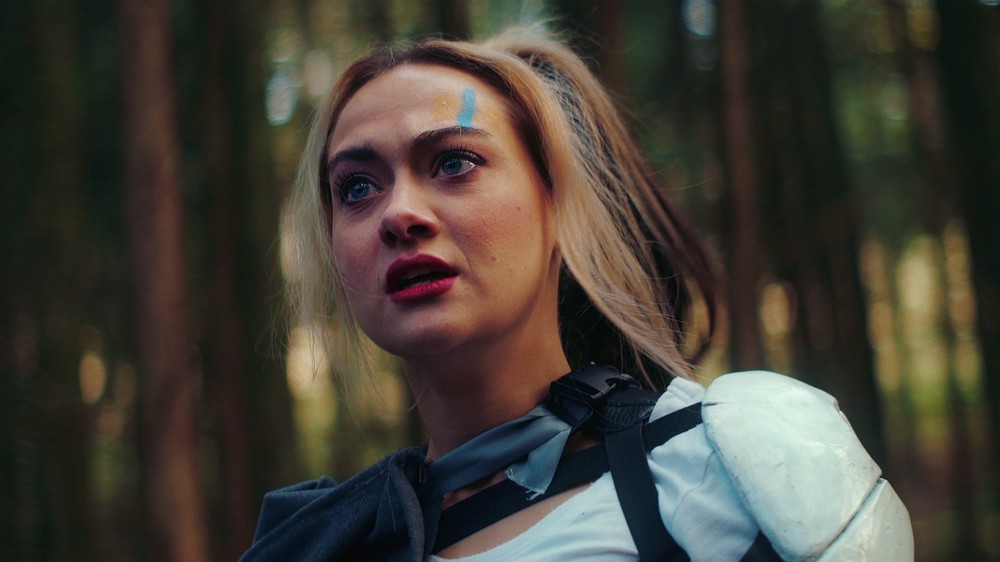 With eight hours of FMV footage, this is one of the larger games of its kind.  A single pass through the game takes 90 minutes including credits.  Decisions are put on a fairly fast timer to keep the flow of the game moving, but if need more time to make your choices or want to include the input of others (say in a video chat) there is a Streamer mode that turns off the timer.  This is a good way to replay the game when you are trying to tunnel your way to one of the additional endings and unlock those hidden achievements.  Thankfully, the game allows you to skip scenes on future replays, so you can get straight to those life-altering choices and explore the numerous paths this game can take you.

Bloodshore is only $15; the same as you’d pay for any low-budget straight-to-video movie, only with this game you do have the ability to rewatch and replay with multiple outcomes.  Bloodshore is just good dumb fun with plenty of violence, a dash of mystery, and some hilarious characters perfectly cast to expertly act out this campy script.  You might even want to break this out at your next gathering so all your friends can argue over even the most insignificant of decisions.  At the end of the day I found Bloodshore to be much more entertaining than 95% of any actual reality TV programming and one of the best FMV interactive games released in years; definitely worth checking out. 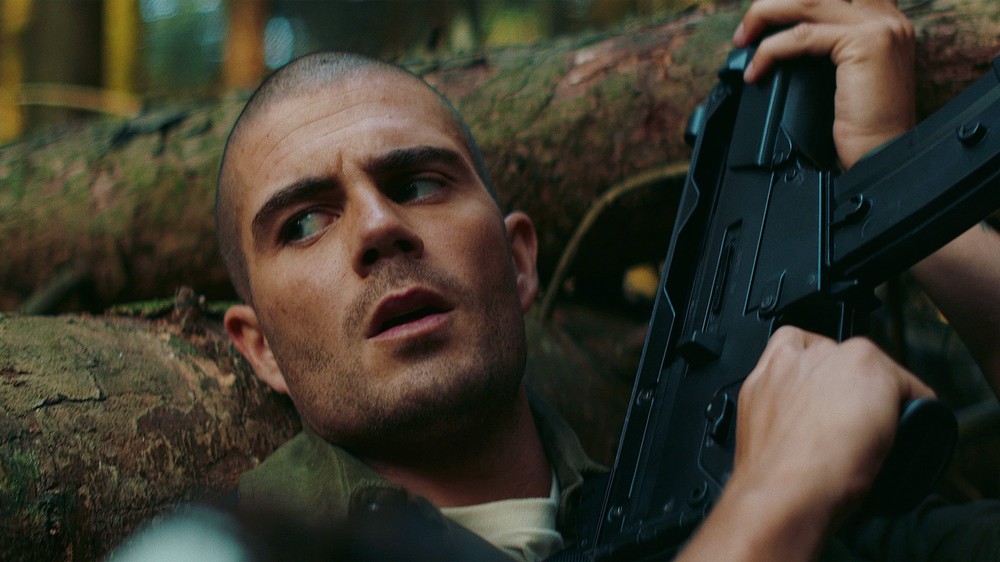 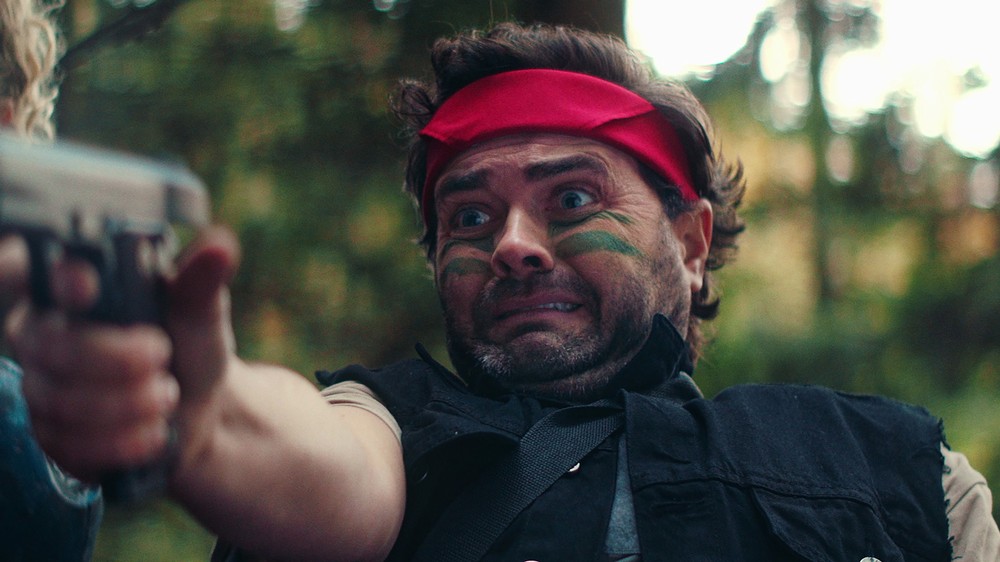 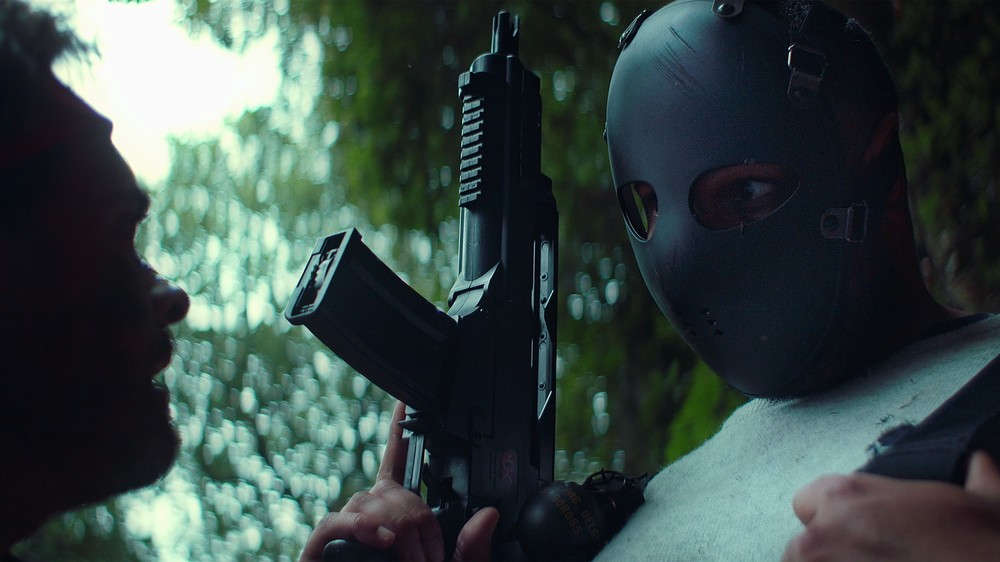