Blood of the Werewolf is just one of many indie platformers coming to Steam these days, but for those of you looking for a real challenge; no…I mean a REAL challenge, then your search ends here.    Borrowing on the tried and true design of past side-scrolling classics like Castlevania and Ghosts and Goblins, Blood of the Werewolf tackles the lore of…you guessed it – werewolves.

You play as Selena, a surprisingly strong female lead (a rarity in this genre) who has just immigrated to America.   With our husband murdered and our child kidnapped, it’s up to us and the power of the full moon to seek our revenge and save the last werewolf cub.  Gameplay is fairly standard, but we still get a nice tutorial that demonstrates the various platforming and combat skills you’ll be using throughout the game.   The main hook here is that whenever Selena is outdoors and under the influence of moonlight you’ll be playing as a heart-munching wolf with some slick special abilities.   Whenever you are inside you are just plain old Selena with a functional, albeit less impressive crossbow.  Thankfully, you can power-up that crossbow with some pretty fun abilities, but finding many of them will take considerable searching. 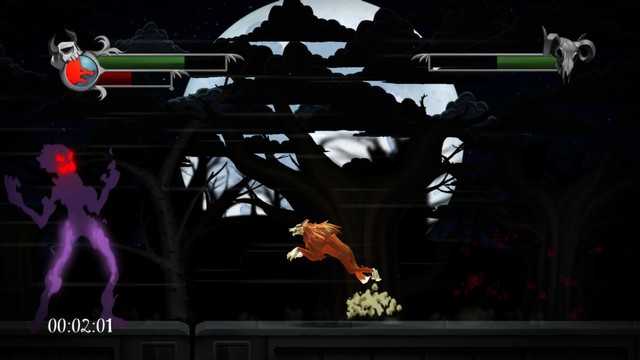 The game starts off deceptively easy but quickly reveals its true nature by the second chapter, and things only get tougher from there.   I’m pretty good at these platforming games but I was dying a lot, and judging from the death counters on the Steam leaderboards, others are having quite the time as well.  Thankfully, the difficulty is pure gameplay challenge and nothing more.  The controls are flawless (I was using a 360 gamepad) and the animations and response time was perfect.  I only wish the game offered a more generous checkpoint system.  There were more than a few occasions where I had to replay some lengthy sections after dying at the very end.

Blood of the Werewolf does a great job of mixing up the level designs as well as the challenges contained within.  Enemies are varied and the traps and puzzles keep getting more ingenious.  I did enjoy the mix of solving puzzles as Selena then going on wild killing sprees as the wolf.  It was rather cathartic.   And as you would expect, there are plenty of boss battles, which rise to meet the challenge the rest of the game presents.  None of them are devastatingly impossible, and all can be beaten with a bit of observation, tactical attacks and a case of energy drinks. 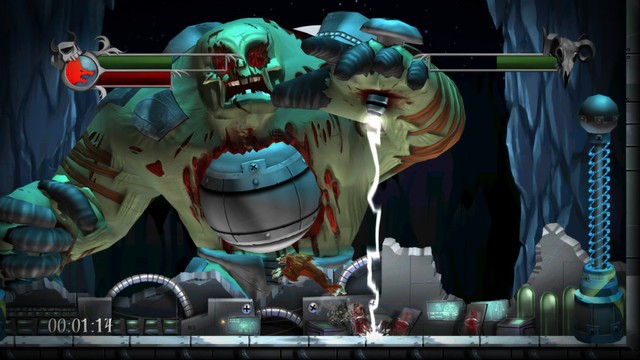 I really enjoyed the graphics; these gorgeous hand-drawn sprites placed on intricate and colorful background environments that gave me the illusions I was playing a living graphic novel.   The Selena and wolf sprites are wonderfully detail, and even though their animation may be considered a bit primitive by modern standards, the ferocity of the attack animations never got old.   The background art did start to repeat a bit, but they always tossed in some new imagery just about the time I was ready to make a “formal complaint”.  I particularly loved the nods to classic monster movie lore with characters like Dracula, the Mummy, Mr. Hyde, and even Frankenstein’s monster.

Getting through Blood of the Werewolf will be a challenge in and of itself; especially with all of the upgrades, collectibles, and hidden items, but for those who really want to hone their platforming skills you can also try the Speed Run and Score Rush modes and see how you stack up to other obsessive gamers on the leaderboards.    It’s only $10 on Steam, which is a great bargain considering the amount of content and replayability the game offers.

It’s been awhile since my platforming skills were truly tested, and I appreciated the level of difficulty the designers chose for this release.    Blood of the Werewolf is a ruthlessly fun platformer designed for seasoned gamers who love classic monster movie lore and are looking for a real challenge. 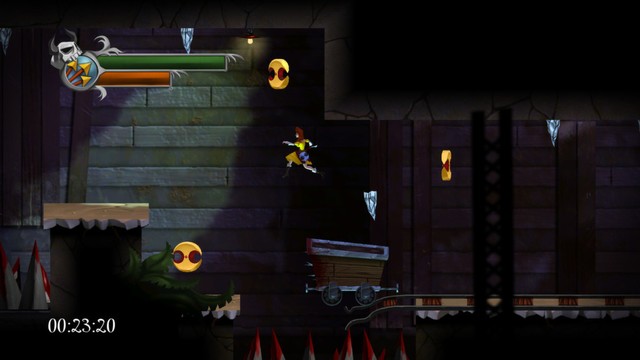 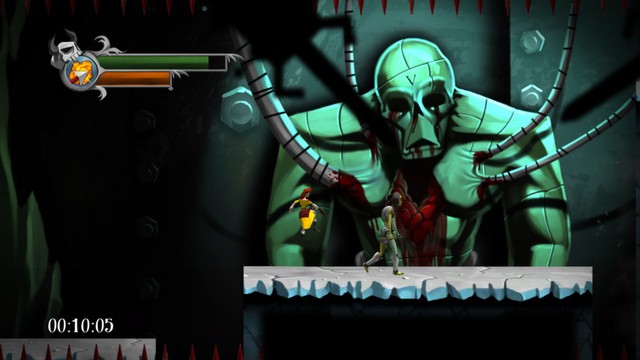 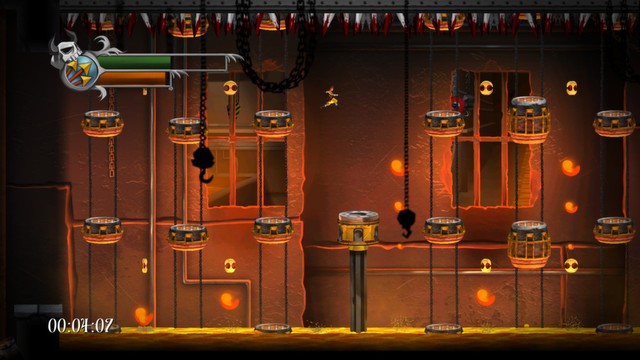 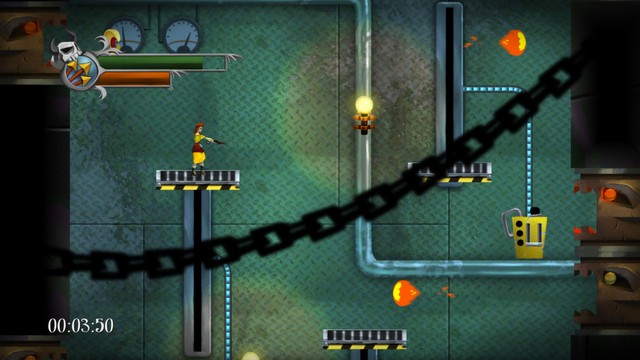 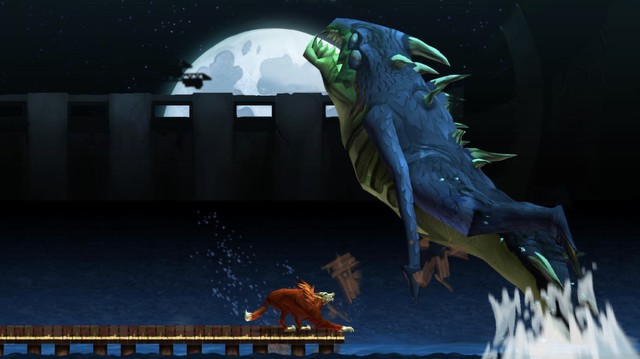 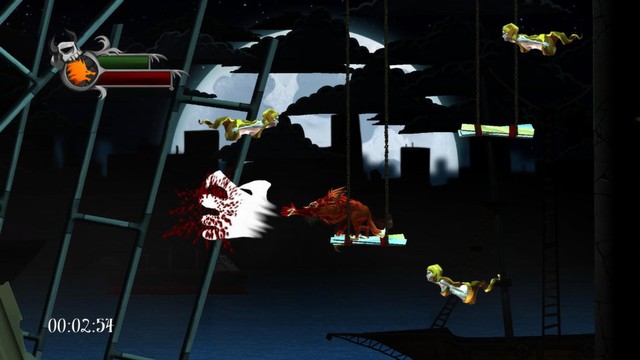 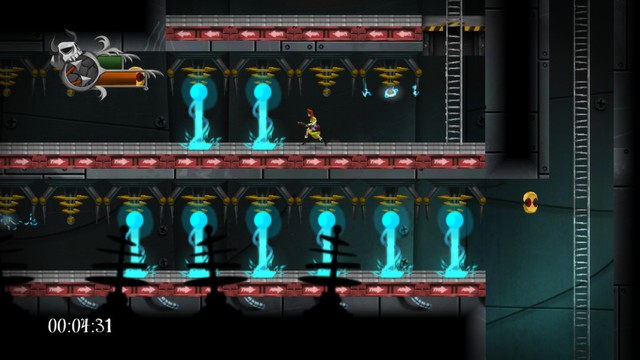 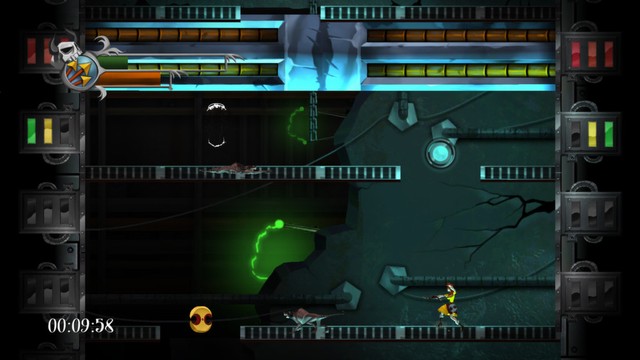 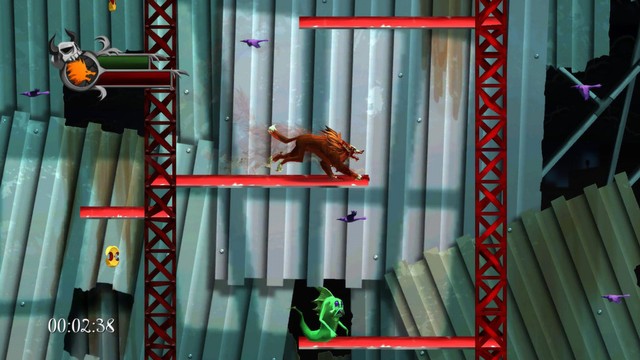