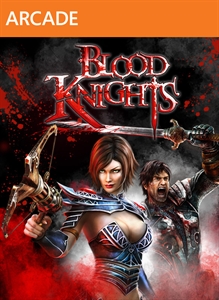 Maybe it’s because I started gaming when games were still simple and unassuming, but I admit I have a bit of a soft spot for lower-budget games. While they may not have the flashier graphics and multimillion-dollar presentation of triple-A titles, and their releases may not receive the same fanfare as some of their more prominent cousins, they often have a kind of quirkiness or disregard for gamers’ expectations that I find appealing, whether it’s an innovative new indie or a more conventional middling title that just skims below the standards of its harder-hitting brethren.

I’ll be honest: Blood Knights is definitely one of the latter. The story is perfunctory at best: you play two characters, a vampire hunter named Jeremy and a vampiress named Alysa, bound together against their will for hand-wavy reasons ultimately amounting to saving the world. The art is so-so, with 3D-rendered graphics that remind me of the early 2000s and vanilla character designs that get the job done—though I’ll point out that the art team made the extra effort of having the characters’ armor and weapons change appearance when you equip different items. The soundtrack is serviceable, if forgettable, and the dialogue writing and voice acting are admittedly bad—which I actually found more funny than distracting. If you don’t mind the mediocre presentation, though, Blood Knights really isn’t all that bad.

A relatively conventional action-RPG, it mostly involves a lot of button spamming and a little bit of character tweaking (e.g., adjusting equipment, statistics, and skills) as you gain experience. The control scheme is relatively simplistic: one button swings Jeremy’s sword or fires Alysa’s crossbow, and the other buttons and triggers activate a few special attacks. It can be played single-player (in which you tap a button to switch off between the two characters as needed) or cooperatively with a friend in local multiplayer mode. Oddly, there’s no option to play multiplayer with a friend online. 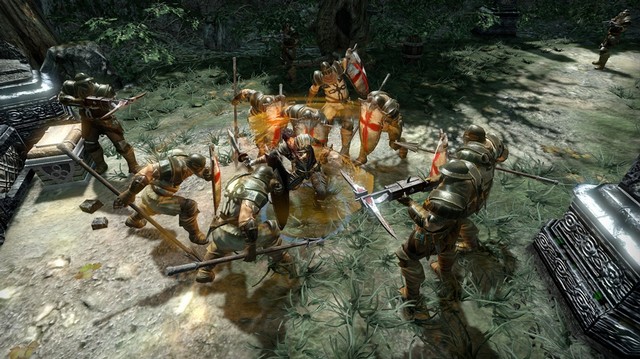 If you can choose between playing alone or with a friend, though, I recommend the co-op mode over the single-player, hands down. Co-op highlights Jeremy’s and Alysa’s contrasting abilities nicely and forces players to work together to clear maps. Other than the obvious—Jeremy’s sword is clearly better suited for melee, while Alysa’s crossbow allows her to strike enemies Jeremy can’t reach—once Jeremy gains his newfound vampiric powers, he can only pull targets toward him, while Alysa can only repel or throw a target. These abilities are used in combat, as well as in several uncomplicated jump/switch puzzles throughout the game.

In single-player mode, only one character is on-screen at one time, and swapping between the two characters has a cool-down period, which feels inconvenient and hampering. I also didn’t get the same sense of the two characters needing to rely on each other to survive. For instance, instead of having your friend grab you and fling you across a chasm to reach a treasure chest, you just switch to Alysa, who can jump farther than Jeremy, to get to the same location. It’s all right but not nearly as fun. I think I would’ve preferred having an AI-controlled second character and switching between the two, but I suppose the extra challenge of having only one character available at a time has its appeal, too. 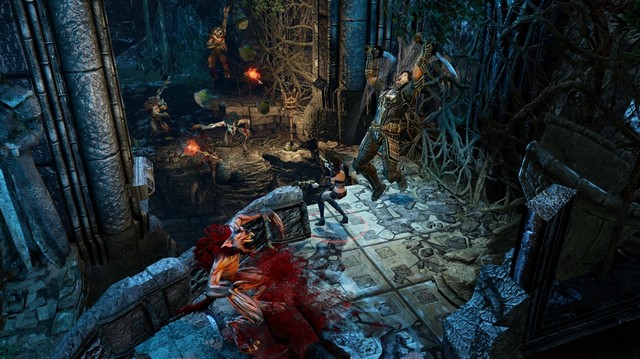 Regardless of whether you play single-player or multiplayer, though, the difficulty level is pretty easy as these types of games go, in terms of combat, puzzles, and collection. Each map has a set number of enemies (usually split into groups of ranged and melee types) that must all be defeated to proceed, and most maps have a simple platform puzzle or two, as well as hidden Blood Coins that increase your statistics for every five you find. Treasure chests with equipment upgrades are so generously frequent that buying from the trader seems superfluous, and save points crop up so often that I never felt dying would present any kind of obstacle. Once in a while, you’ll fight a boss, but they’re not especially tricky, either. The game is also pretty short (maybe four or five hours long) and can probably be finished in one afternoon or evening.

Still, Blood Knights is all right, especially at its $14.99 price point. I only encountered one bug that prevented me from killing a boss and forced me to restart from a save, but as I mentioned, saves are so frequent that it wasn’t much of a setback, and other glitches I saw, like walking through rocks or walls, are very minor. The mechanics, too, are pretty standard, and other than Jeremy not always homing in on his enemies when you use his heavy attack, I didn’t note anything particularly frustrating. Similarly, the menu system is a bit confusing and awkward to use at first, but it’s not that hard to get a hang of it.

In short, Blood Knights is a moderately priced action-RPG that plays fine and is just about average across the board as far as the genre goes: it may not be the cream of the crop, but it’s not absolutely terrible, either. The gameplay is straightforward to the point of feeling almost mechanical for me, but I can also see how its more simplistic game play could make it a reasonable starter title for someone just dipping a toe into more action-oriented gaming. 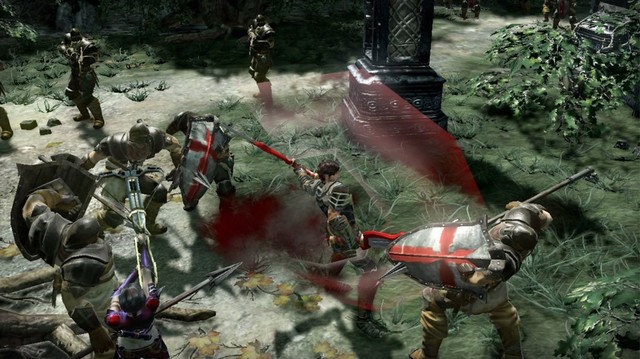 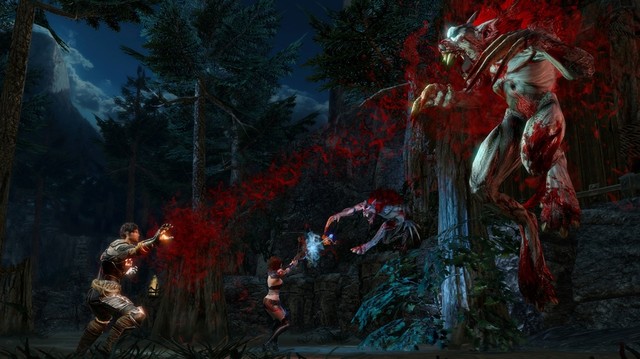 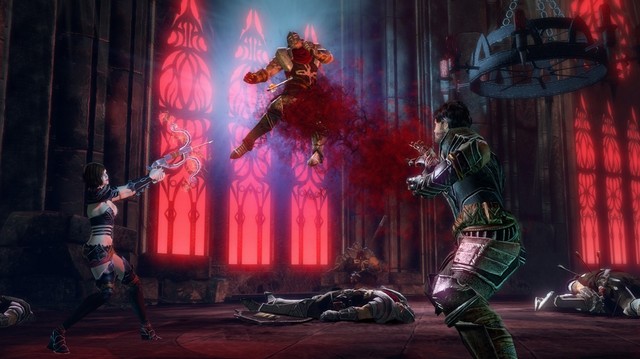 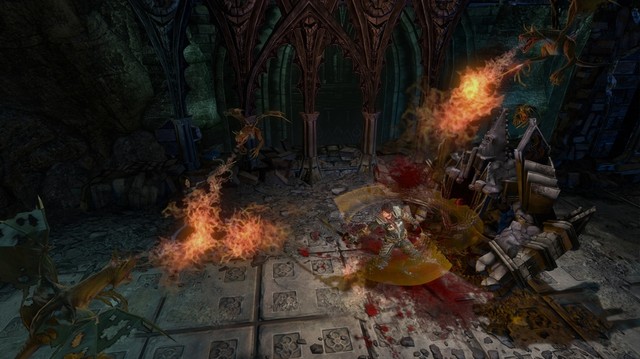