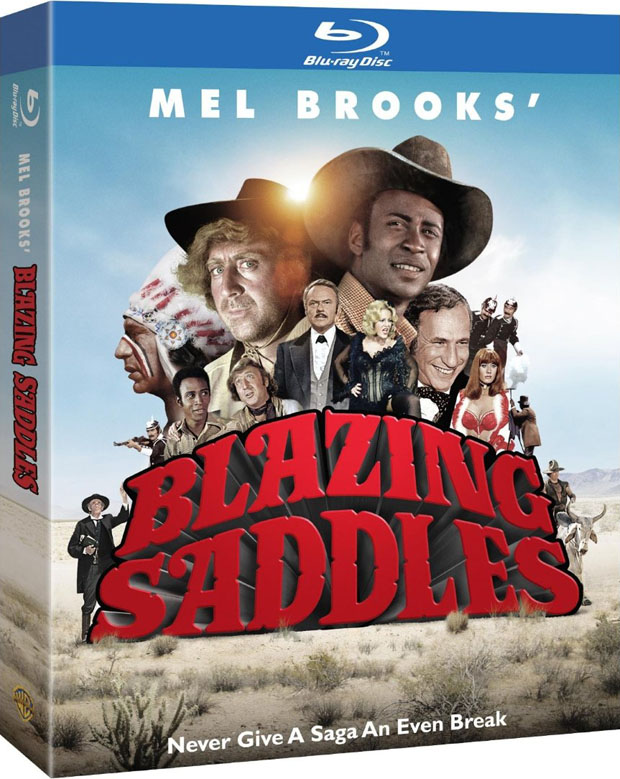 On May 6, Warner Bros. Home Entertainment (WBHE) will commemorate the four-decade birthday of the great comedy classic Blazing Saddles, by releasing a new 40th Anniversary Blu-ray highlighted by a new featurette Blaze of Glory: Mel Brooks’ Wild, Wild West in which Mel Brooks reflects on his own movie-making chutzpah, Blazing Saddles’ lasting cultural impact on audiences of all generations, and alongside co-stars Gene Wilder and Madeline Kahn, proves why his film is, without a doubt, the funniest and most outrageous film ever made. Blazing Saddles 40th Anniversary Bu-ray will also include 10 quotable art cards with funny quotes and images from the film, plus vintage extra content including Brooks’ commentary, cast reunion documentary, and “Black Bart,” the 1975 television pilot inspired by the movie. The Blu-ray will be available for $24.98 SRP.

The unforgettable Brooks comedy, one of Warner Bros.’ most successful ever, is listed as #6 on American Film Institute’s (AFI) list of the best comedies of all time – “AFI’s 100 Years…100 Laughs. First released in 1974, Blazing Saddles grossed nearly $120 million at the domestic box office and has sold more than 4.6 million DVDs. The Western film genre spoof is one of Brooks’ top commercially successful films, along with Young Frankenstein, also released that same year. Brooks’ other film highlights include The Producers, High Anxiety, Silent Movie, History of the World: Part I and To Be or Not to Be.

Mel Brooks is one of only seven people who have earned all four major entertainment prizes — the Tony®, the Emmy®, the Grammy® and the Oscar®.

Brooks started as a writer for Sid Caesar on “Your Show of Shows” in 1951. Later he created with Buck Henry the popular spy sitcom “Get Smart.”  Brooks received his first Emmy® Award for Outstanding Writing Achievement in Comedy-Variety in 1967 for “The Sid Caesar, Imogene Coca, Carl Reiner, Howard Morris Special.” He later earned three more Emmys for Outstanding Guest Actor in a Comedy Series for “Mad About You.”

In the ‘60s, Brooks teamed with Carl Reiner for their best-selling “2000 Year Old Man” comedy album series, which continued in various versions for the next four decades. It received two Grammy® nominations and one Grammy win.

In addition to his own films, which include The Twelve Chairs, Blazing Saddles, Young Frankenstein, Silent Movie, High Anxiety, History Of The World Part I, To Be or Not To Be, Spaceballs, Life Stinks, Robin Hood: Men In Tights and Dracula: Dead And Loving It,  Brooks has produced, under his own Brooksfilms Limited banner, The Elephant Man, The Fly, Frances and 84 Charing Cross Road, among others.

In 2009 Brooks was one of the five recipients of The Kennedy Center Honors and in 2013 he received AFI’s Life Achievement Award.

Blazing Saddles stars Cleavon Little as an unlikely sheriff in the town of Rock Ridge, Harvey Korman as the villain, Madeline Kahn as a Marlene Dietrich-style chanteuse, Gene Wilder as the wacko Waco Kid and Brooks himself as a dimwitted politico. Once the lunatic film gets started, logic is lost in a blizzard of gags, jokes, quips, puns and outrageous assaults upon good taste or any taste at all. The film was nominated for three Academy Awards®– Supporting Actress for Kahn, Best Editing and Best Song. 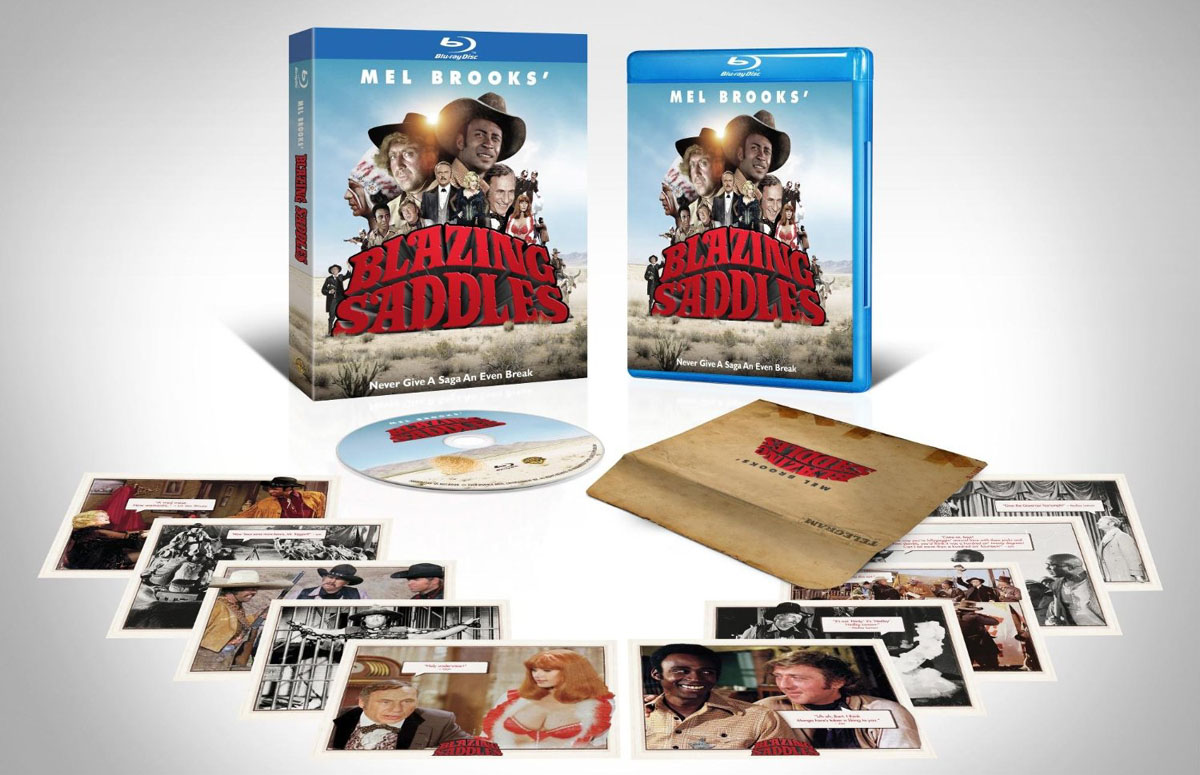 Note: All enhanced content listed above is subject to change.