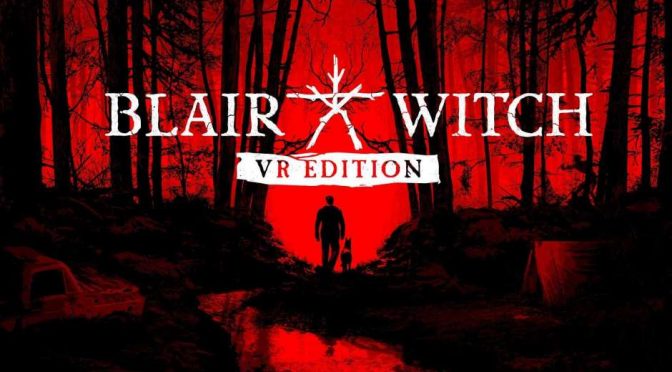 I still cringe when I hear the words “Blair Witch”; partly because I still suffer from the trauma after that midnight screening back in 1999 for the original Blair Witch Project that left me stumbling out of the theater confused and nauseous, and then for several years to follow I had to review the three volume series that made up the Blair Witch PC game collection; at least those were better than the movie but not by much.  When they decided to reignite the movie franchise in 2016 I suspected a video game would spin-off from the cult film and sure enough, Bloober Team released their survival horror adventure in 2019, three years later – too late to take advantage of any theatrical momentum. 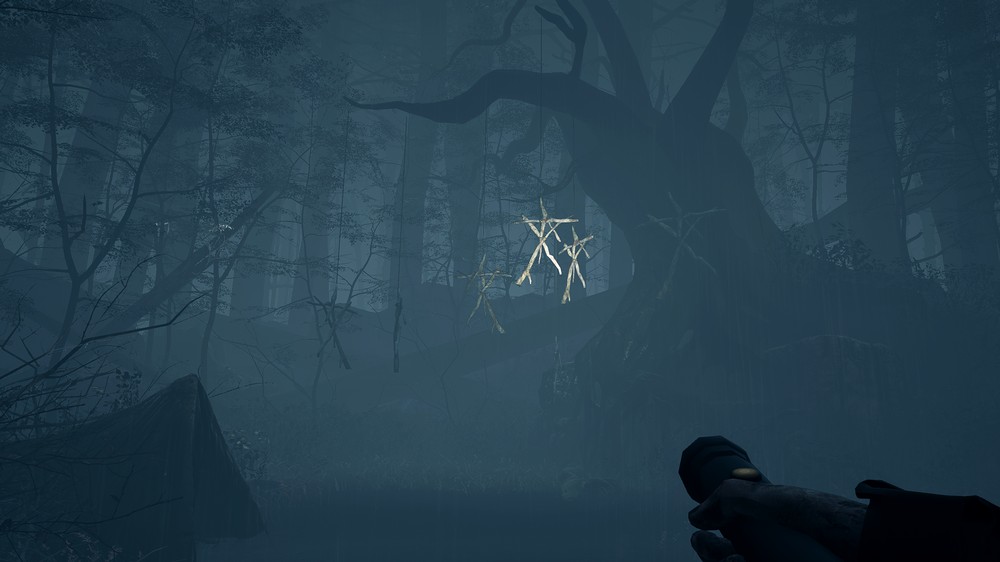 Interest in the Blair Witch was non-existent by then and with barely average scores from critics the game was quickly forgotten, which only made it more surprising when the Blair Witch Oculus Quest Edition was announced for the Oculus Quest and released just in time for Halloween 2020.  Now, several months later, that same game has arrived on the Oculus Rift and Rift S, with the hopes that a PC-driven VR experience can create a closer match to the original non-VR game from 2019.

While the Quest Edition left much to be desired when it came to graphics, this new Blair Witch VR Edition comes very close to matching the original screen version of the game, and what the game lacks in overall polish it more than makes up for with immersive 3D graphics and unique controls and interactions with objects using physical movement.  There are also numerous settings for comfort and controls like snap turning and seated or standing gameplay that greatly help to reduce VR sickness. 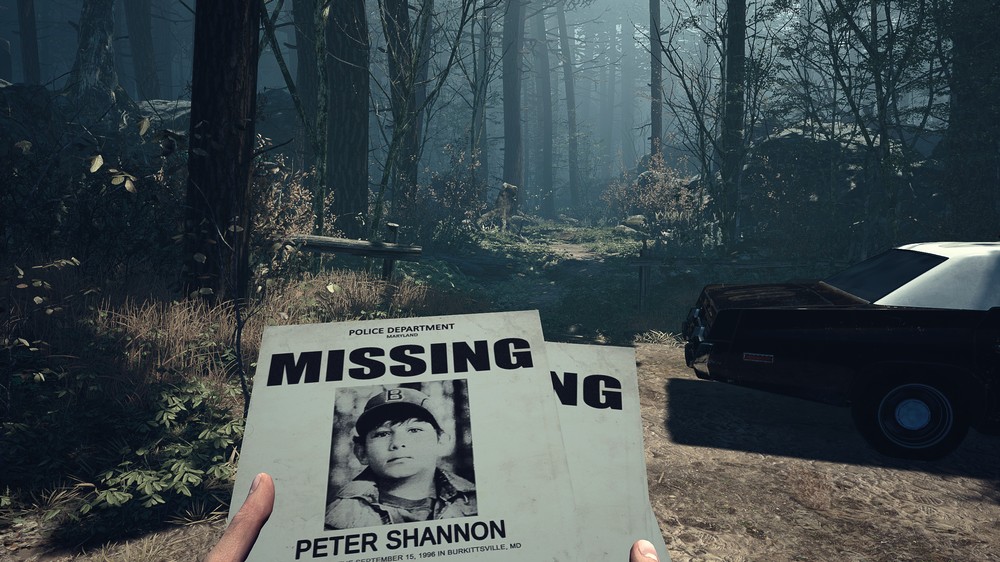 Taking place in 1996, two years after the events in the film, The Blair Witch (game) definitely delivered on the creepiness factor with some genuine scares and interesting game mechanics that revolved around time manipulation using the RW/FF buttons on your camcorder.  There was also a fun and comforting interaction with your loyal German Shepard, Bullet who could sniff items and track down clues to help you navigate the maze-like forest.  Bullet was also useful in keeping your PTSD in check, and there is something undeniably gratifying about being able to scratch and pet Bullet and see him respond to your affection.

So you’ll be playing as Ellis, a former cop suffering from PTSD, who is volunteering to help look for a missing boy who is lost somewhere in the Black Hills Forest in Maryland.  A large search party is already scouring the woods when you arrive at the scene, but with your trusty K9 companion you definitely have the advantage.  You set off into the woods unprepared for the supernatural events that are about to occur.  Things start off easy enough with you learning how to access and use items like your cell phone, radio, dog whistle, and later and most importantly, the camcorder. 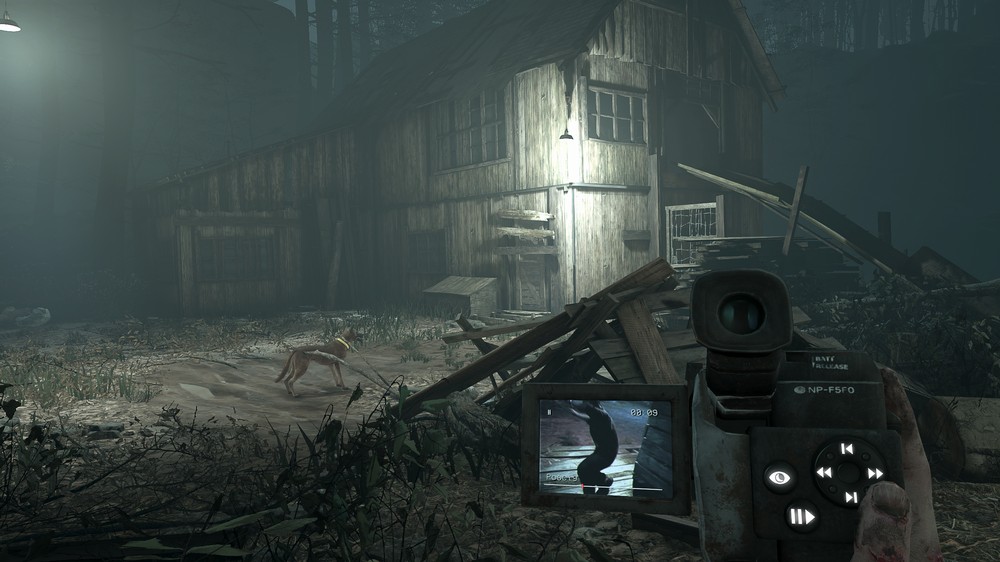 The camcorder is probably the coolest element in Blair Witch as it allows you to view a particular area at a particular time and actually change reality by viewing events on numerous tapes you’ll find in the game.  The first example happens immediately after finding the camera when you view the footage and see a toy police car near a tent.  If you go to that same location while the police car is on the camcorder screen it will also appear in your world.  The implications are staggering and used with expert effect on future puzzles and discovery items.

Bullet is also a useful tool and easily controlled using your whistle and a radial menu of commands.  You can also have him sniff items to track down their owners, and if your PTSD starts to flare up you can always call Bullet to your side for some stress-relieving comfort.  Good doggy!  I was particularly thankful for his neon yellow collar that helped me track him in the darker nighttime sequences. 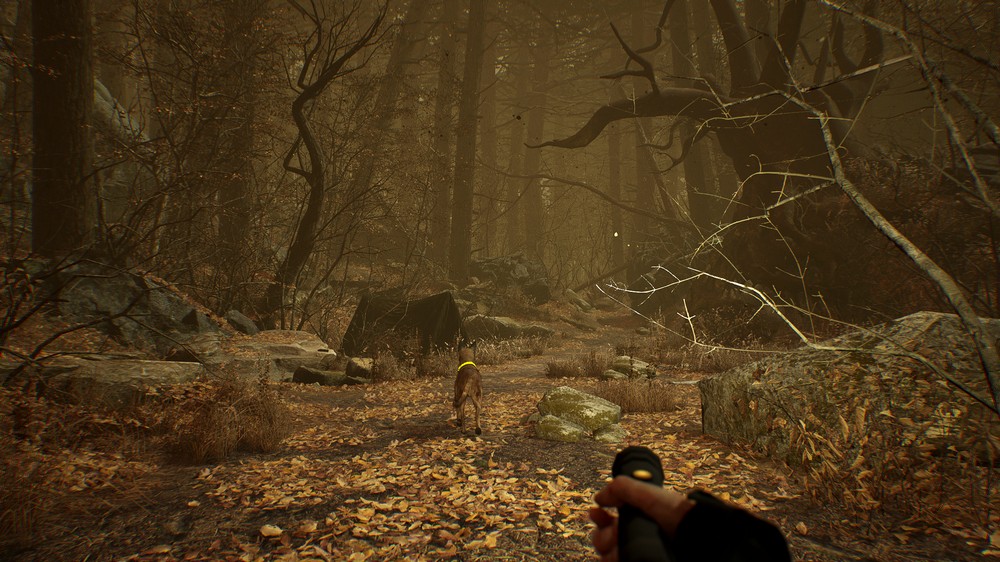 While a lot of the game relies on mood and atmosphere, all expertly crated through visuals and audio, there are several expertly placed jump scares that are made even more intense through VR.  I play a lot of VR horror games and the only thing scarier than this (for me) was Resident Evil VII.  Even in daylight, the forest is eerily quiet and easy to get lost in.  I also appreciated the game stayed rooted to the timeline with a cellphone and video camera that were suitable to the period.  Text messages and radio chatter play a definitive part of setting up the atmosphere as well as taking the edge off your isolation.

Blair Witch VR Edition relies heavily on exploration, discovery, and puzzle-solving.  There are no weapons and no combat.  Pacing can get slow at times with a lot of aimless wandering about, which can turn a 6-8  hour game into something even longer if you lose focus or miss a clue.  There are multiple endings based on actions taken throughout the game, which does incentivize future replays as long as you know which choices lead to which endings otherwise you risk getting the same ending twice.  The choices aren’t always clear. 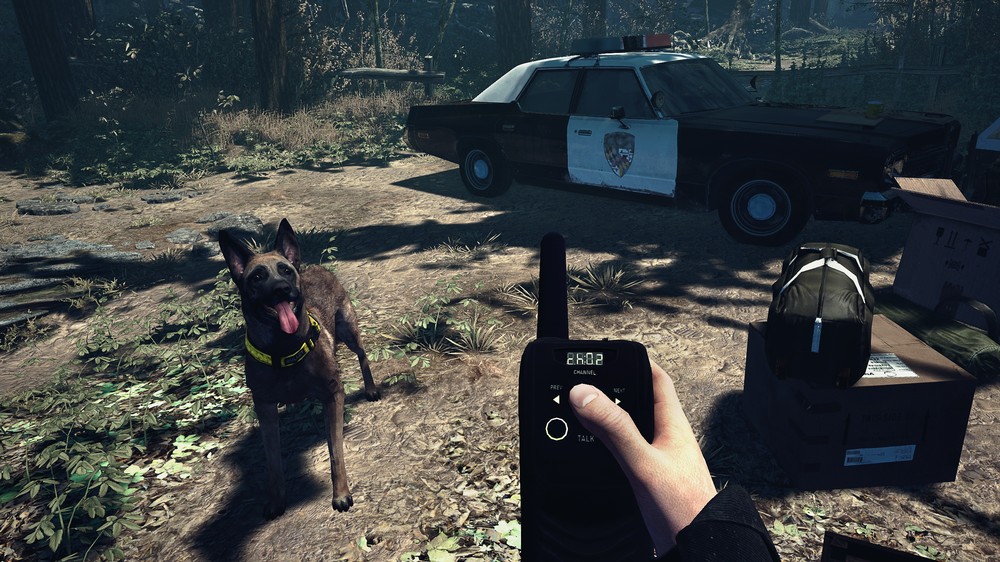 The movement and inventory/item manipulation is intuitive with great use of the Touch controllers.  I did find the body/vest storage a bit awkward, having to look down and try to take the correct item off my vest.  Actually, it’s all these subtle item and inventory interactions that truly sets the VR edition apart from the original game by putting the player into the game, thus intensifying all of the horror elements.  A journal logs all of your discoveries and story elements, but since the game can be finished in 2-3 sessions you’ll likely never need to reference it.

I was impressed at just how good this game turned out in VR, and if it weren’t for the 2D cinema screen cutscenes one would believe this game was always intended for VR, especially when some monsters can kill you simply by looking at them.  Having to physically turn your body and avert your eyes to stay alive is a chilling concept only achievable in VR.  This new Rift edition is far superior to the Quest Edition in quality and comfort and definitely worth checking out if you enjoy VR horror, are a fan of the Blair Witch franchise, or just want to pet an awesome dog in VR.  Who’s a good boy? 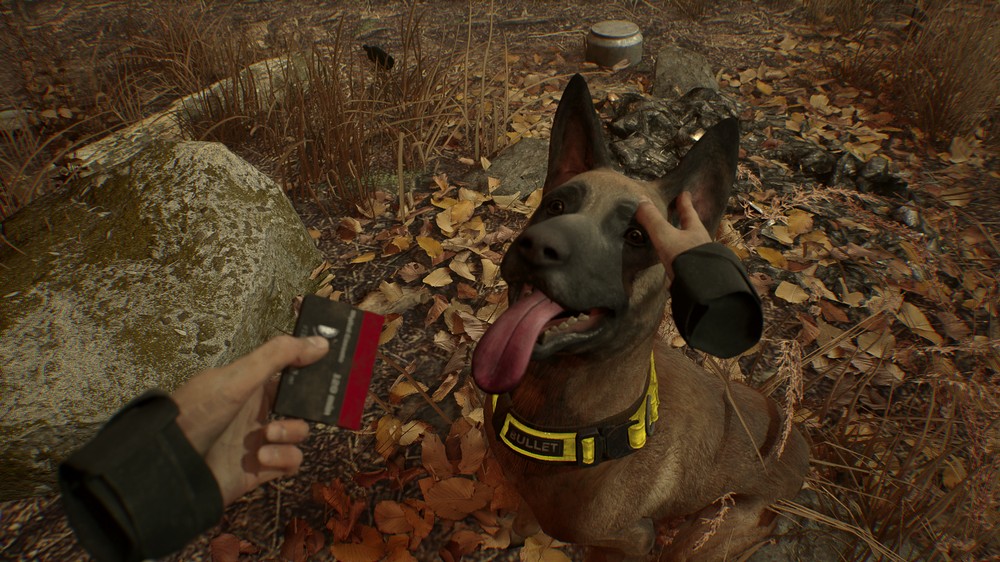