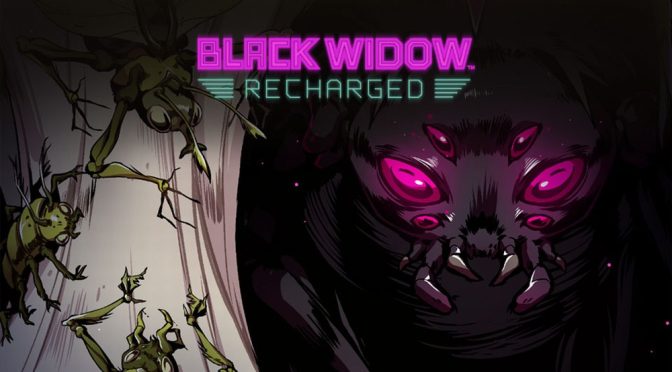 I thought I had played pretty much every Atari game ever made but somehow one slipped past and thankfully Black Widow: Recharged is helping to fill in the gap.  Coming hot off the heels of last month’s Centipede: Recharged, this latest classic gets the same energized reimagining with some intense arcade shooting action for solo and co-op play, 30 challenges, and some amazing music from Megan McDuffee that will have you gripping your controller until your hands go numb. 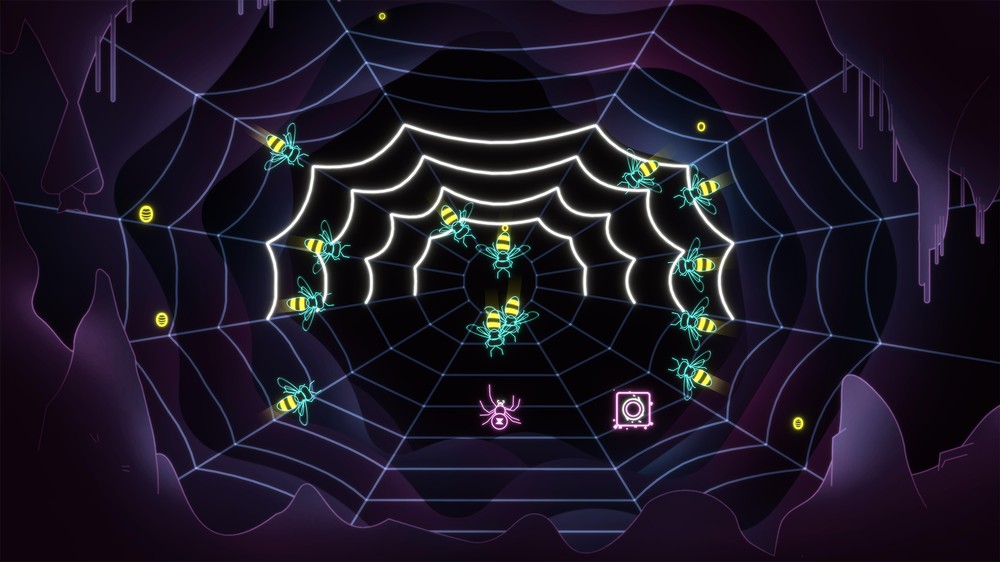 Having never played the original I cannot comment on how well this new game honors its namesake.  The overall menu and presentation is identical to Centipede: Recharged; almost like Atari has this template that they can just slip any retro game into and make $10.  That’s not a complaint, as Black Widow: Recharged has been a thrilling arcade comfort food that has dominated my free time between other bigger games.  It’s one of those games that loads in less than a minute and most games last only 2-3 minutes if you’re lucky.

The gameplay reminded me very much of Asteroids with its twin-stick shooting style and enemies that swarm you from all sides.  You play as the spider skittering across your web as all sorts of pests invade your home.  You can spit web shots to kill these insects which range from noisy mosquitos to egg-laying hornets.  Purple bugs leave behind useful power-ups that will temporarily enhance your attacks or even slow down time.  While the game may look like a simple twist on Centipede there is definitely an added tactical element to Black Widow.  There are many more enemy types with some bugs that shoot back, others like swarm onto the screen in Galaga-like formations, and those pesky hornets that will drop off eggs that will slowly grow and hatch into these larger worm bugs that will explode when killed sending out deadly shockwaves.  Thankfully, you can grab these eggs and drag them off the edge of your web before they hatch. 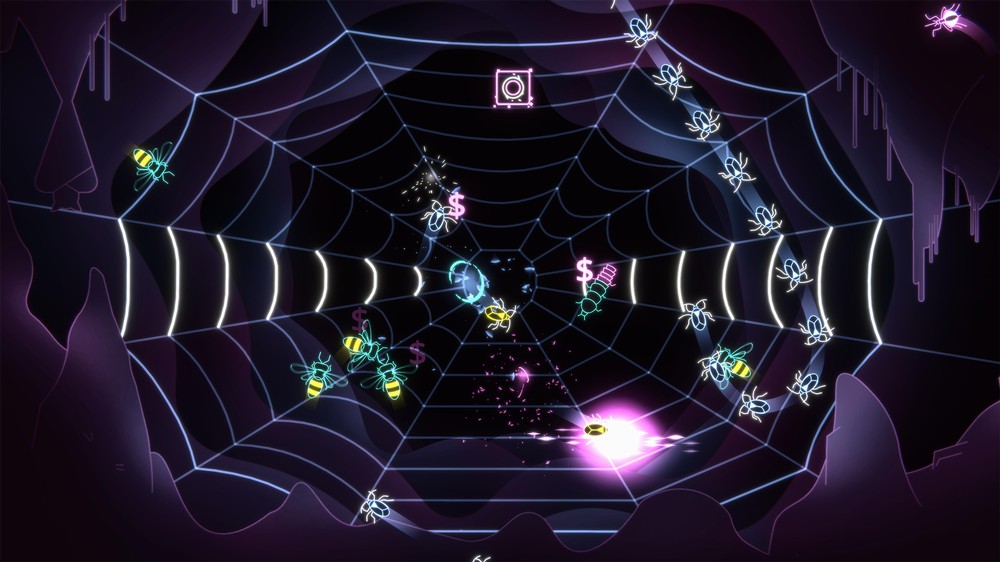 Black Widow: Recharged offers a core Arcade mode for solo and co-op play and there are also 30 Challenges that mix up the standard gameplay with rules and objectives to create very specific and surprisingly fun challenges.  It’s a fun way to experience the gameplay with clear completion goals aside from just earning high scores; although high score tables do exist for each challenge and the main arcade game with scores being tracked for your system, scores among your friends, and global leaderboards.

The visuals are clean and colorful with that vector graphics neon glow that we first saw back in the Geometry Wars days.  Combined with some intense techno tracks to drive the action and some highly responsive analog stick input and rapid-fire execution by simply holding down the X button this is arcade shooting at its finest.  It’s as simple and fun as it gets for a game that is all about reflexes and just a dash of power-up tactics.

It’s difficult to come up with much more to say about this game, at least in words, so check out my gameplay video with commentary where I will take you through the arcade mode and a few challenges, so you can see the game in action and experience the energy of the gameplay and the awesome soundtrack.  Black Widow: Recharged is available on the PlayStation Store for only $10 and works great on both the PS4 and PS5 through backwards compatibility.