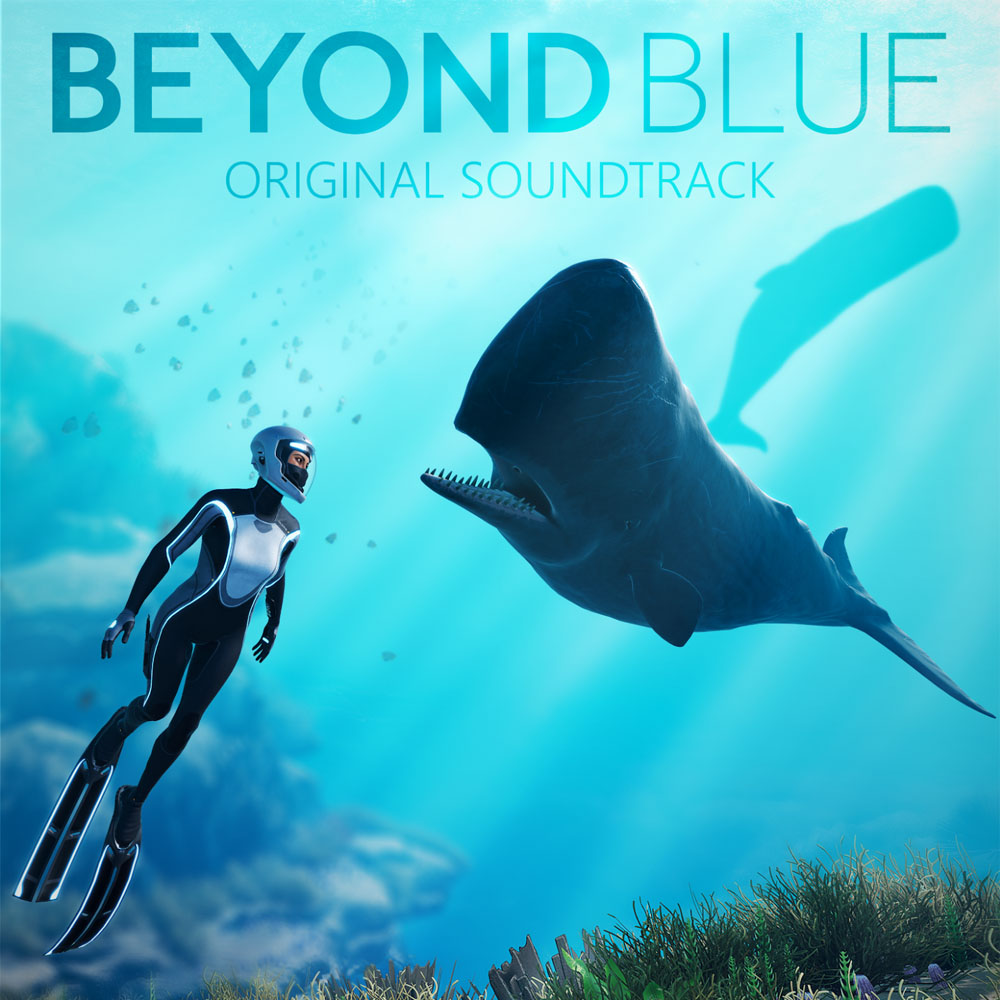 Beyond Blue Original Soundtrack, which is executive produced by legendary music supervisor Karyn Rachtman and her son Otis Rachtman, will be released digitally on July 2 by Mind Your Music/Universal Music New Zealand (https://umusicnz.lnk.to/BeyondBlue). Mind Your Music/Vinyl Me, Please will release a limited-edition of the soundtrack on 180 gram Aqua Blue and Silver Galaxy vinyl, with pre-orders on July 5 at 10 am EDT. Vinyl Me, Please Club members can exclusively pre-order it 48 hours in advance beginning July 3 at 10 am EDT. at https://www.vinylmeplease.com/products/various-artists-beyond-blue-original-soundtrack.

With an eclectic mix of psychedelic indie-pop, electronic, alt rock, and world music by established artists and indie darlings, the soundtrack alsoincludes songs by Muthoni Drummer Queen, LIPS, doubleVee, Slow Skies, Rachelle Eve, The Edisons, Vanderocker, Sophie Gibson and Amitė. The Rachtmans curated the soundtrack to complement the unique narrative and environment of the game, where players are explorers experiencing the awesome wonder, mysteries, and creatures under the sea.

“Otis and I would constantly sit around trying to imagine what sounds, vibe, and lyrics would be on the world’s coolest underwater playlist compiled by scientists in a futuristic submarine. The soundtrack is truly international, reflecting the diversity of the characters and the discovery, awe, and impermanence of the oceans,” said Karyn Rachtman, the legendary executive soundtrack producer and music supervisor of several of the most critically acclaimed and best-selling soundtracks of all time, such as Pulp Fiction, Boogie Nights, Reality Bites, Clueless, TheSpongebob SquarePants Movie, Moulin Rouge!, Office Space, Laurel Canyon, and Reservoir Dogs, among many others.

“Besides complementing the visual splendor and action on screen, the music of Beyond Blue plays several roles, serving the story as well as the interactive and listening experience of the game. You can unlock access to certain songs at various levels and express yourself by your selections,” said Otis Rachtman.

With offices in both Los Angeles and Auckland, NZ, Karyn Rachtman is a fan of New Zealand music, and connected the dots to bring into the project several Kiwi artists, as well as award-winning New Zealand composer, arranger, and producer Mahuia Bridgman-Cooper. Bridgman-Cooper, who composed the Beyond Blue score and “Beyond Blue Original Theme,” previously worked with The Rachtmans on Netflix’s Moving Art series. His credits include director Lee Tamahori’s film Mahana, the hit indie film Housebound, the award-winning documentary Ken Dewey: This Is A Test, among many others. He also produced New Zealand singer/songwriter Maisey Rika’s 2012 hit single, “Tangaroa Whakamautai,” which is prominently featured in the Beyond Blue game, soundtrack, and promotional trailer.

“I fell in love with the beautiful ballad “Tangaroa Whakamautai” that Maisey Rika sang in Te Reo Māori, which is an indigenous language central to New Zealand’s culture, identity, and heritage. Like Mahuia Bridgman-Cooper’s score, the song is dreamy and fitting for Beyond Blue, with lyrics about TANGAROA, the mythical God of the ocean. The song has really resonated with the gamers, and we’re seeing a lot of great comments posted,” said Karyn Rachtman.

Other New Zealand artists include LIPS (“We Don’t Have Much Time”) and newcomer Sophie Gibson. Gibson, a 20-year-old singer/songwriter discovered by Rachtman, co-wrote and recorded “Something In The Water (Mickey Petralia Mix)” with American artists Amitė (Jorgen Baertsch and Christopher Gerber). Two versions of the song were produced by Grammy award-winning American producer/mixer Mickey Petralia (Flight of the Conchords, Beck, Eels, Peaches). A full version of the song is used as the end title over the credits. A separate, stripped down version of “Something in the Water” is also heard in the game when two characters discuss a demo song by a fictitious character named “Sophie.”

The focus on incorporating music into the game in such a creative way stemmed from E-Line Media’s development process working with leading international ocean scientists. Michael Angst, E-Line Media Creative Director and CEO, said: “We learned from scientists how music was such a huge part of their expeditions, from listening on the ships to finding a playlist as they traveled to the bottom of the ocean in submarines. So we knew the music had to be special, interactive and an emotional experience for players.”

Since release Beyond Blue has received positive critical press from major gaming news outlets across the world. The game is already hugely popular with influencers who have streamed the game to a global audience of over 2 million viewers. Beyond Blue is currently available on PC, Xbox One, PS4, and Apple Arcade. To purchase the game, visit http://www.beyondbluegame.com/.

The Music of Red Dead Redemption 2: Original Score Out Now