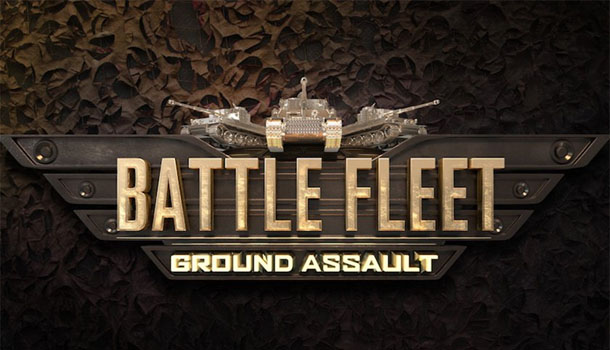 Mythical City Games announces today that the sequel of the popular turn-based military strategy game “Battle Fleet 2” will be released on Steam May 1st. Battle Fleet: Ground Assault is a new and unique turn-based strategy war game, designed for cunning tank based military maneuvers and challenging new battles, that brings a whole new tactical strategy experience to the genre.

In the teaser trailer you can see squads of tanks locked and loaded as they take to the front lines of the fight. The gameplay captures the excitement and power of these lethal war machines. The video shows off the wide range of rural and urban fighting environments as well as showcasing the fully destructible environment and buildings. With 20 historically accurate tanks to choose from, the sky is the limit as you mobilize your forces to the enemy frontlines.

With the return of single player battles, a robust campaign and intense multiplayer mode, Battle Fleet: Ground assault continues the strategy and unique “Worms” / “Scorched Earth” style angle+power mechanic of Battle Fleet 2, adding destructible environments, armor, shell types and all new tactics. Hit the engines and cripple the enemy’s maneuverability, or aim for the crew compartment and disable the tank for an entire turn. With a full-featured campaign and a variety of single play scenarios, Battle Fleet: Ground Assault will make you feel like Patton charging through the German lines.

Battle Fleet: Ground Assault will also have full VR support (coming later in 2018) allowing you to play the entire game in VR and even battle against friends who are playing on desktop.

“After the success of our last two Battle Fleet titles, we noticed that players were massively demanding the addition of tanks to their vehicles armada. Not only did we listen to them, but we decided to take it to another level and developed an entire new game solely focusing on tactical tank battles. We can’t wait for the community’s feedback when the game comes out on May 1st and also feel very excited about the upcoming VR support”, says Mythical City Games CEO, Jedrzej Jonasz

Battle Fleet: Ground Assault is scheduled to release on steam May 1st 2018.