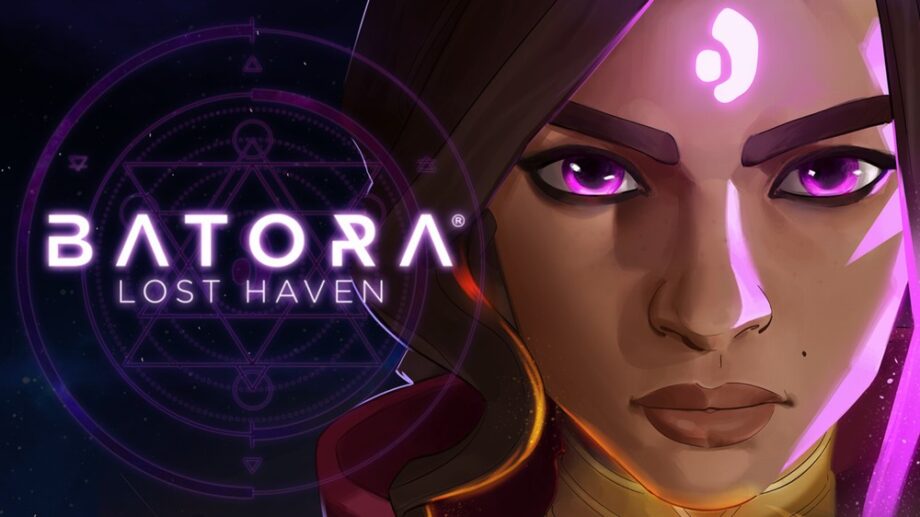 Over the last week, I was able to preview Batora: Lost Haven. This upcoming action RPG is from Italian developers at Stormind Games and is a new direction for the team as their previous titles were in the horror genre. Scheduled to come out this fall, I was able to knock against the unique switching mechanic of having a single character with two different move-sets, more on that later. While this is only a vertical slice, it is highly polished, and I had very few technical issues with the game. That said, everything could change by the time the game releases this fall, so stay tuned.

You start on Earth, playing as rambunctious heroin named Avril. You and your best friend, Mila, are set in a dystopian future where half of the world has been destroyed due to a mysterious disaster. While you’re climbing through the wreckage you’re sucked into a portal where you’ll be greeted by two Gods, Sun and Moon. While they are the guardians of Earth their powers have dwindled, and they spend their last amount of divine power to imbue you with the physical abilities of Sun (yellow) and the mental powers of Moon (purple). 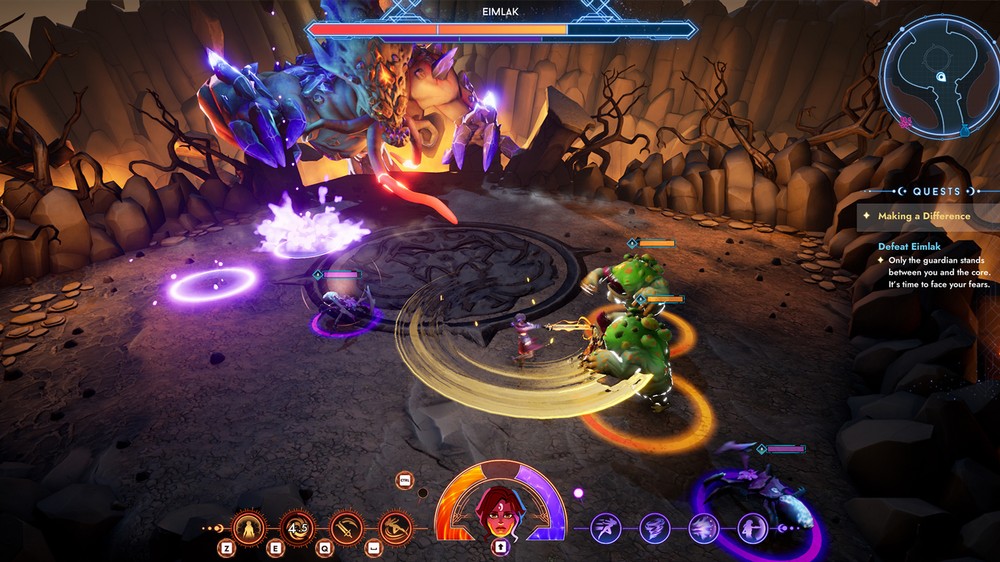 You must use and grow your new powers to save the earth before it’s too late. However, you’ve been teleported to a new world where you are the alien. To make matters worse, your partner, Mila, has been teleported away from you and you’ll have to go find her before you can save the Earth. Luckily, you have the engram of the two aforementioned Gods in your head and a walkie-talkie to Mila. So, there are a lot of conversations to flesh out the context and your objective.

The writing is outstanding! With so many side characters, and conversations happening it would have been easy to oversaturate or under-communicate to the player with background or current objectives. Instead, the game does a great job of making you like the characters early on, so that the jokes land and the mission feels critical. This is further underpinned by a tenor and tone that matches the colorful art style as you explore the alien world. The top-down timer-based moves are similar to Diablo. However, you’ll be dodging quite a bit more, rather than standing still and spamming your cooldowns. Each kill grants experience points that feed into the leveling system with various accolades. 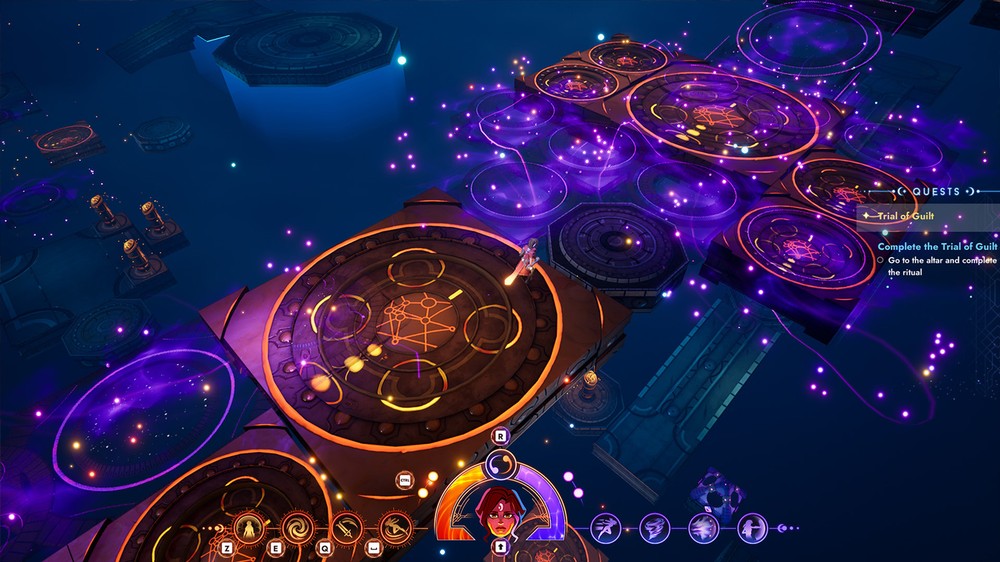 The rate of the unlocks and leveling feel strong because of the pacing of the game. The narrative is very focused. You always know what your objective is. You always have the sense that you’re doing the most important quest. I appreciate when a game gives a sense of urgency, rather than setting a quest where you have to rescue someone from a burning building only to get distracted by 20 hours of side quests. The pacing and focus of this preview will probably be the unsung hero that will elevate the combat system, art style, and writing.

As mentioned before, your character has dual stat-sheets that indicate your growth and capabilities in the Sun and Moon, or Physical and Mental categories. You level quickly and begin to glean the customizability of Avril with the Rune System. As you progress you will gather materials and level your character to unlock or purchase runes. There are 18 different slots to mix and match, but you won’t be able to maximize your character right off the bat. The variability of customization is impressive, and the UI makes it easy to swap around runes while quickly understanding the impact of the changes you’re making. The customizability paired with clear UI is no small feat, and UI/UX team deserves a pat on the back. 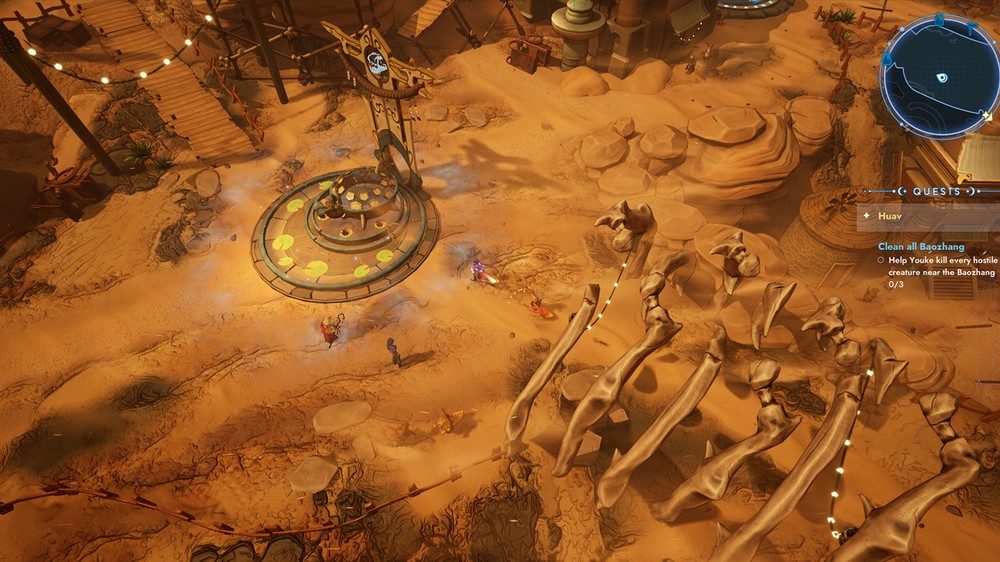 The combat is always bite-sized and had me wanting to develop better muscle memory to hit multiple cooldowns at the right time. While some enemies are hybrid, most will either be damaged by your physical attacks, yellow, and some by mental attacks, purple. Physical attacks are more up close while the mental attacks are ranged. When this is combined with the dodge mechanic, the fast-paced attacks and dodges had me always wanting to come back for more and master each encounter. You’ll get a tangible sense of satisfaction from setting up a trap for one enemy type while sniping another. It’s a deceptively deep combat system and always had me coming back for more.

The only criticism I have from my 5 hours of playtime was an audio queue to indicate a resource that you can gather around the map. There’s a “shimmering” sound that indicates the is resource nearby, but its frequency was shrill and overpowering. I tried tuning my speakers and headphones differently to see if the issue was on my end, but I couldn’t find a sweet spot. It pulled me out of the game each time I would hear these overpowering chimes telling me to go pick up some moon dust. It could be a bug, but it seems likely that this would be resolved by the time the game launches in the fall. Lastly, I’ll say the game ran just fine on the Steam Deck with full controller support. This is the bite-sized kind of game I want to pick up for 20 minutes at a time, and it’s a great pairing.

I am very excited to see what the team can release later this year and look forward to reviewing the game in full. At the time of writing the game is supposed to come out on PC, Switch, PS4, Xbox One, PS5, Xbox Series X|S. Right now, there is no price point, but I’d recommend adding it to your Wishlist. I can’t wait to dive back in this fall! 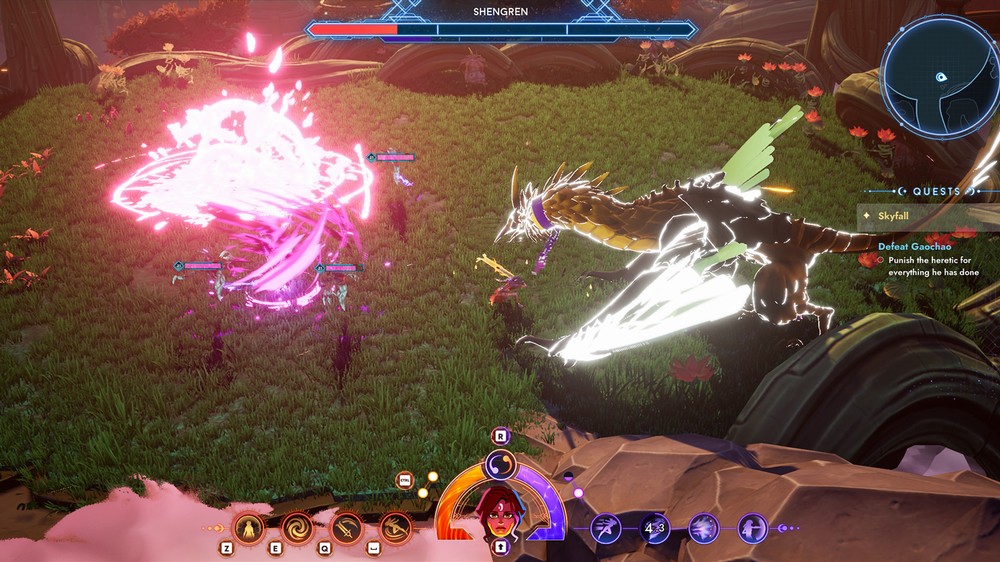 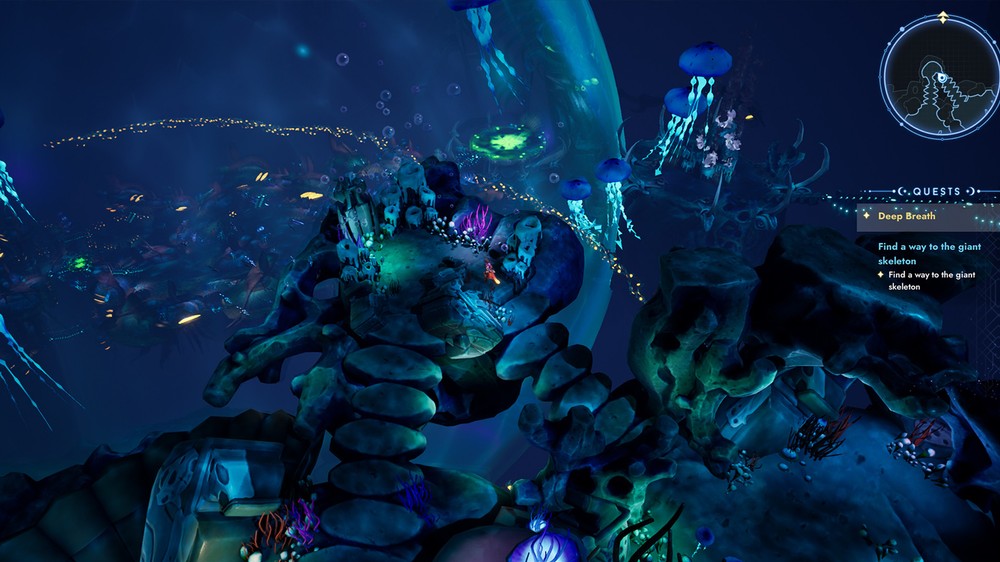 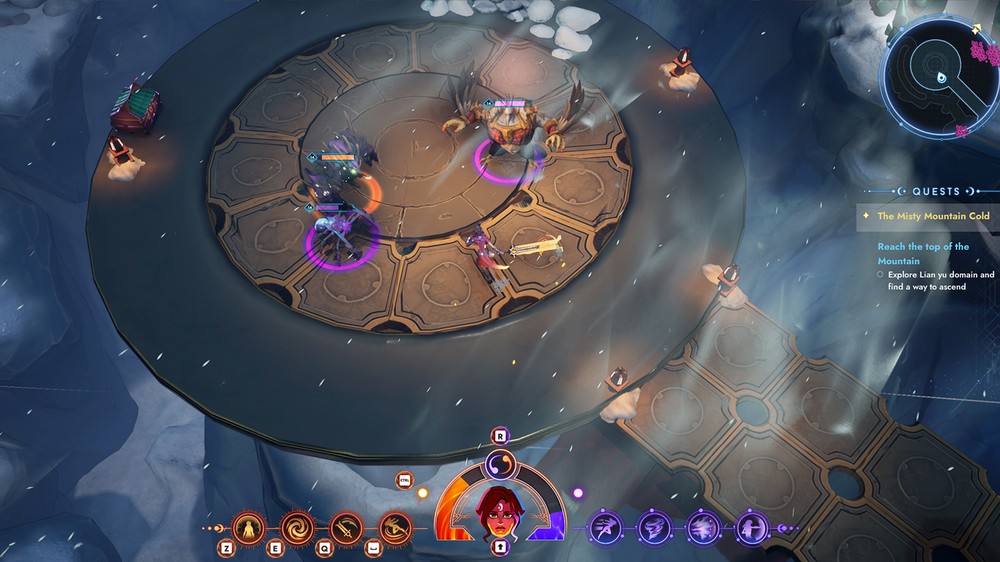 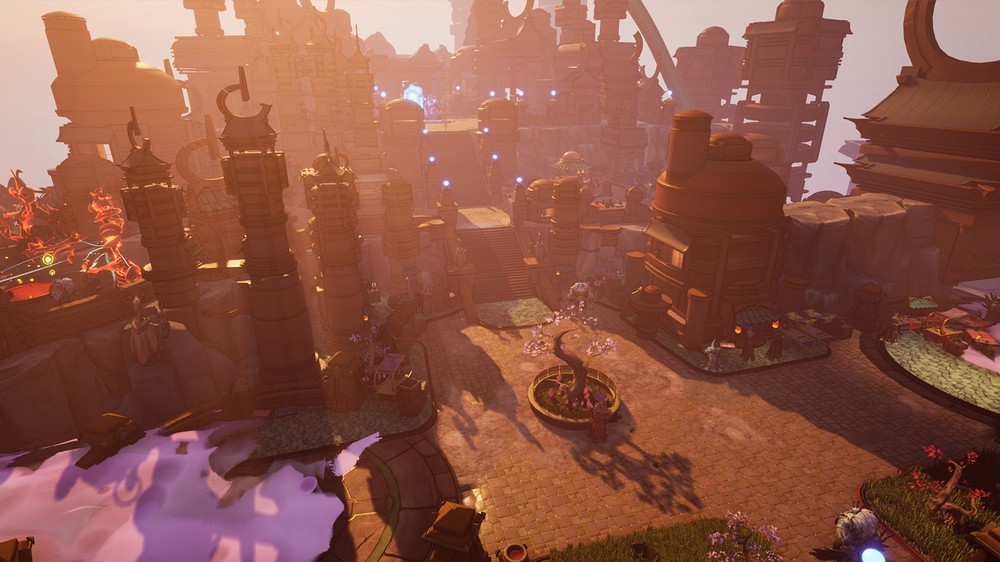