I’ve been playing a lot of Batman: Arkham Origins over the past two weeks and I have yet to find a single element that distinguishes this action-brawler from the previous games in the franchise.  Much like movies, sequels seem to stall out around the third installment, especially when they try to make that sequel a prequel.   Prequels are usually a copout; an easy way to provide filler material without actually advancing the plot – something I’m sure Rocksteady plans to do with whatever next-gen sequel they are cooking up in their own bat cave.

While the idea of exploring the early days of Batman isn’t a bad one, I would have much preferred seeing him slowly build up his crime-fighting HQ.  Instead, we meet up with a fully equipped Batman and a fully stocked bat cave, and a full roster of criminals who want the bat’s head on a platter.   Aside from subtle points in the story you have no real sense of where this game fits into the timeline.  Small clues like Commissioner Gordon not being the commissioner yet and the obligatory first encounters between Batman and some of his more infamous foes like the Joker are conceptually pretty cool, but in the end the game devolves into the same button-mashing attack-counter combat that we all know and love.  Well, hopefully you love it because this fight engine seems to have been adopted by just about every other game being release, only those games continue to do it right whereas Arkham Origins seems to have broken it.

The game takes place in a familiar but slightly different version of Gotham City.  It’s Christmas Eve and the flurries of snow give the game a frosty chill that makes you wonder if Batman’s awesome new bat suit/body armor has any thermal properties.  Despite this being early in his career, Batman has obviously pissed off the mobster known as Black Mask who offers a $50 million bounty to anyone who can bring him the bat in one night.  Personally, if I was Alfred…hmmm…  With that amount of cash at stake all sorts of criminals and assassins come out of the woodwork including a few names casual fans won’t even know and then some big names like Deathstroke, Killer Croc, and Bane. 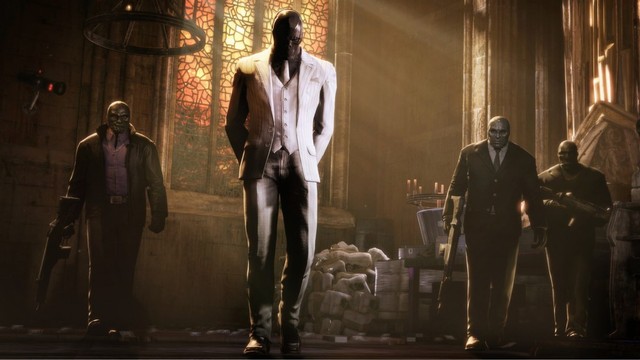 The city is much larger this time due to the addition of a southern map that is connected by a bridge patrolled by large numbers of enemies, which makes going between the maps an unnecessary chore.   In order to help you get around a bit easier (or faster)  you can hack a series of communication towers that are blocking the GPS system on your Batwing.  Once hacked, you can then fast-travel to any other hacked tower, but until then you are at the mercy of your grapple, which as always, feels more like Spider-Man than Batman.

Oddly enough, previous games seemed to handle the grapple better than Arkham Origins.   There were way too many instances where I would be zipping from building to building with a few cape glides stuck in the middle and all of the sudden there were no more connection points.  I would drop to the ground and have to walk around a bit to find the next place to grapple and continue.   These random, and sadly too frequent interruptions in my travels, really hurt the flow of the game.

Arkham Origins is huge yet it didn’t seem quite as “sandboxy” as Arkham City.  There are certainly plenty of side quests like the random criminal activity you can thwart like saving a citizen from a mugging or stopping a guy from robbing an ATM.  Enigma (aka The Riddler) has scattered extortion documents around town, both in the city and within the story levels, so you have your collectibles, and finding many of these actually requires considerable effort and environmental puzzle-solving.  You’ll also have to deal with defusing a series of bombs that Anarky has scattered about the city, so yes, there is plenty of “filler material” but it’s not that well integrated and comes off feeling just like that; filler. 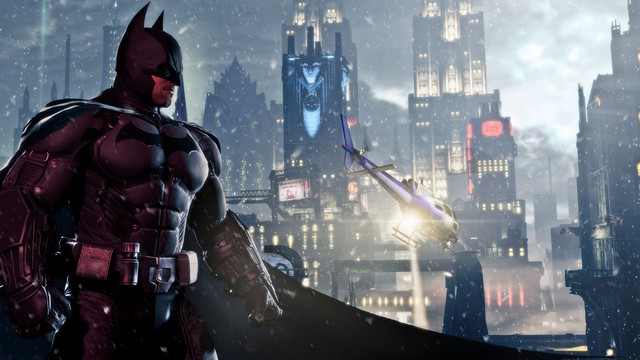 Contained within this massive city are the core story missions, many of which take you indoors and that is where the game really shines; at least in level design.   While visually interesting, the missions are way to linear, funneling you along from one combat encounter to the next.   I really loved the stealth elements and all the detective bits from the previous games, but those have been pushed aside in favor of an overabundance of combat, and the more you fight in this game the more you realize that the fight engine isn’t nearly as good as it used to be.   It seems you must now fight on pure visual cues, always looking for that indicator over the enemy head signaling it’s time to hit the counter button.  In past games you could get into this awesome combo rhythm, but now the beat is off just enough that you can actually mess up if you slip into your old fight style.

Arkham Origins also has this annoying feature of grading each combat encounter no matter how large or small, so there is always this scorecard being tallied in the top corner with a resulting letter grade.  I don’t mind that system at the end of a chapter like in DMC, but we really don’t need real-time evaluation of our fight skills every two minutes.  It really breaks the immersion and continually reminds us we are playing a game.

Despite a wonderful rogues gallery none of the Batman games have been terribly strong with their boss fights but Arkham Origins seems to be the worst of the bunch.   None of the fights are all that interesting or even challenging.  You simply learn the boss patterns and exploit their weakness, usually while fighting off dozens of filler enemies who try to distract you from your true target.

Arkham Origins adds a few things to the mix.  Despite being pushed aside in favor of more combat, the detective mode has gotten tweaked allowing you to reconstruct crime scenes and then analyze these holographic reenactments for clues.  The whole concept had a very “Remember Me” feel to it, only without the ability to remix memories.  In this new mode you are looking to reveal red indicators that can be scanned for additional clues.  Sadly, the entire process, while cool to watch, isn’t very interactive.  And then you have a handful of new gadgets, which are more for show than anything else, and only leads to uncomfortable prequel questions about why he didn’t still have these in the other games. 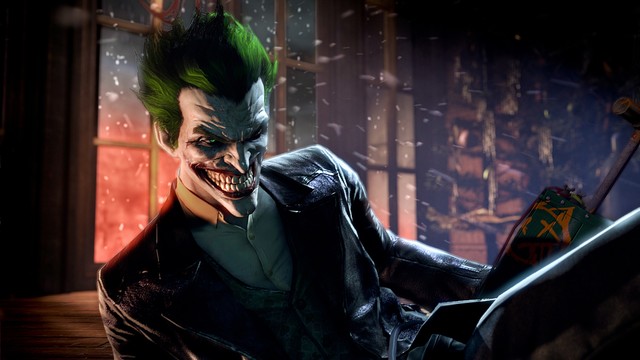 And finally you have the completely unnecessary yet somehow obligatory multiplayer mode created by Splash Damage.  While these guys are known for some great multiplayer games, Batman just doesn’t lend itself to online or team play unless you are doing a Justice League game.   You basically have three teams; Bane vs. Joker vs Batman, and while the villains are supported by various henchmen, you get Robin.  I’m guessing this mode might be more popular on the consoles.  I wasn’t finding a whole lot of people playing or even willing to try this Battlefield-style domination game, and the few games I did manage to play didn’t compel me to go back anytime soon.

If you can do without the multiplayer (and I think we all can) then the PC version offers the superior visual experience for those with the rig to run it.  Cranking up those DX11 settings is only the first step in witnessing the glorious textures on the batsuit and the flowing cape that naturally drapes and flows around our hero.   Toggling on the PhysX gets you even more eye candy like fluttering debris as papers and trash kick up around Batman as he walks around or even the steam that floats from his mouth when he talks and breathes in the icy air.   The indoor levels are vastly superior to the indoor areas of the previous games and the city skyline looks amazing with a great draw distance, no visible pop-up, and some nice twists to the city design that keeps the landscape fresh for Gotham veterans who think they know their way around town.

I hate to say it but Batman: Arkham Origins seems more like a flashback DLC than a standalone game.  It’s one thing to try and keep a franchise alive with yearly installments, but in this case I think a year or two between games would have only made whatever Rocksteady has in store for us all that much sweeter.    Aside from a surprisingly engaging narrative, there just weren’t enough new or updated features when it comes to game mechanics or gameplay.  If anything, the game seemed a bit recycled. 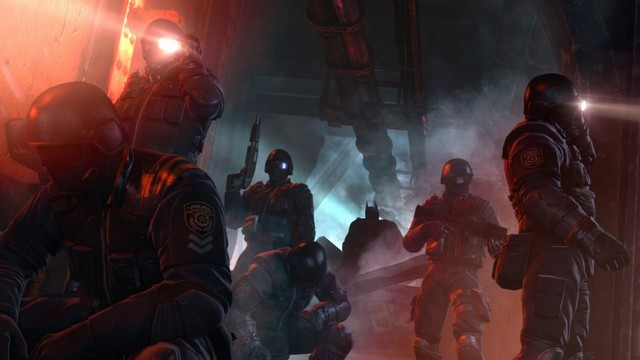 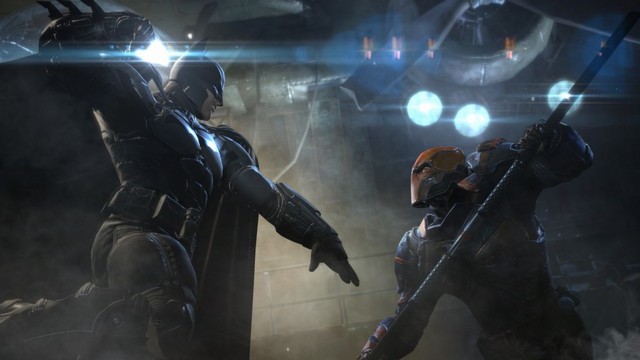 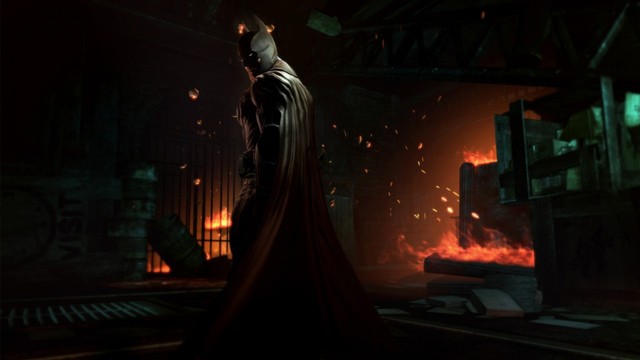 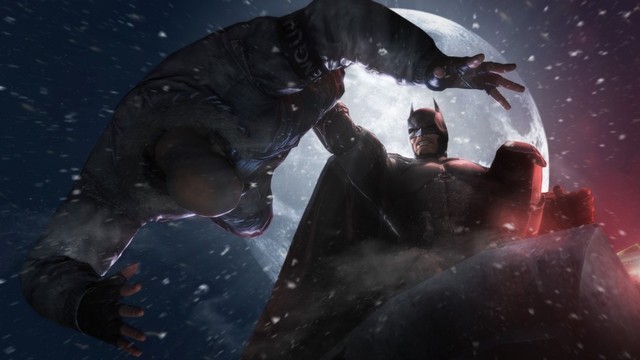 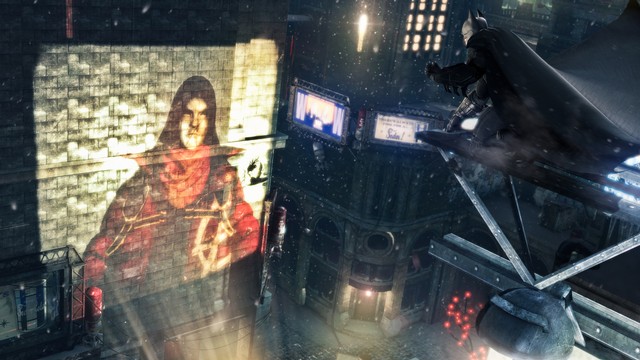 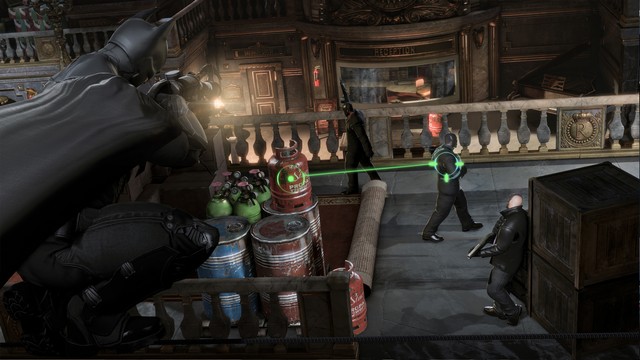 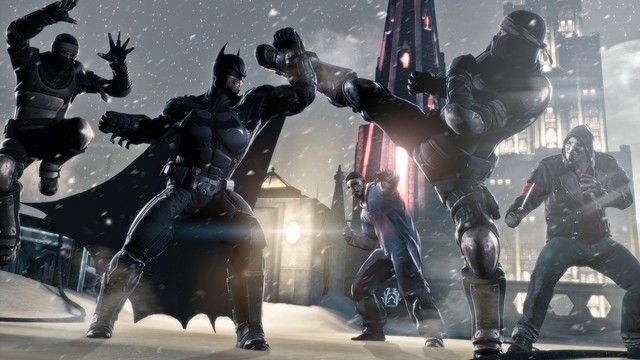