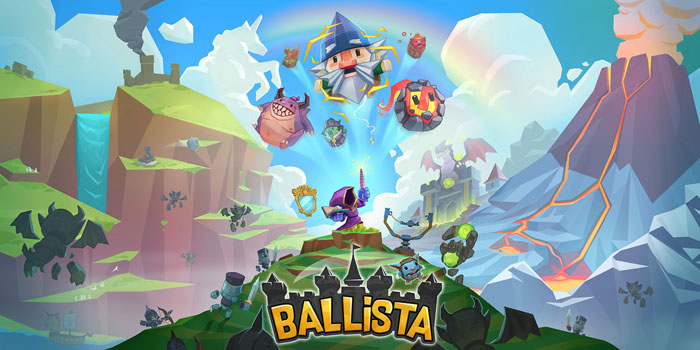 High Voltage Software, creators of highly acclaimed VR titles, Damaged Core and Dragon Front, are catapulting into the summer with their latest fantastical, first-person virtual reality title. In Ballista, players grab, tickle, poke, throw, and launch adorable creatures at enemy fortresses in a single-player, immersive VR adventure that is as endearing as it is twisted. Ballista is available now, exclusively on Oculus Rift with Touch Controllers and Oculus Quest.

“While it sounds easy to sling a few cute little monsters at your enemies, we’ve baked in unexpected gameplay and playful reactions to your movements at every turn to make Ballista a truly entertaining and immersive Oculus experience,” says CEO Kerry Ganofsky.

Enemies and fortresses become more challenging while the player progresses through 5 kingdoms and 30 strongholds. Players can uncork Eldritch charms to change the flow of battle in magical ways, and blast incoming enemies with a wand made of — what else? — unicorn horn. Once the player at last stands victorious, an additional set of 20 challenge missions await.

“In Ballista, you’re never alone in battle because you’ve also got your Magic Mirror beside you,” notes Ganofsky. “She’s got quite a personality, and I think it’s one of the most unique aspects we were able to bring to the solo VR experience.” The Mirror companion provides plenty of useful in-game advice, as well as non-stop comedic commentary whenever the player gets stuck.

The game’s charms are on full view in every scream of its 21 unique creatures, each crafted with a different personality and memorable abilities to match. As everything succumbs to the corruption of the mysterious Bane Stones, strategy and precision are the key to growing this arsenal of minions and advancing to higher challenges.

“Also, the more loveable minions you rescue, the more ammunition you’ve got!”

Ballista is available now worldwide for $14.99 (or equivalent amount in other currencies) on the Oculus Store and it is a cross-buy title, so purchase once, and play on all your devices.