I’ll avoid all the bad puns about Bad Bots being a “bad game” and get to the core of this sad little indie sidescroller. I love retro games and I love indie games. I’m old enough to remember games like Commander Keen, and I’ve spent countless hours playing those games, so when I first saw Bad Bots I had some reasonable expectations, sadly, none of which were met.

Bad Bots deals with Sam McRae, the last human survivor on a ship loaded with robots bent on human extermination – insert your own Dalek impersonation here – only these bad bots are coming at you will guns loaded, as you must traverse 170 deadly rooms and survive encounters with more than 2000 cyborgs and seven deadly bosses all programmed to kill you. Sam has eight weapons including an Axe, Rifle, Shotgun, Grenade Launcher, Pulsar Gun, and a few others, as you slog your way through the 3-4 hours campaign mode, or try to survive a full 60 seconds in the Challenge Mode. 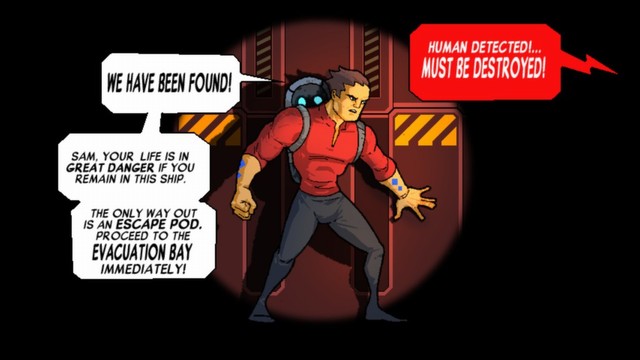 Controls can be a bit of an issue. The mouse and keyboard control scheme is far from functional but the gamepad is just as bad. Movement and jumping are nearly impossible to pull off, at least precision jumping as is required in nearly every other screen, since jumping is assigned to flicking the left movement stick rather than a button press. Expect a lot of unwanted jumping and a lot of not-jumping-when-you-wanted thanks to this horrible control scheme – something that could have easily been avoided by at least letting me customize my controls.

Bad Bots seems more at home as a budget iOS app rather than a game I’d expect to play on my HDTV, even with support for Steam Big Picture and a gamepad. Sadly, the game is just too boring and repetitive to be that much fun after the first 10-15 minutes. Smashing robots with melee weapons or shooting them full of holes with guns only gets you so far. Level design is basically a series of linear screens with obvious indications of how to proceed until it’s time to backtrack, and then the lack of any type of map turns Bad Bots into some navigational maze puzzle. 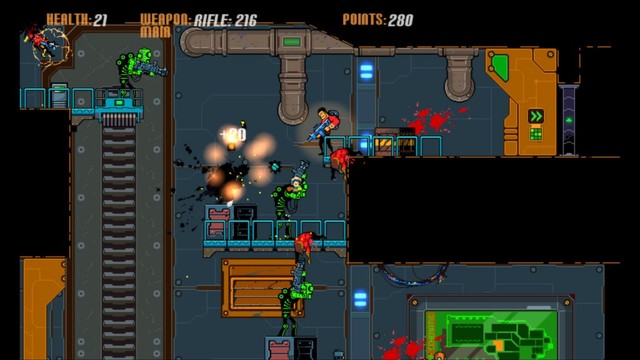 The visuals seldom vary which means rooms and especially robots start to all look alike. There may be 2000 robots to kill but they all come from a half-dozen stock models. You’ll find greater challenge and variety in the various traps and environmental hazards that await as you navigate the endless rooms and corridors. Even worse is the lack of music, which at first I thought was a problem with the game, but now that I know there is no music, no rhythmic driving force to keep my pulse beating and my eyelids open, Sam was doomed to die often, as I lapsed in and out of consciousness playing this game. In a world where indie game design is home to some of the best soundtracks out there, having no music in your game is criminal.

There might be one or two dollars of mindless (or mind-numbing) fun to be had with Bad Bots if it ever goes on sale or comes to a mobile platform, but there are hundreds of indie games out there for $10 and all of them are better than Bad Bots. In possible retro charm is just lost in repetitive level design, repetitive robots, repetitive gameplay, and poor presentation values. Save your time and money for something more rewarding. 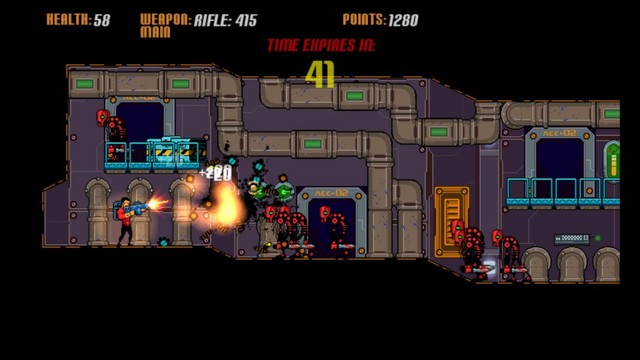 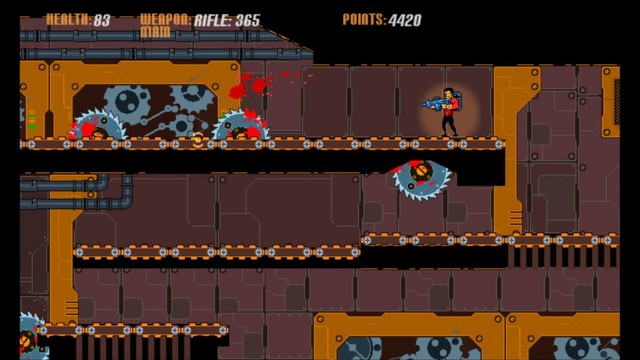 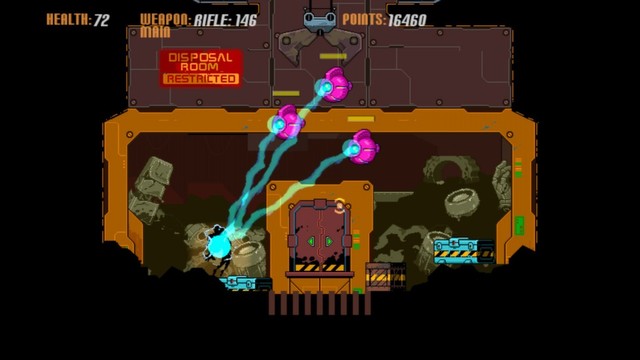 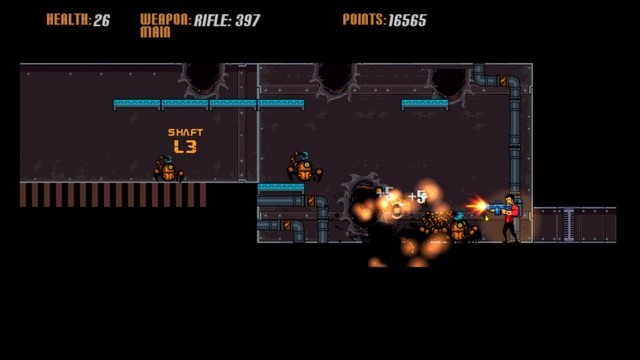