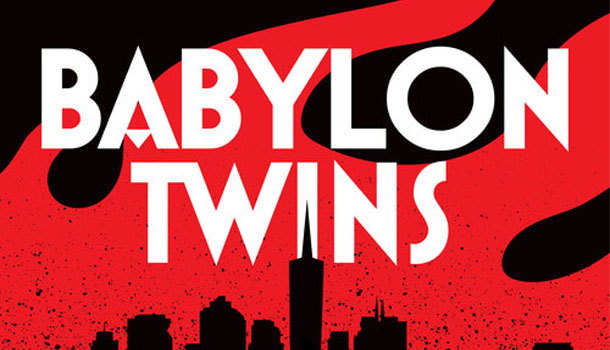 Babylon Twins is a Young Adult novel featuring a kind of apocalypse that is a little bit different than most of the other “end of the world” stories that I’ve been exposed to over the years. The story is told through the eyes of twin sisters, Clo and El. The author, M.F. Gibson, uses a unique, dual first-person perspective, where both of them are telling the story from the first-person, but switches seamlessly between each of them as the story is told. It is quite an interesting technique and one of the most intriguing narrative tools that the author uses to tell the story. 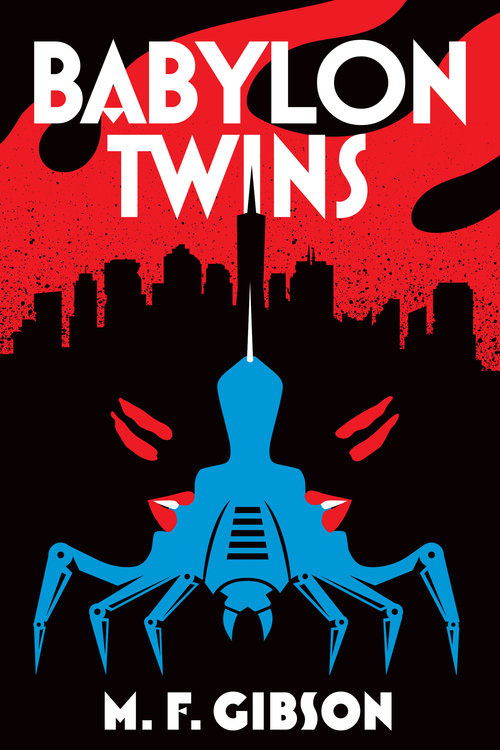 Ultimately, it is a story about the end of the world and how the twins’ unique relationship and language saves them, and the rest of humanity, from ultimate extinction. I won’t go into too much detail here, because that would just spoil the story. The story starts off as one about a family learning to survive in the wild. In the city, a super-addictive drug is released to the masses essentially turning everyone into mindless zombies…but not the aggressive “eat your brains” kind of zombies. The mother of the titular twins takes them and their younger brother away from the city where they find refuge in the wild. They spend the next decade there, living off of the land in a very secluded place, until their sanctuary is discovered and their mother leaves. Eventually, with their mother gone and things only getting worse, it forces them to leave the safety of their self-made home and return to the city in search of answers.

The adventure style of the story is engaging and told in such a way that I found myself feeling excited or curious about what was going to happen next. However, I also felt that the overall writing style was disjointed. There were times when the vocabulary used by the twin narrators was plain or simple, as if they were immature and inexperienced. But then there would be shifts in the narrative style at times that would use much more expressive, much more flowery language that changed the tone and feel of the storytelling. I don’t know if this was unintended, or if it was a choice made by the author, but it took me out of the story at times and made me wonder who was actually telling me the story.

The world that was created for the story is quite interesting and makes you, as the reader, think about the world that we live in and how close we could be to something somewhat similar happening to us. Some corporation that decides that it is in the best interest of the world to dope everyone up and make them mindless slaves. But, again, there are parts of the story where it feels like the initial problem, or adversity that is implied by the book suddenly shifts. I’m not saying that it’s against the rules to shift course in a story, in fact that is often a great method of surprising your audience. However, some of these shifts were so sudden and seemingly convenient that they seemed to stand out as obvious tricks rather than a natural progression of the story. Character motivations seemed to shift and waver at the drop of a hat. Even the main characters, the twins, are frustratingly fickle at certain points in the story, going from having deep, emotion convictions, to flip-flopping on them without warning, or having seemingly terrible or amazing or powerful things happen to them that they seem to forget about or disregard completely a few pages later.

So, in the end, I felt myself struggling to push forward in the story. I found it hard to want to finish reading the story, because by the end of it I had found that I had lost interest in what would happen. Perhaps this was due to the fact that the “bad guy” had changed so many times that there didn’t seem to be one anymore. Or perhaps it was because the main characters themselves never seemed to feel like they were in any true danger. Or if they did, they handled the stresses of those dangers in odd and irrational ways. Truly devastating things that happened to them were shrugged off as if it were just another day in the park, and lifelong rules and hatreds that they had been raised to never forget were thrown by the wayside at the first opportunity. And, even then, it didn’t matter, because the things that they’d been taught were seemingly lies all along, anyway.

The book ends with a cliffhanger, wide open for a sequel. There is a tiny part of me that would be interested in reading it just to see what ends up happening to the world that the sisters discovered when they came back from the woods, but that is a very small part. Ultimately, the story was interesting, but not great. I think that it was a concept that had great potential, but missed the mark on some important levels.

There was a part of me that wanted to excuse some of the mistakes that this novel made because of its Young Adult tag. Perhaps it was being written for a less mature demographic. But then I remembered that books like Hunger Games and Harry Potter are also in the Young Adult category and I don’t think that you can use that excuse. I just think that the book fell short of its goal. There are better books out there that explore post-apocalypse life, even in the Young Adult category.

Babylon Twins is available online at Amazon or you can get the e-book version.  You can also learn more about the author, M.F. Gibson and see some cool fan-art at the author’s homepage.