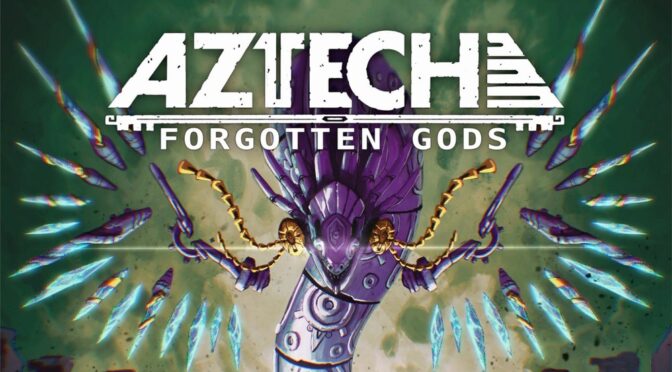 For the longest time the intersection of historical settings and futuristic backdrops in gaming has been dominated by Ubi Soft and their hit-or-miss (mostly miss) Assassin’s Creed series. Aztech Forgotten Gods, from Mexican developer Lienzo, enters that fray, asking what if the Aztec Empire never fell. The resulting game contains a self-coined, Cyber-Stone world that blends ancient Aztec Gods with cyberpunk tech. The setting is oozing with style and promise, and the characters are just interesting enough to carry the narrative, but the gameplay and the overworld map leave a lot to be desired in Aztech Forbidden Gods. 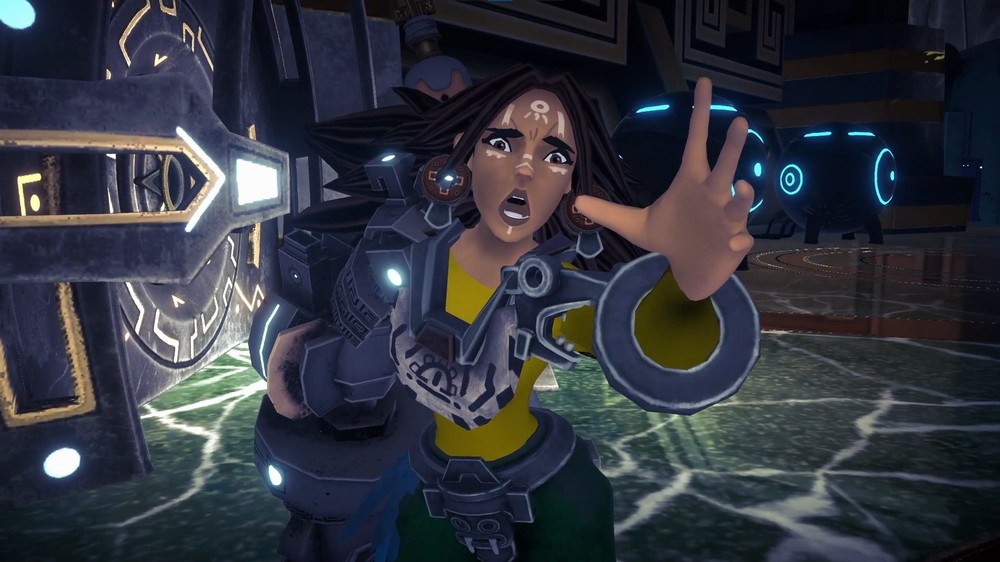 Aztech is a 3D platformer that sneaks in open-world adventure elements. Players explore the city of Tenochtitlán as Achtli, another recent protagonist with a giant robotic arm (the other being Rani in last year’s The Gunk). Achtli’s main mode of transportation is her arm, which doubles as a jetpack that rockets you across the city. There’s also an upgrade that lets you grind rails which I found reminiscent of Sunset Overdrive. There are some odds-and-ends around the open world such as battle challenges and races, but otherwise Tenochtitlán just feels empty. Hover Cars and pedestrians are present throughout the city, but they don’t help make the city feel like a living, breathing place. Instead, it just feels like an empty husk you fly through to go from mission to mission. 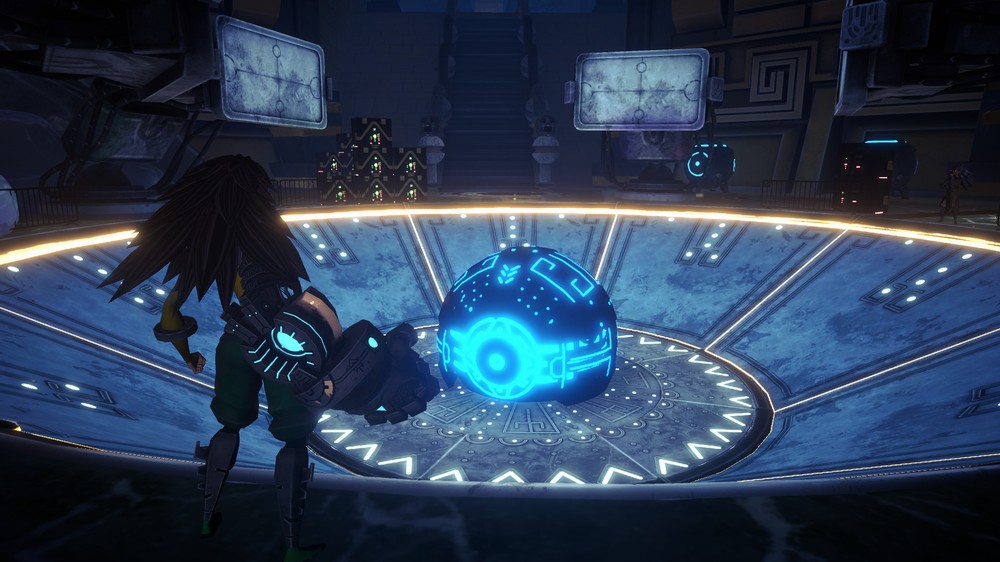 The most fun I had with Aztech was traversing the city and seeing just how high I could fly. I worried the presence of a stamina bar would ground exploration, but rings around the city kept me moving and kept stamina management from becoming annoying. Combat on the other hand feels like an afterthought. You are unable to lock onto enemies. The rules of attacking enemies are also not well defined. A circle pops up along with a button prompt, when you are in range for an attack, but there is no indication if the attack even landed. In most encounters I found myself just swinging my giant arm aimlessly until the statuesque enemy evaporated. There are other abilities you gain throughout the campaign, like a blade projectile and a ground stomp, but I rarely used most of those in comparison to the default haymakers. 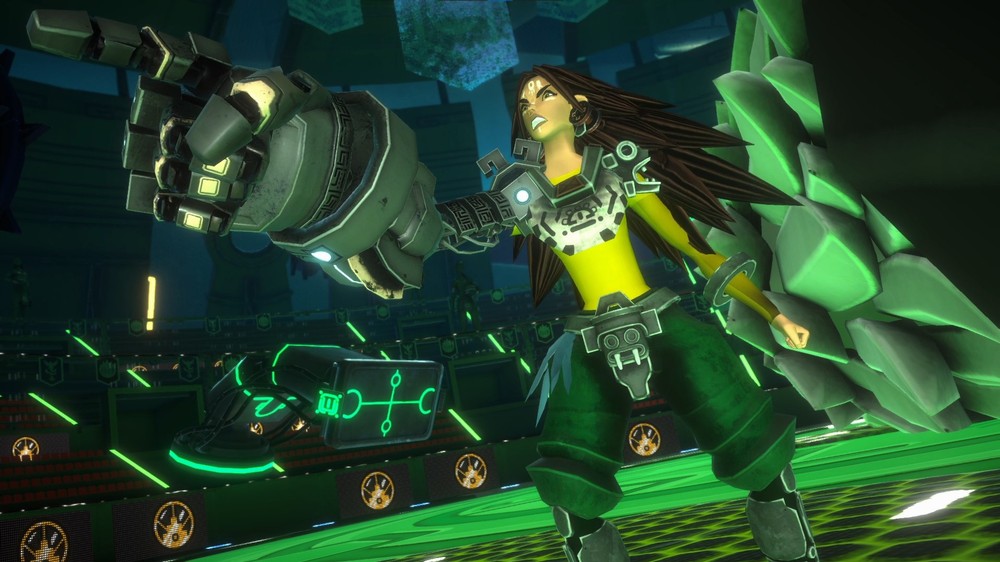 My biggest gripe with Aztech is its lackluster camera. You have control of the camera, but it periodically goes rogue when enemies come into play. I’d fly toward an enemy, ready to throw a punch, just for the camera to move and completely throw off my attack. This happened repeatedly.  In wide open spaces, flying around, there aren’t many issues, but a majority of the game is about the combat, and the camera completely takes you out of the experience, especially when fighting one of the many bosses.

There is plenty to love about the bosses you’ll fight across the campaign. Their designs are beautiful and heavily lean on ancient art depictions of each deity. Each fight also feels unique, implementing the need to use new abilities as you progress further into the game. One such fight required the use of the newly acquired blade projectile to cut the vines a boss hung from, prior to launching the finishing blow. These fights ultimately are plagued by Aztech’s camera issues. 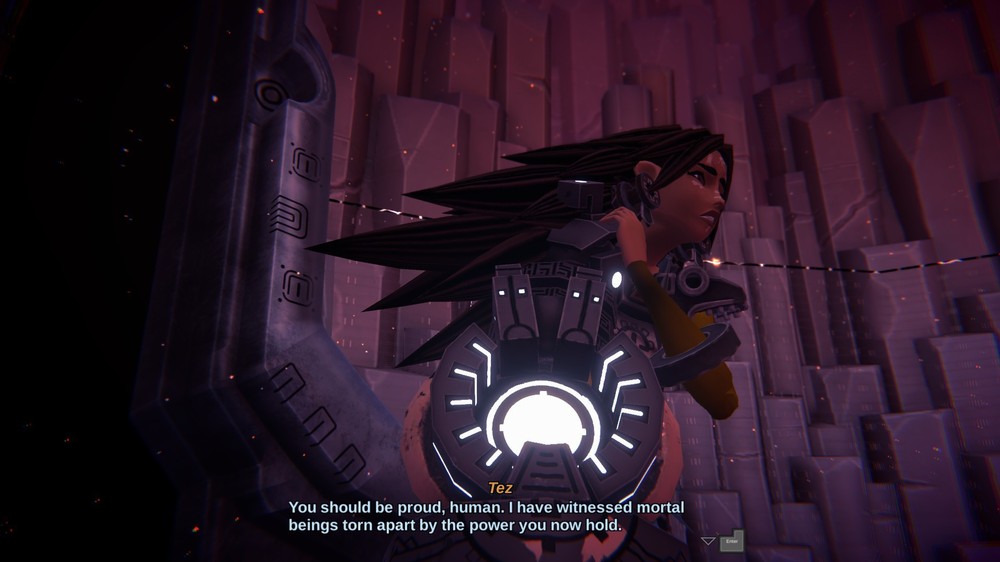 Losing sight of the boss, thanks to an uncooperative camera, can lead to untimely deaths and repeated sections of fights multiple times. Most of the bosses already pose a challenge, the added challenge of a bad camera does a disservice to one of the better aspects of the game. In one fight, you take on a double-headed god in a sports arena. Sounds cool, right? I thought so, until I flew around the arena, lost sight of the boss multiple times, and also latched onto the wall I couldn’t see (thanks to an upgrade), all thanks to the camera.

With your great arm, comes great responsibility. Achtli is entangled with an Aztec god, who tasks her with defeating other Aztec entities that have re-emerged to destroy the city. It’s your typical hero’s journey, which lasts a little too long (it took me about five hours to see credits). 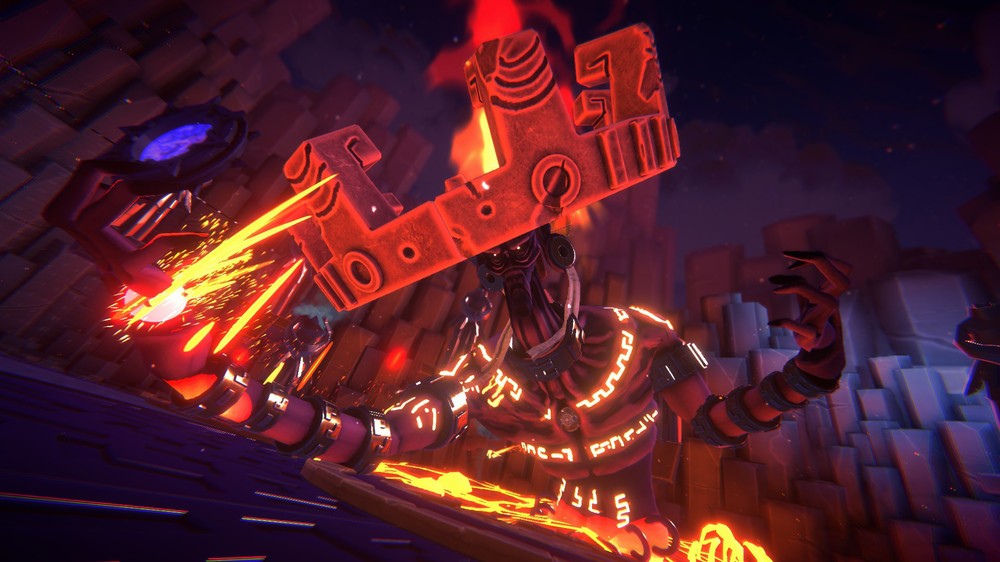 I did find myself more interested in Achtli’s backstory concerning the loss of her father and her arm. She’s also afraid of tight spaces, which is a nice character moment every time she finds herself in a small room. The game also makes time to explore themes of loss, feeling like a complete person, and using technology to fill voids. As I said previously, these characters are interesting. Achtli’s relationship with her mom and her long-time friend Tepo are touching and dip into themes of being a single parent and the give-and-take of friendships. It’s just easy to miss a lot of this due to there being no voice acting in Aztech, aside from the occasional expressive grunt accompanying the lines of dialogue. Things are even worse when dialogue plays out while you traverse the city. It’s tough reading up on what’s going on with Tepo, while you’re flying to your next objective and dodging enemies. 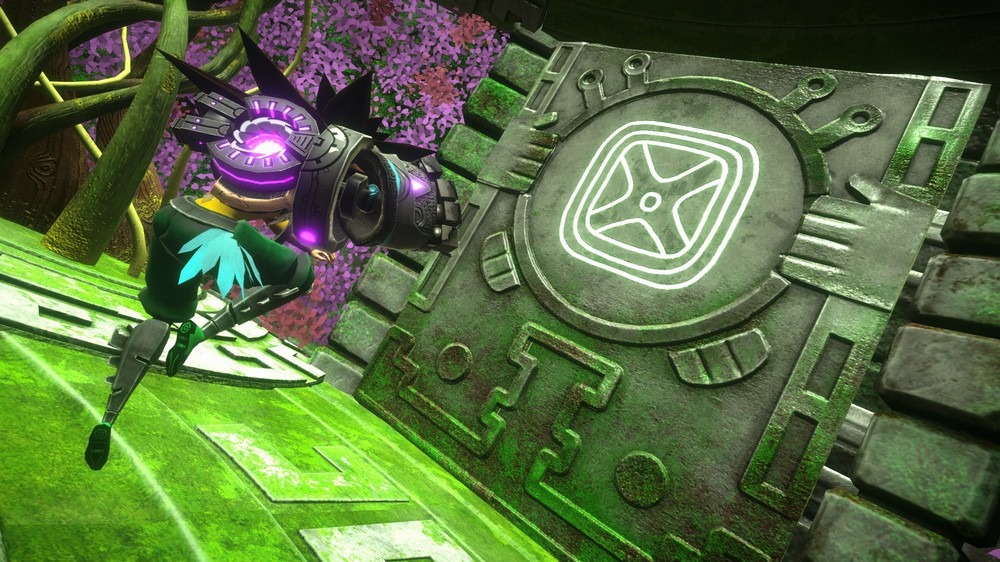 I really want to recommend Aztech Forgotten Gods. Between its unique setting, fun open world traversal, awesome looking bosses, and great storytelling it has a lot to like, but with minimal optimization of the combat system and a camera that can’t keep its focus on your enemies, the only thing I can recommend is a few more months of polish.