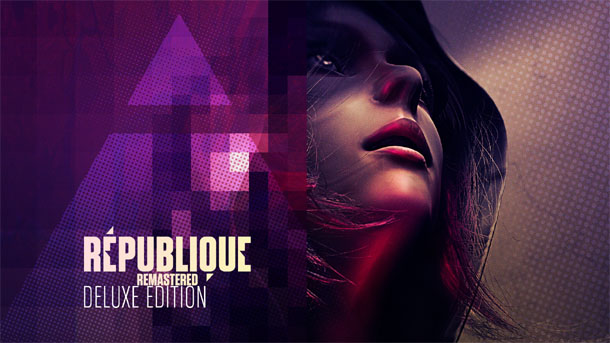 Independent studio Camouflaj announced today that its critically acclaimed stealth adventure RÉPUBLIQUE REMASTERED launches on PC and Mac on February 26th via Steam, GOG, and Humble Store. Rebuilt from the ground up in Unity 5 by industry veterans behind AAA games including Halo 4 and Metal Gear Solid 4, RÉPUBLIQUE REMASTERED includes Episode 1: Exordium, Episode 2: Metamorphosis, and Episode 3: Ones and Zeroes in both Standard and Deluxe Editions.

RÉPUBLIQUE REMASTERED is the first commercial game to fully utilize the power of Unity 5, the next generation of the Unity multiplatform engine and development tool. Camouflaj has fully embraced the engine’s features, including physically based shading, real-time global illumination, and reflection probes.

“Ever since we committed to doing a desktop version of République, we’ve been haunted by the task for delivering something truly special for PC players,” says Ryan Payton, designer at Camouflaj. “When we got a glimpse at the next iteration of Unity we realized that this was the answer — beyond redesigning the game’s controls and UI for desktop, we’ve completely gutted all the game’s art, rebuilding everything using Unity 5’s cutting-edge graphical features. The result is something you have to see to believe.”

In close collaboration with Unity Technologies, Camouflaj worked with Unity engineers to stress test and optimize the game alongside Unity 5’s development, documenting the entire process for the benefit of the Unity developer community. More details regarding Camouflaj’s documented journey to Unity 5 will be released prior to GDC 2015.

In RÉPUBLIQUE REMASTERED, players assist Hope, a desperate young woman struggling to escape from a secret, Orwellian state. Communicating using a stolen phone, Hope contacts the player and asks them to hack into the nation’s surveillance system, assume control, and guide her out of the clutches of the omnipresent Overseer. Literary works such as 1984 and Brave New World, and current geopolitical events including global surveillance and Internet censorship serve as key sources of inspiration for both the narrative and the stealth-survival gameplay. Players expand their control over surveillance cameras and other network-enabled devices, growing into an active threat to the Overseer and his grip over his shadowy nation.

Available on February 26th for PC and Mac on Steam, GOG, and Humble Store, the Standard Edition of RÉPUBLIQUE REMASTERED will retail for $24.99, and includes a pre-purchase of the upcoming Episode 4: God’s Acre and Episode 5: Terminus. The Deluxe Edition adds the complete soundtrack, an hour-long making of documentary, and two early prototypes (exclusive to the desktop version) for $34.99. For launch week only, both the Standard Edition and Deluxe will debut at a 20% off sale price ($19.99/$28.99).