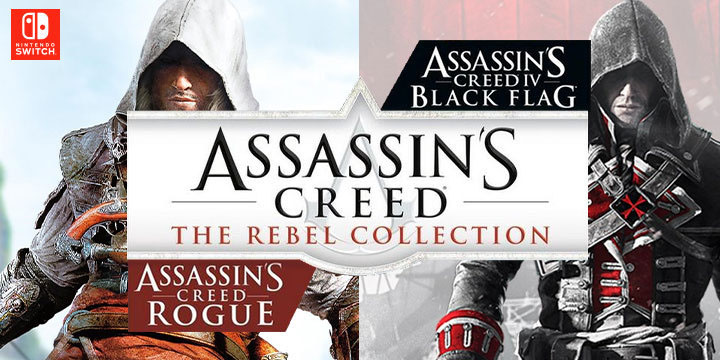 The Assassin’s Creed franchise is one of those that has stayed true to its roots over the evolution of its series. The developers of the games have pushed very hard to make sure that the characters and situations portrayed in each of their games carry with them some historical accuracy, which is commendable. The plausibility of a line of assassins that has had their hand in the course of politics and government from basically the beginning of recorded history is quite remarkable and alluring.  Also, it’s super fun to parkour all over the place and stab people in the back with sleeve blades.

Putting the two things together is just an obvious line to a successful game and Ubisoft keeps cranking them out. While the quality or enjoyability of some may be arguably better than others, even at its worst, Assassin’s Creed games are usually reliably pretty decent games. 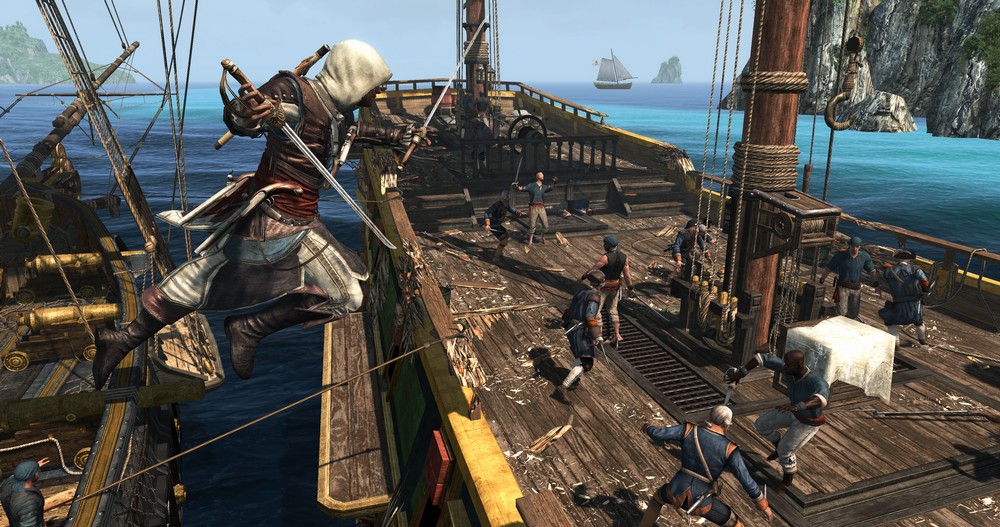 And now, with the Nintendo Switch getting the Assassin’s Creed: Rebel Collection, which is a port of two of the better games in the entire franchise, Black Flag and Rogue, you can relive the glory of being a ship captain on the high seas as well as an accomplished assassin in a fairly open combo of games that both allow you to pursue a wide range of tasks in the order you choose.

The primary method that the main protagonist in each Assassin’s Creed game gets around is through an impressive and acrobatic form of parkour, or free running. The way that this movement was designed was to make it as simple and intuitive as possible for the player, giving the character in the game the contextual agency to flow from one movement to another if that is what the game interprets your control inputs to be implying. Sometimes, this is wonderful, allowing you to perform chains of movements that feel fluid and graceful and balletic. Other times, you run up a wall when you mean to run down an alleyway and lose your quarry because you are too busy doing backflips for no reason. 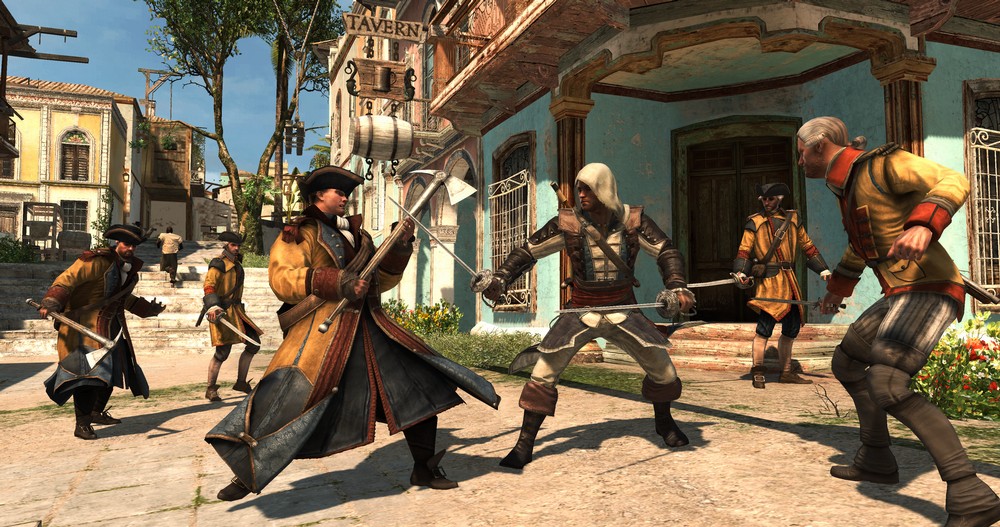 I understand the design choice to take away the responsibility from the player to have to press a thousand different buttons just to run across some rooftops. I played Tony Hawk’s Pro Skater and remember the utter frustration that came when you’d eat pavement because you pushed L1 instead of R1 and tried to perform a tail grab instead of doing a rail grind. I nearly broke a controller from that frustration. But, I can’t help but feel that the Assassin’s Creed method is too far of a pendulum swing in the other direction.

Other things that you have come to expect from Assassin’s Creed games is still there. The ability to blend into crowds to get closer to your targets, the ability to climb to the top of the tallest building in an area and get an amazing sweeping panoramic view of the surrounding area, revealing all of the cool little things for you to go and try to collect, and then the ability to gracefully swan dive off of said building knowing, without a doubt, that there will be a cart full of hay for you to backflop into…all of those things are still in the game. 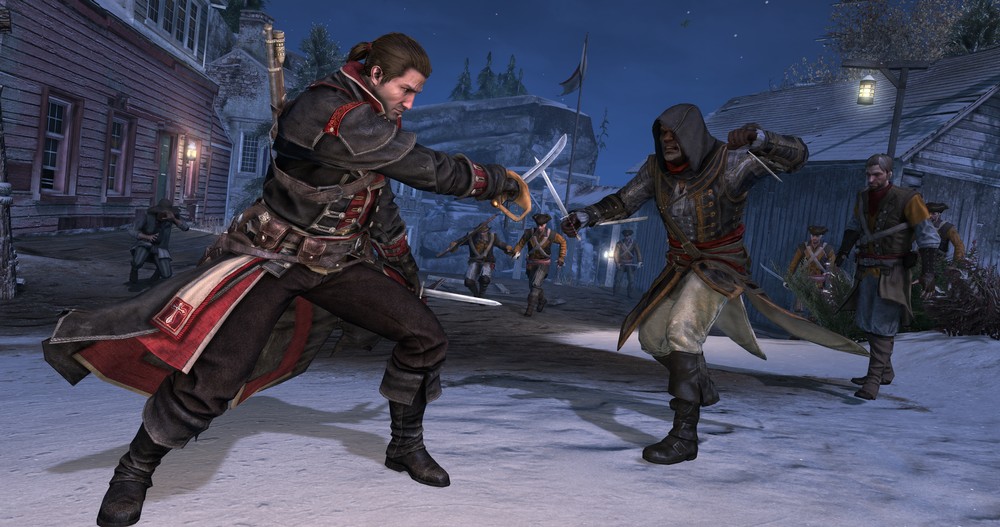 And then you get ship combat, too! With Black Flag and Rogue, you get the added bonus of being able to take to the seas in a ship of your own and fight other ships and even board them, which is a wonderful addition to the normal gameplay loop that you get in the previous installments of the franchise.

The real question of this review, however, shouldn’t be about the games themselves, because it isn’t like these are new installments to the Assassin’s Creed franchise, or like they haven’t been reviewed a dozen times already. The real question is “How do they play on the Switch?” 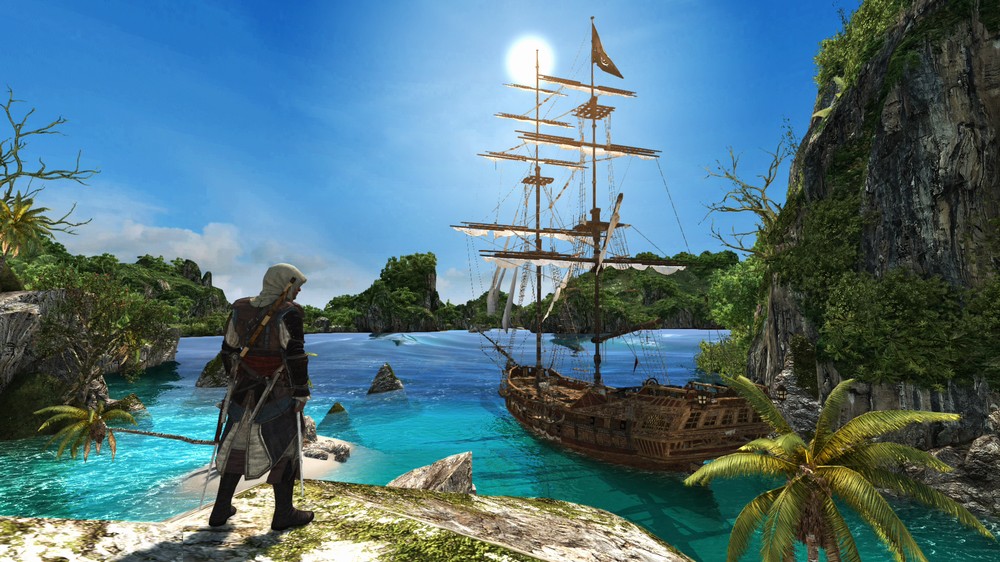 And the answer here is that they play really, surprisingly well. There is a bit of an apparent graphical downgrade in order for the Switch to be able to handle the otherwise robust requirements of the games, but it takes a keen eye to find those things. And any lessening of detail is more than made up for by the rock-steady framerate that you get, even in portable mode on the Switch. The responsiveness of the controls is spot-on and there were no parts of either game that made me feel like it was pushing the Switch past its capabilities.

All in all, it’s really hard to pass up a deal like this. Two amazing games, currently listed at $40, which is less than one of them would have cost when they were first released.