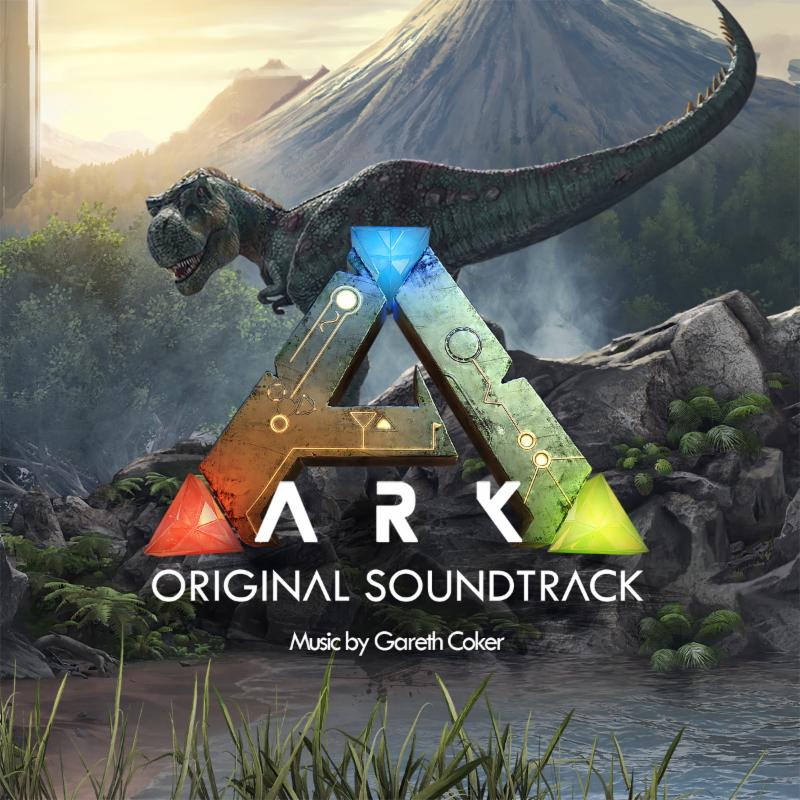 “Gareth’s mind-blowing sense of melody and uncanny expertise at reinforcing specific themes and emotions through his music helped shape the identity of ARK: Survival Evolved from the very beginning,” said Jesse Rapczak, Co-Founder and Co-Creative Director of Studio Wildcard. “Starting with that iconic main theme written for our first announcement trailer, Gareth continued to deliver a huge and varied score that brought to life every part of the game, be it the beach, the mountains, the jungles, the desert, the caves, the EPIC boss battles and even the out-of-this-world science-fiction climax of ARK‘s End Game. The score was so good, that we had no choice but to send Gareth to Abbey Road to record the entire thing with the 93-piece Philharmonia Orchestra!”

After graduating in composition at the Royal Academy of Music in London, English-born composer Gareth Coker traveled the world extensively to study music from different countries, including Japan, before completing the film scoring program at the University of Southern California. This multi-cultural background has enabled Coker to draw upon numerous musical influences that have shaped his rich and versatile musical sound and he has continued to develop a compositional style focusing on memorable, melodically-driven themes and motifs, combined with unique, and unconventional soundscapes. This approach, and his ability to apply it in a way that always serves to enhance the story earned him the attention of Moon Studios, which led to a highly successful collaboration on the acclaimed game Ori and the Blind Forest. Coker’s universally critically acclaimed soundtrack for Ori and the Blind Forest was honored with several prestigious awards, including the Academy of Interactive Arts & Sciences award for Outstanding Music Composition and SXSW Gaming Award for Excellence in Musical Score, and his success in the field led to him being awarded recognition as an Associate of the Royal Academy of Music (ARAM) for his significant contribution to the music profession.

For his latest musical journey and collaboration with Studio Wildcard on ARK: Survival Evolved, Gareth Coker explains, “The scope and size of the score of ARK: Survival Evolved, whilst intimidating, has pushed me to write in ways I didn’t know I was capable of. And to cap it all off, with a gargantuan 3-day recording session in London with the amazing Philharmonia Orchestra really helped glue the entire score together. For the two years I’ve been working on the game, I’ve been able to see the lightning in a bottle that Studio Wildcard captured, and watch it blossom and grow on Twitch and YouTube throughout the early access program, into the monster it has become today. I can’t wait to revisit the Island and beyond with more music for the upcoming expansions to the game!”

Powered by Unreal Engine 4, ARK: Survival Evolved takes on the survival genre with a unique blend of emergent multiplayer cooperation and competition. Players awake stranded and starving on the beach of a mysterious island among a herd of other confused humans. On ARK, they must then hunt, harvest, craft, research technology, and build shelters to protect against scorching days, freezing nights, volatile weather systems, dangerous wildlife, and potential enemies. Tame, train, ride and breed one of 100 amazing dinosaurs and other prehistoric beasts, including gargantuan creatures on a scale never before seen in video games! Fly a Pteranodon squadron over the snow-capped mountains, race through the deep jungle with your pack of trained Raptors, tromp through a fortified enemy base along a convoy of gigantic Brontosaurus, or chase down prey on the back of a raging T-Rex.

ARK: Survival Evolved will launch worldwide in retail stores and on digital platforms on August 29, 2017, for PlayStation 4, Xbox One and Steam PC. Visit www.playark.com for more dino-tastic news.