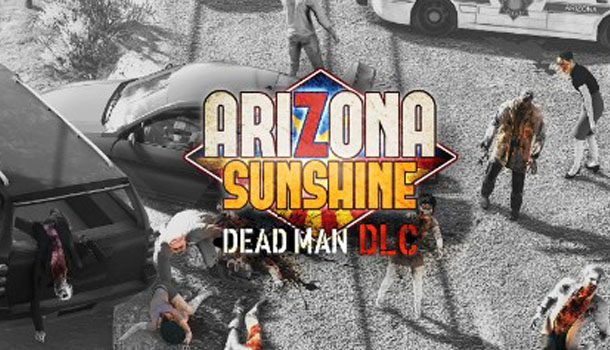 Arizona Sunshine – Dead Man DLC drops you in an infested US missile base where you lead a frantic attempt to contain the expanding zombie outbreak. Playing as Dockson, a US Army Special Forces corporal, the fate of the American Southwest rests in your hands as you fight to launch a nuclear-warhead loaded missile vital to stopping the spread of zombies. In the close-quarters of the dark missile silo, even the most veteran of Arizona Sunshine survivors will need to stay on their toes to overcome the undead onslaught and complete their mission.

Originally developed with the the PS VR aim controller in mind, the free Two-Handed Weapons Update arms Arizona Sunshine survivors with 13 new two-handed weapons. On PC VR platforms, two-handed mode supports play with regular VR motion controllers as well as VR peripherals including the PP Gun and the yet to be launched Arena Infinity™ LITE.