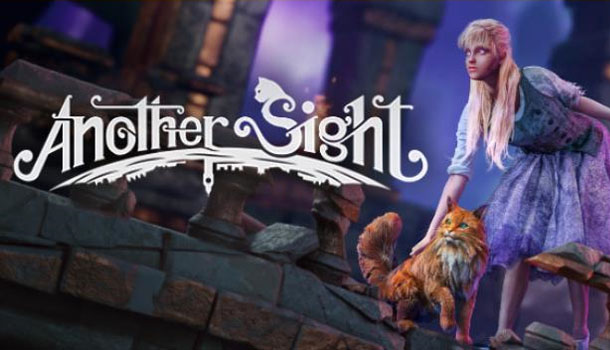 Conceptually, Another Sight has a lot to offer. We’re talking about a retro-future British setting, complete with slight steampunk and fantasy elements. The game itself is centered around a young woman who can’t see, save for the world being illuminated whenever sounds are made. It’s a puzzle game at it’s core, with the mechanics themselves being an aspect of your puzzle-solving needs. The whole thing has an Alice In Wonderland feel to it, and there’s potential within to be sure.

Kit, the young woman in question, is paired with an animal sidekick- a cat that provides the much-needed sight element to the game. You’re able to switch back and forth between the two on the fly, and that’s where much of the game’s dynamics are centered. Kit and… cat… need each other to function and solve puzzles throughout the world. 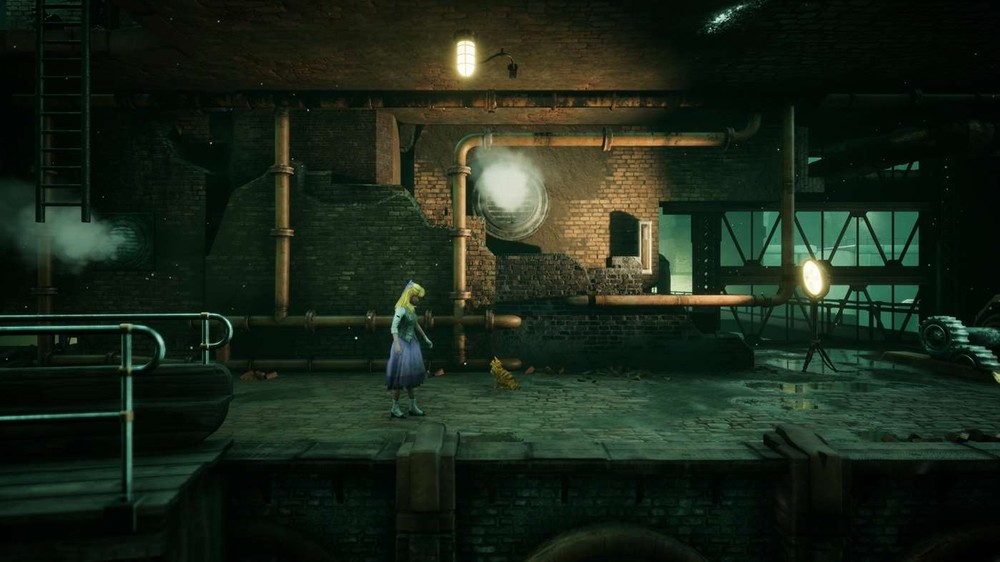 This may sound cool and interesting, but there’s a rub- when the cat gets too far away from Kit and there’s no sounds being generated, the world goes dark and Kit moves slowly. Very… very… slowly. So, whenever possible, try to keep Kit and the cat somewhat close by each other as you’re progressing, otherwise you’re in for a very time-consuming slog.

As you can probably tell, I had more than a few issues with Another Sight. I dig the concept, but the execution is all off. From a narrative standpoint, the story is just compelling enough to keep you playing without ever really captivating you. Gameplay and control-wise, the game is a mess. I was immediately reminded of Brothers, a game from a few years ago from the developers of A Way Out. In that game, each of the two brothers was controlled by one of the two analog sticks. Brothers challenged you to constantly focus on the separate actions of each of your thumbs and their corresponding actions on screen, and it worked. 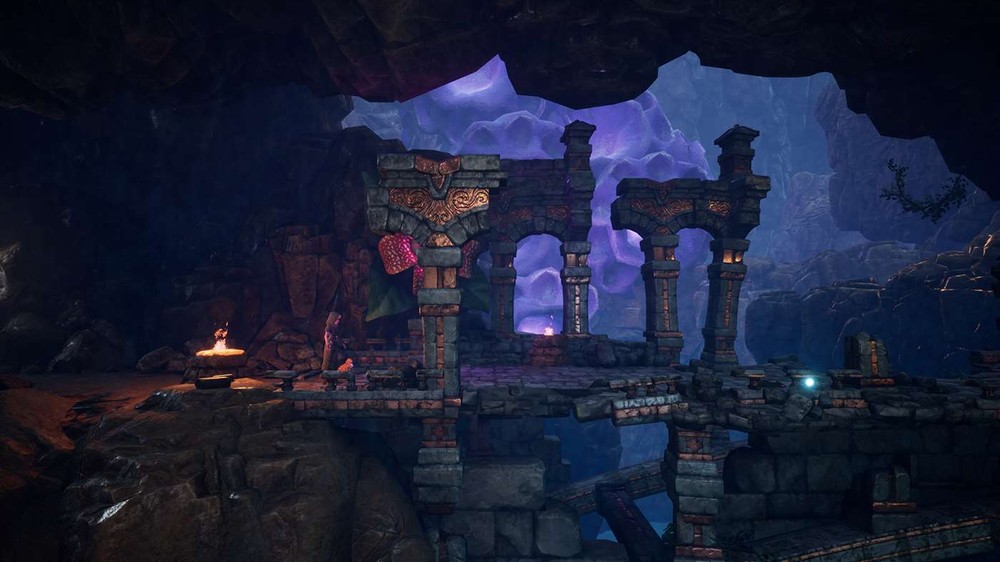 In Another Sight, however, the character switch must be done manually by a button press. This leaves you constantly shifting back and forth, moving Kit forward and then the cat. Kit forward. Cat. Over and over. Rinse, repeat. It grows tedious and repetitive and completely undermines the entire point of the experience purely by making you not want to keep playing if only so you don’t have to progress in increments. Add to that stilted controls, awkward animations (I don’t know what is going on with that cat’s jump), and voice acting that never quite sticks the landing, and you’ve got a budget title that’s priced just a bit too high above it’s weight class.

I really wanted to like Another Sight, but there’s just too much working against it to be a title I can fully endorse. If you’re looking for a solid side-scrolling narrative puzzle game, go back and play through Inside again.