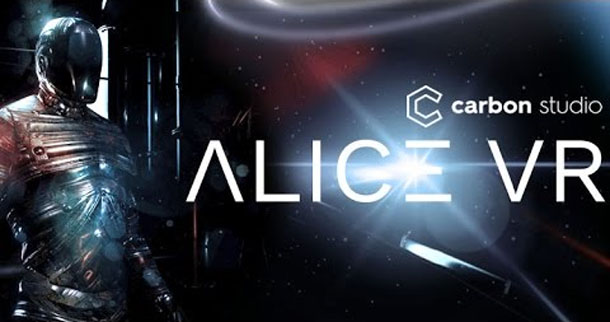 From Klabater and Carbon Studio, Alice VR takes you to the desert planet of Speculo, where a simple search for fuel suddenly takes a completely different turn. Discover the secrets of this seemingly abandoned world when Alice VR releases on Oculus Rift, HTC Vive, and OSVR in October 2016.

Separated from intergalactic confederation during the Great Colonial Wars, Speculo is one of the very few colonies where graphene, a vital resource for interstellar travel, can be mined. But that’s not all that lies in the sands. What has become of the original settlement, the mysterious city of Mirabilis?

Dazed by your recent awakening from cryosleep, and pressed by your ship’s all-controlling AI, it’s up to you to gather the resources needed to continue on your mission for the interstellar Corporation. But during your stay on Speculo, your decisions will shape the planet’s future.