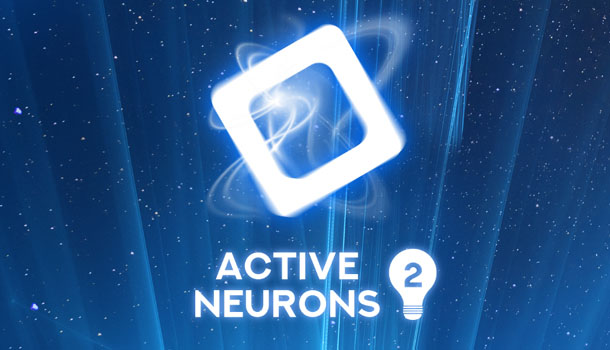 If you enjoy puzzle games then Active Neurons 2 might get those synapses firing as you try to solve 120 puzzles that task you to get your block from its starting location to the exit diamond.  Sounds simple, right…and it is for the first 10-20 puzzles that only require minimal logical thinking, but the difficulty scales up sharply about halfway through the list and near the end becomes dangerously impossible.

I’m not going to spell out all the puzzle dynamics found in the game; there are simply too many, but basically you move your block around the play area by pressing a direction.  The block will slide until it comes in contact with a wall or some other obstacle or puzzle piece on the playfield. At first you simply need to figure out the proper path that uses these walls to position your block so you can slide into the exit, but later on you will have other blocks; red blocks that destroy you, green blocks that destroy red blocks, blocks that won’t even appear until nudged, and even complex combination locks that require you to pair up symbols blocks with symbol keys. 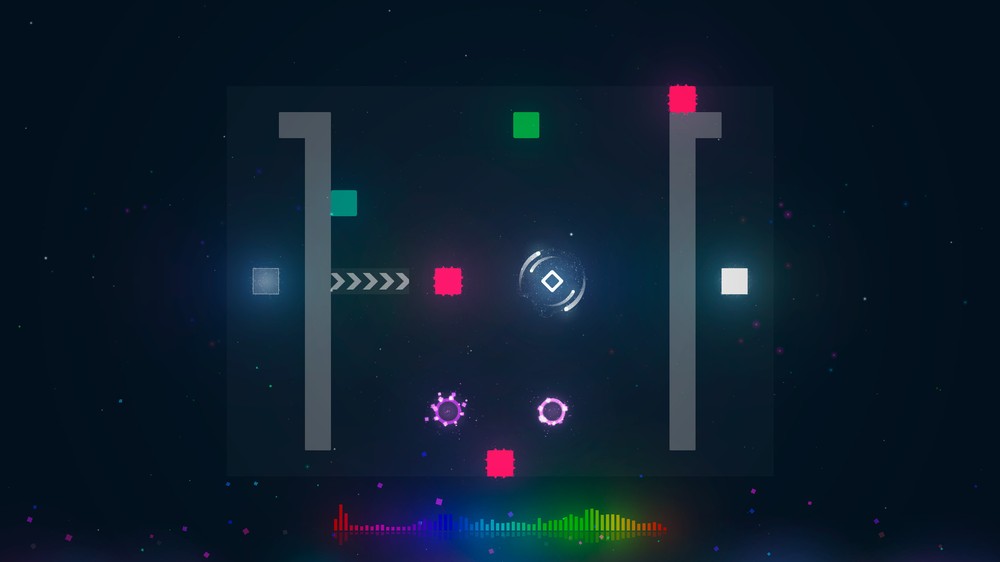 The presentation is basic but fun with bits of history and inventions revealed between chapters and random quotes and facts.  There are 120 total puzzles divided into ten sets and most logical thinkers will breeze through at least the first two sets which slowly get you acclimated to the game concepts and how to play.  Things get crazy all too soon when they start adding in moving blocks, teleporters, and even multi-screen puzzles that will have you travelling to other “rooms”.  One annoying thing about this part of the design is that if you fail any part of these multi-room puzzles you must restart from scratch.  I would have really appreciated an UNDO button that would sequentially backtrack through my moves rather than having to restart after one mistake late in the solution.

I enjoyed the casual pacing of the game that allowed me to solve the puzzles at my own pace; at least at first, but then they started introducing timed elements to the solutions that added some unexpected pressure to the proceedings.  These timed elements are only on a few puzzles but still took away from an otherwise relaxing experience. 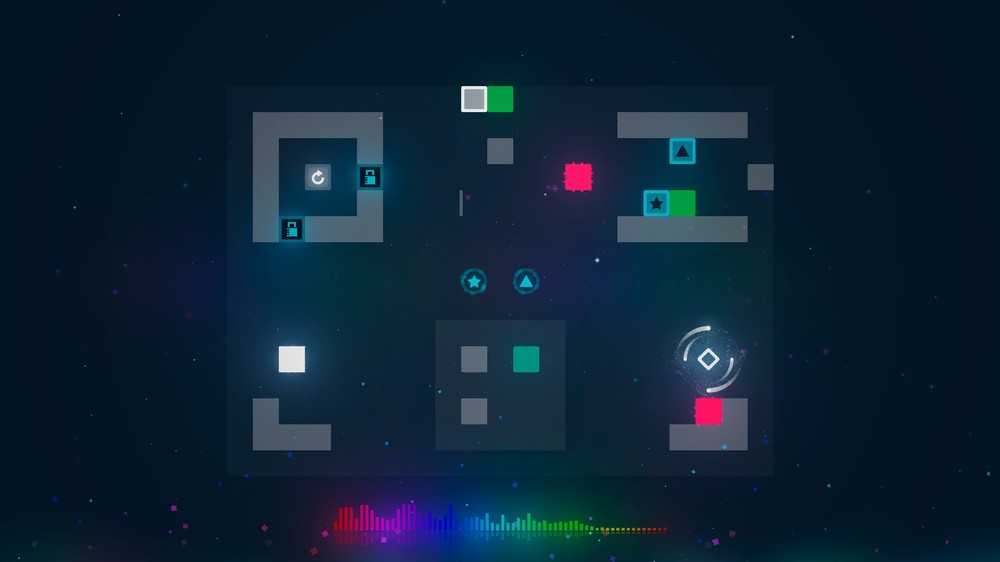 Active Neurons 2 has a built-in hint system; not so much a hint rather a solve, that will show the puzzle being completed, but there is no step process so the entire solution plays out all at once.  If you miss any part of it you’ll need to rewatch from scratch.  And this only shows you how to do it, not actually solving the puzzle so you can advance, so if you are failing a puzzle due to a timing issue you’ll still need to get good.  I used the hint system once in the first 40 puzzles and was embarrassed at how obvious the solution was AFTER it was revealed to me.

The game looks great and sounds even better with a fantastic soundtrack that energized my mind and made the cool multi-colored audio meter bounce around at the bottom of the screen.  I did notice the music start to repeat after a while but it never got annoying.  Active Neurons 2 uses primitive shapes and designs, and if you removed some of the atmospheric backgrounds and special effects this game could have easily existed on an Atari 2600 or Commodore 64, but that certainly doesn’t take away from the fun you’ll have solving these logic puzzles. 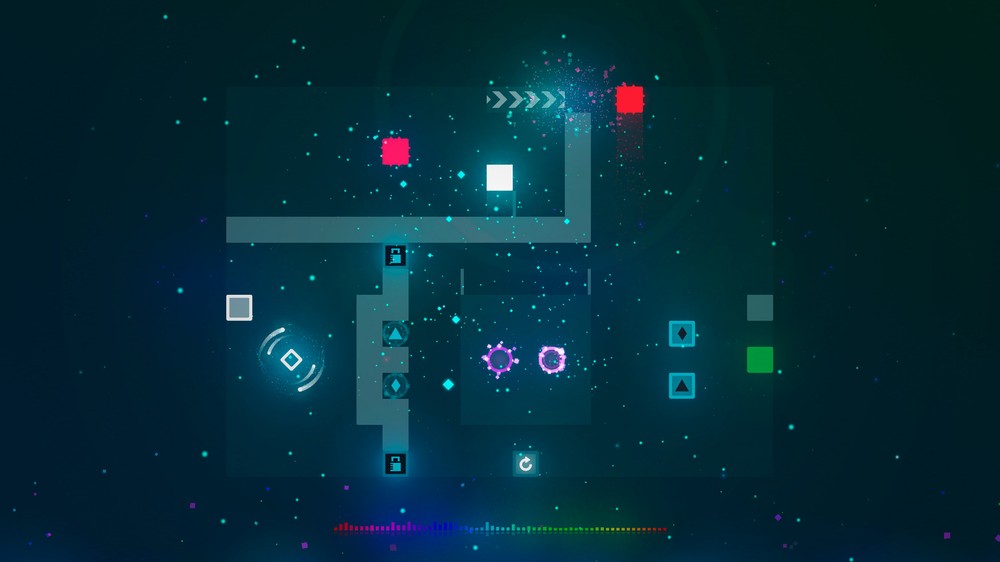 Active Neurons 2 is fairly priced at $5 and even if you only get halfway through the lengthy list of puzzles you’ll probably get your money’s worth.  There is a steep spike in difficulty near the end that will likely turn off more casual gamers, but for those that stick with it you’ll certainly enjoy the music and the endorphin rush with each solved puzzle.