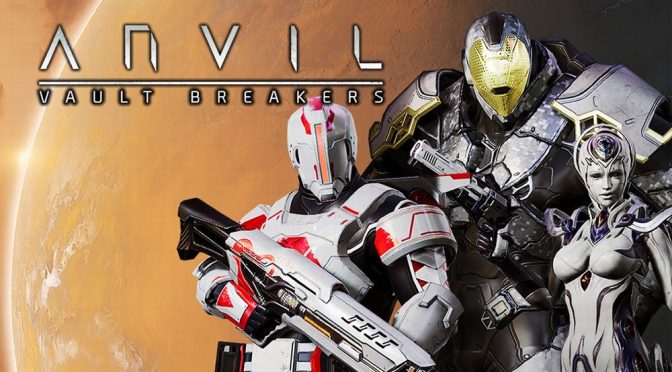 Breakers seek out “Vaults” which are remnants of alien civilizations scattered throughout multiple galaxies. Players are tasked with exploring these diverse galaxies and using their abilities to take down hundreds of monsters. Over 100 randomly generated artifacts are scattered throughout the game’s many planets and players must scavenge in order to upgrade and find better loot to help them with the slaughter.

Due to the Vault Breaker’s mechanical bodies, defeat doesn’t mean the end, it just means it’s time to rebuild. Players keep any EXP gathered when they die. The more EXP you earn, the stronger and more powerful the Breakers become. Kill, scavenge, die, rebuild. This is the life of a Vault Breaker.

Want to jump into ANVIL yourself? Grab the game on Steam Early Access, Xbox Preview and Xbox Game Pass now. E-mail the media contact below for review requests and head to the official ANVIL discord to keep up to date.