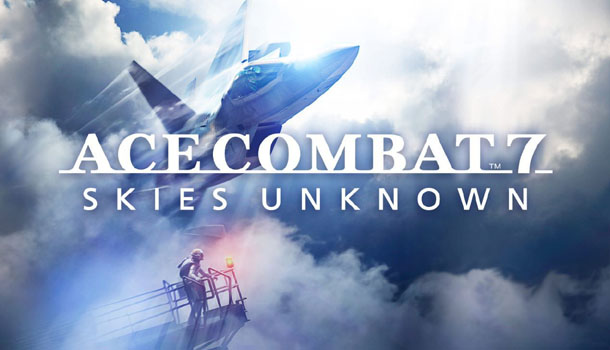 I’ve been a big fan of the Ace Combat series for many years now, dating back to Ace Combat 5: The Unsung War, which also happens to be a PS4 pre-order bonus for Namco’s latest numbered installment, Ace Combat 7: Skies Unknown.  For this review, we are playing the Xbox One Deluxe Launch Edition, which has its own pre-order bonus; Ace Combat 6: Fire of Liberation, along with a two bonus planes and several skins and emblems.

It’s been a while since we’ve had a proper numbered installment in the franchise, with Namco going off on several desperate tangents to add something new the aging flight combat game design; none of which was met with any real enthusiasm or critical acclaim.  Namco gets back to basics with Skies Unknown yet still manages to toss in a few new concepts to keep things fresh and for the first time, take advantage of the current-gen hardware…sort of. 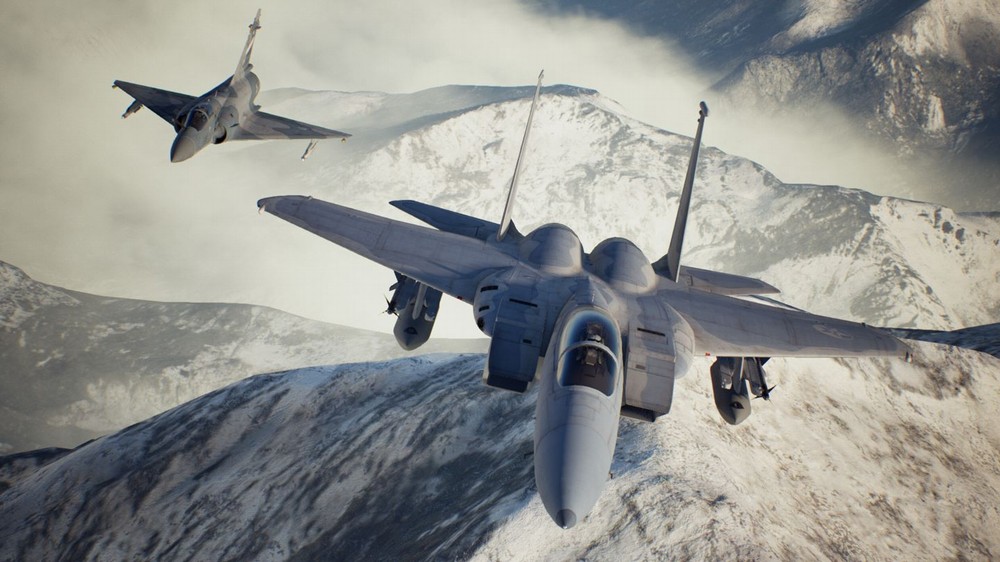 Structurally, the game runs two parallel stories; one dealing with a young female pilot prodigy who gets tossed in a military prison for flying in a restricted zone, and the other dealing with an ace pilot (you) that gets tossed in that same military prison for a friendly fire incident.  The stories never truly converge in any meaningful way, as you are quickly assigned to a squadron of prisoner pilots sent out on random missions much like an aerial A-Team.  Eventually, you’ll prove yourself so invaluable that you are absorbed back into the military as the war between Erusea and Usean rages on.

There is a lot of story packed into Skies Unknown with the occasional lengthy cutscene along with detailed missions briefs and debriefs complete with tactical screens, battle maps, and lots of futuristic data displays adding gravitas to the actual gameplay.  Thankfully, all of these are skippable when you return to replay the campaign or select missions later. 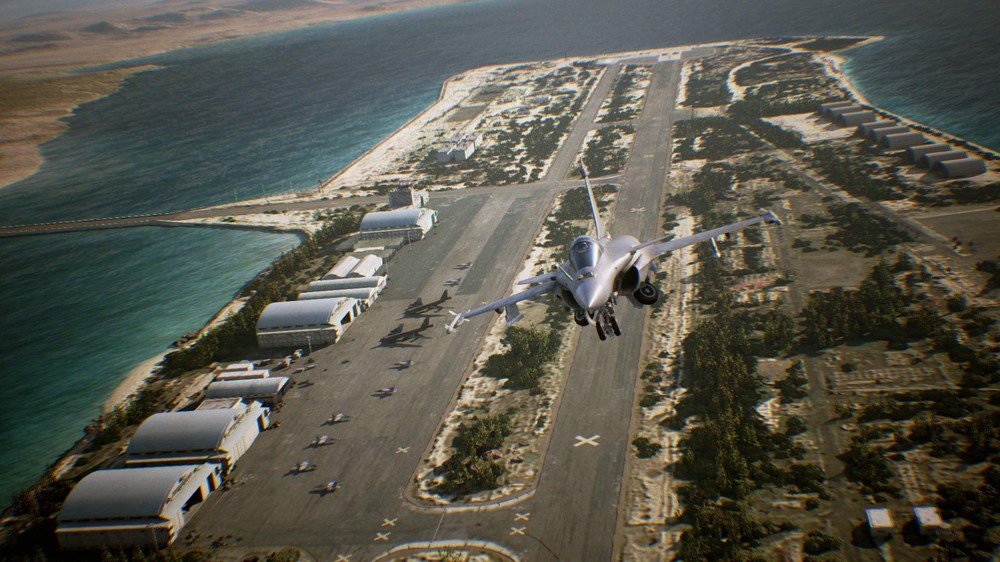 I’ve always considered myself pretty good at the Ace Combat games, so I instinctively chose the Normal skill level fully knowing that you cannot change this mid-campaign, but I was confident that wouldn’t be an issue.  Imagine my surprise upon reaching Mission 6, the first Annihilation Battle, and finding I was unable to win/complete that mission after three days (roughly seven hours) of repeated attempts.  The mission not only had a time limit, it also required you to destroy enough targets of varied value to reach a certain total score.  In the 20-30 attempts at this mission I could either not reach the score goal within the allotted time, or I would run out of ammo, or I would get shot down.  My only option other than rage-quitting the game entirely was to restart the campaign from scratch on Easy.  This led to several revealing discoveries.

First, your mission earnings carry over as well as any previously purchased planes and upgrades on the new Aircraft tech tree; a massive flowchart of linear unlockable items ranging from planes to plane upgrades to secondary weapons and perk slots like damage modifiers and even an auto-repair for your plane.  The game was insultingly easy on the Easy mode – planes go down with a single missile hit – and I even got past Mission 6 on my first try with time to spare, and it wouldn’t be until Mission 11 where I would encounter a similar choke point with the exact same mission type only at sea. 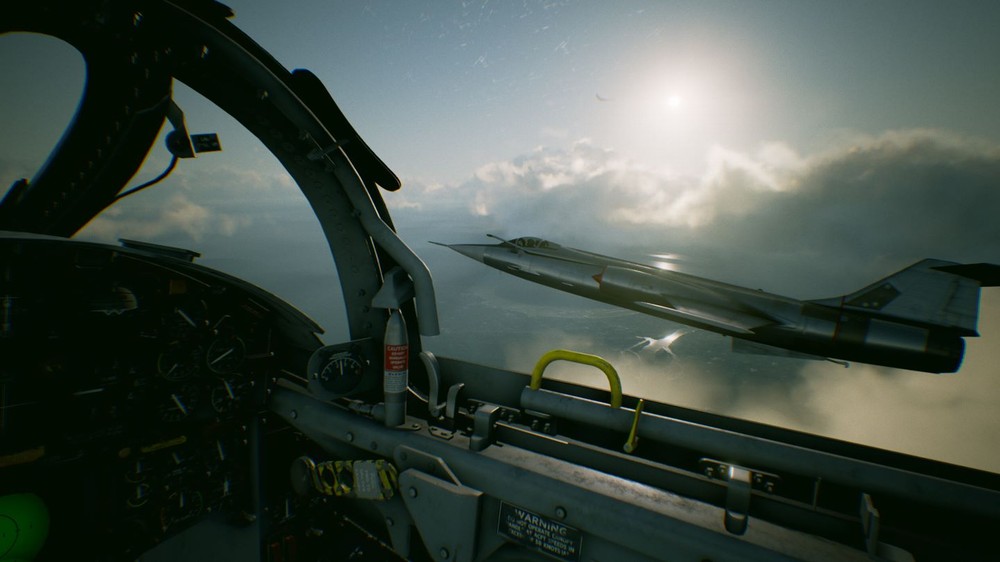 I’ve come to learn that there may be a bit of grinding involved in the way Namco has designed Ace Combat 7.  Many of the more difficult ground assault missions are considerable easier once you have unlocked the A-10 that can withstand crazy amounts of damage and carpet bomb an entire continent.  Unlocked tree items for improved speed, handling, and weapon reload times also greatly affect the built-in difficulty of the game.  What really bothered me was the fact that the combat never got any harder; it was just the impossible conditions of success that were frustrating.  In a mission where you must score 20,000 points in 18 minutes you are forced to do a lot of selective targeting to find high-scoring things to blow up, and targeting while under near-constant missile lock gets very annoying.  And don’t count on your AI squadron to help.

When the game wasn’t pissing me off I did enjoy most all of the other missions that featured the usual Ace Combat assortment of mission types and locations.  You had the nighttime mission avoiding searchlights, the sea battles, the canyon runs, the weaving through radar patches, the staying under cloud cover, etc.  It’s all the same stuff we’ve played in past games with some better looking graphics and an interactive weather system that directly impacts your gameplay. 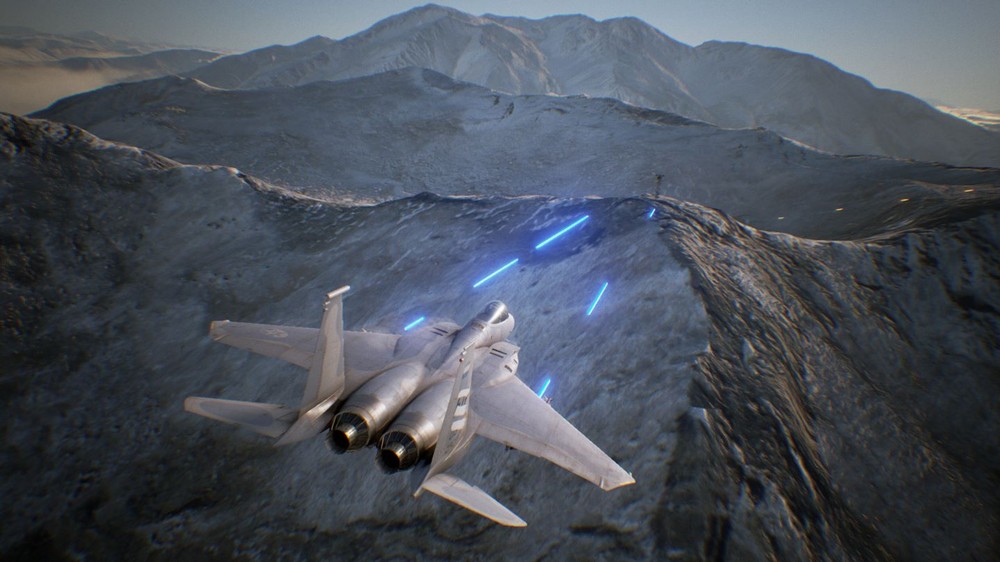 Clouds are the new big deal in Ace Combat 7, as they are no longer just part of the skybox but rather real-time volumetric formations you can use to disrupt radar and weapons lock, impact enemy visibility, and potentially even ice up your aircraft.  You also have thunderstorms where lightning strikes can short out your HUD and there are wind gusts that will blow you off course.  Clouds and weather play an important part in the game and add that extra notch of realism to what is still a rather arcade flight system.

Ace Combat 7 looks impressive compared to previous installments in the franchise, but there is a total lack of support for Xbox X enhancements including 4K and HDR support.  The game runs at a near-consistent 60fps at 1080p with only a few dips into the mid-50’s under stress, but it also begs the question why the clearly more powerful Xbox One X is being beaten in performance by the PS4 Pro, which also doesn’t run 4K but offers a solid 60fps as well as VR support for three custom missions.  Japanese developers are clearly still favoring the PS4 when it comes to multi-platform development to the point of not even bothering to optimize for a clearly superior system.  Those wanting true 4K support and hopefully wider aspect ratios will need to wait for the PC version coming in February. 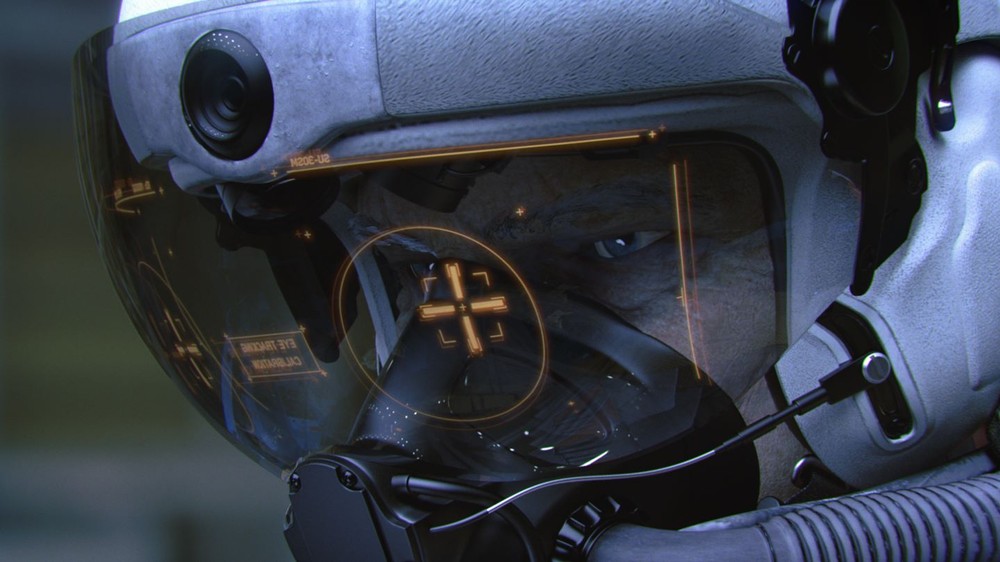 The campaign should take around 8-10 hours to complete assuming you don’t get stuck on Mission 6 for three days and stubbornly beat your head against the wall.  It’s clear there is a lot of replayability just in earning enough credits to unlock all the planes and tech upgrades in the Aircraft Tree then going back and replaying those mission with new and more powerful planes.  There is also the obligatory multiplayer component for Ace Combat 7 featuring two primary game modes; Team Deathmatch and Battle Royal, which will provide as many hours of extended gameplay as you choose to invest.  It is pretty fun and the matchmaking seems surprisingly fair most of the time.

At its core not much has changed with Ace Combat 7: Skies Unknown.  You still fly around in loops and circles trying to get a target lock then double-tap your missiles and hope the enemy doesn’t evade.  There is no true dogfighting; at least with guns, but the ground and sea assault missions provide just enough variety to keep things fresh.  The story is great (the first time), and the Tom Clancy-style mission control ambience is spot-on.  The voice acting is great in both mission and com chatter and the orchestral score with chanting chorus ranges from chilling to thrilling to almost haunting at times – truly one of the best soundtracks of any Ace Combat game to date. 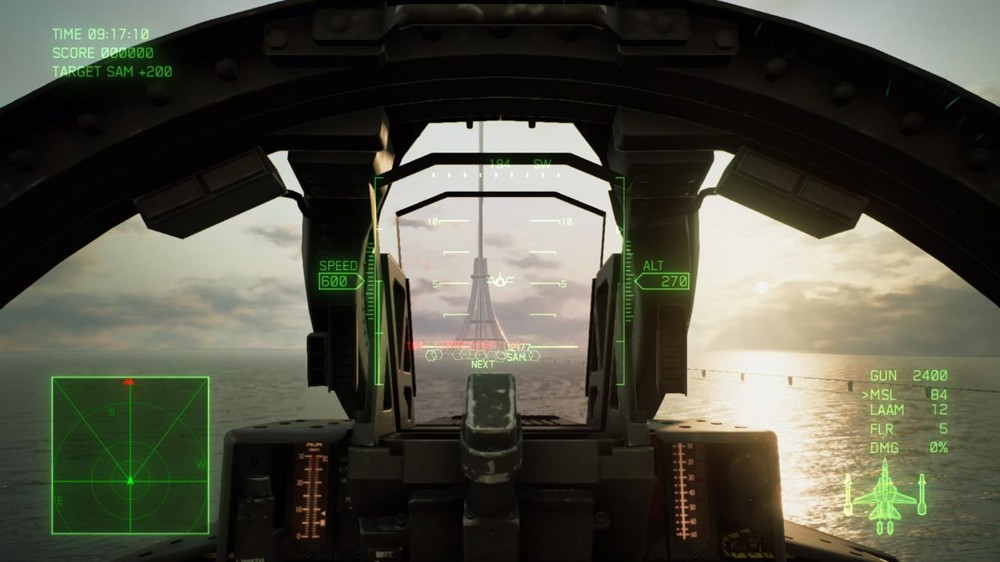 There haven’t been a lot of flight combat games on console or PC lately; certainly nothing of this caliber, so whether you are a veteran of the franchise or a rookie feeling the need for speed, you definitely want to play Ace Combat 7: Skies Unknown.  If you have a choice the superior PS4 version would be my recommendation; especially if you have a PSVR, and if you have a high-end gaming PC and want the ultimate in realism with the best assortment of flight sticks and HOTAS options, wait for PC.  Hopefully the Xbox One version will see an optimization patch soon to make this version run as good as it should. 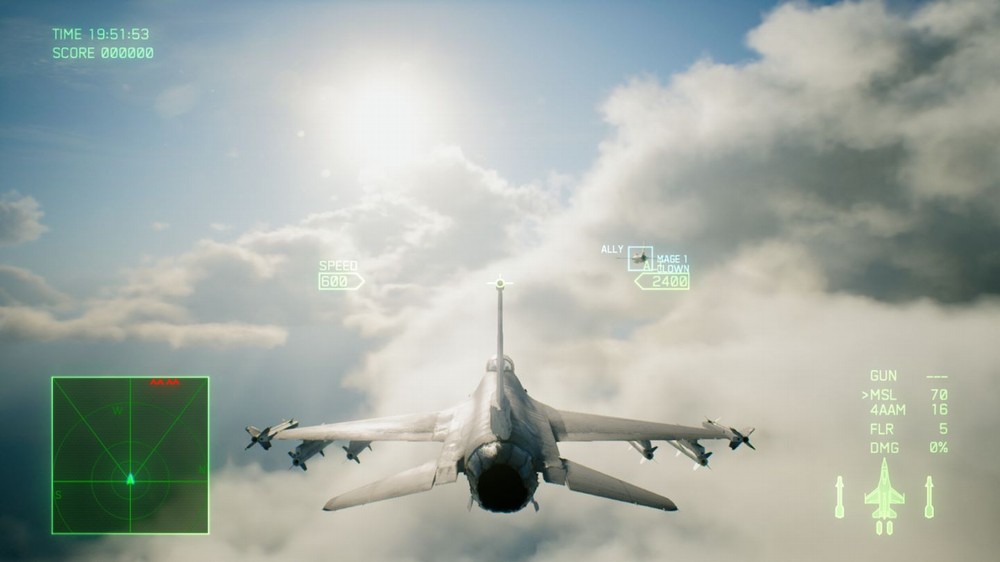