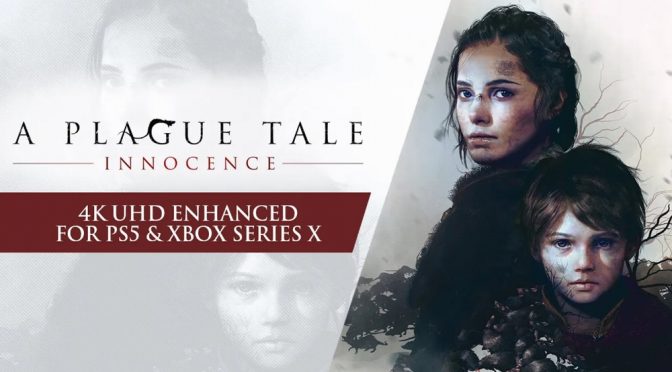 After the recent reveal of A Plague Tale: Requiem at the E3 2021 Xbox & Bethesda Games Showcase, Asobo Studio and Focus Home Interactive are thrilled to announce that the critically acclaimed first opus of the series, A Plague Tale: Innocence, will come to Xbox Series X|S and PlayStation®5 on July 6. These versions of the game will be enhanced to feature 4K UHD (only on Xbox Series X and PlayStation®5), 60 FPS, and 3D audio support.

Watch today’s new trailer and witness the award-winning journey through a grim medieval France in unparalleled detail on next-generation consoles.

A Plague Tale: Innocence will also launch for the first time on Nintendo Switch on July 6. The game will be available as a cloud-based title, allowing players to pick it up digitally and play using cloud-streaming technology.