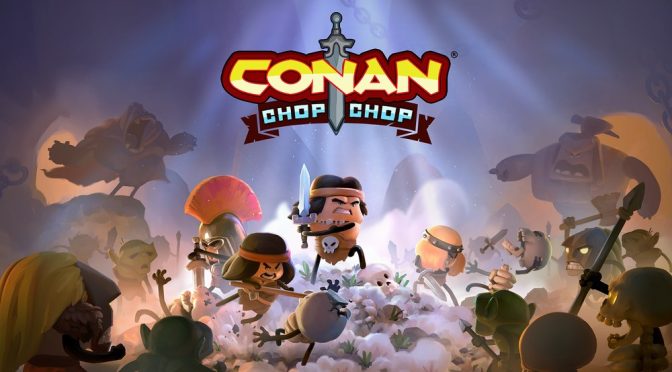 Funcom and Mighty Kingdom’s 1-4 player roguelite party game (with emphasis on party) is coming to PC, PlayStation, Xbox, and Nintendo Switch on March 1st. With its hilarious take on Conan the Barbarian’s world, Conan Chop Chop puts players into the leathery sandals of some of Hyboria’s greatest heroes as they battle to stop the treacherous wizard Thoth-Amon, evil incarnate and not a very nice guy.

Here’s the kicker: you can play it today! If you’re one of those who can’t wait to start chopping, you can get the chopped-up demo of the game and whet both your blade and your appetite of all things stick figure Conan. From 10am PST/7pm CET today, the demo will be available on Nintendo Switch, and on PC as part of the Steam Summer Games Fest. Please note that the Nintendo Switch demo won’t be available in North America until February 25th.

Cleverly positioned as a roguelite party game, players get to throw themselves head-first into a 1-4 player multiplayer mayhem in both online and couch co-op. It has magically created maps, trillions of item combinations to loot, and an eclectic cast of curious critters ranging from self-replicating chickens to icky brain-spiders.

Conan Chop Chop will be priced at $14.99 on PC and $19.99 on console. Despite the barbaric source material, steps have been taken to get the game rated ESRB E and PEGI 7+, making it a great fit for parents looking for an excuse to spend more time with their kids.