Welcome to our 15th Annual Game of the Year Awards where we celebrate the best games of 2018; a herculean task given the number of truly awesome games that arrived this year.  As with our past awards lists, we’ll be keeping things simple with a list of the top ten games spanning multiple systems and genres, along with a few specific shout-outs for Best VR games and Best Retro Remakes.

I realize there are hundreds of these lists flooding the Internet at this time, and ours is merely a focused drop in the bucket based almost entirely on games that we were able to play and review this year.  If your favorite game didn’t make our list I’m sure it’s on somebody else’s.  With that in mind, here we go…

10. Hellblade: Senua’s Sacrifice – Originally released on PC last year, Hellblade made its way to consoles in 2018 while receiving a VR update on Steam. This epic Norse adventure mixes equal parts of puzzle-solving and intense combat with some of the best sound design of any game ever made.  It’s on Xbox Game Pass so check it out.

9. Detroit Become Human – If there was ever an award for game with the most replay value Detroit would easily win it with its sprawling spreadsheet story flow and engaging narrative that invites you to replay small and large parts of the game or even start over from scratch. This introspective look at man’s future will entertain gamers for countless hours.

8. Far Cry 5 – Mixing the creepiness of an out-of-control religious cult and the sprawling spectacle of Montana you can’t help having fun as you fight for survival in another by-the-numbers Far Cry game. Sure it’s the same formula as all the rest, but that formula is now refined and polished to near perfection right down to the cliffhanger ending and upcoming sequel in 2019.

7. Call of Duty: Black Ops 4 – Who would have thought that removing the single-player campaign and focusing on multiplayer, zombies, and one of the best battle royale modes would restore Call of Duty to its former greatness? Apparently everyone. I’m just happy that something was able to compete with Fortnight and PUBG.

6. Hitman 2 – The shortest distance between a hitman and his target won’t be discovered in Hitman 2; a game that insists you replay each mission over and over and over again, tempting you with a massive checklist of things you could have done if you had played another way. Toss in all of the levels from last year’s game, newly remastered for the updated engine and you get two games in one.

5. Forza Horizon 4 – A technical masterpiece in graphics, sound, and addictive game design, Forza Horizon 4 will keep you coming back with its ever-changing seasonal gameplay, new cars, and robust DLC offering new scenic landscapes to explore. It’s worth noting that this game was neck and neck with The Crew 2.

4. Shadow of the Tomb Raider – Lara returned to cap off her next-gen trilogy in perhaps her darkest adventure yet. The designers listened to feedback and this time we got a lot more tombs, crypts, and all the other stuff that makes a Tomb Raider game what it is. Mix in some great combat and new stealth tactics and this game, along with all the DLC, will entertain for nearly a hundred hours.

3. Red Dead Redemption 2 – A game that takes as long to play as the designers took to make it; this highly anticipated western will either captivate you with its slow-as-life-itself simulation gameplay or put you to sleep. Regardless, it’s a technical masterpiece that already has people saving their pennies to build a PC capable of playing the inevitable (but yet to be announced) PC port in 2019. Until then you have the massive single-player game and an online mode that only dreams of being as popular as GTA Online.

2. God of War – Kratos was nearly tied with Peter Parker for the top spot of 2018. The powerful god-turned-dad storyline along with a visionary new single continuous camera angle was exhilarating and had this game locked in for the top spot until a certain insect swung into town. Regardless, if you own a PS4 then God of War is a must-own game.

1. Spider-Man – Sony not only nailed Spiderman with the new Spiderverse movie, it locked in everyone’s favorite web-slinger for the top game of 2018 with some of the most thrilling open-world gameplay of any game released this year. Not since Spider-Man 2 have we experience this level of synchronicity with what it must actually feel like to swing around the majestic NYC skyline. The combat is fast and fluid, and there truly is a great story being told, both in the main game and the DLC missions that have arrived since.  This is one of those rare games that you’ll enjoy grinding your way to that platinum trophy.

We reviewed nearly 100 VR games in 2018 across all three major platforms, but only three rose to the top and here they are…

3. Tetris Effect (PSVR) – Sure, it’s essentially the same game you played 31 years ago, but when you mix in some awesome music and hypnotic visuals Tetris becomes something quite futuristic. The added immersion of VR surprisingly makes the game even more interesting to play as you fight to focus on the game and avoid the distractions all around you.

2. Moss (PSVR, PC) – Release in February for PSVR and PC in June, Moss remains one of my all-time favorite VR games on any system to date, blending action and platforming adventure with a total lack of motion sickness while actually incorporating the player into the game design. The first book in what will hopefully become a long series.

1. Astro Bots: Rescue Mission (PSVR) – Sony swooped in at the last moment to secure this award for this adorable robot rescue mission that has you exploring some of the best VR levels you might imagine collecting robots and hidden chameleons along the way. Each level is honestly better than the last with awesome boss battles, dozens of challenge stages, and one of the best home bases ever created that you can decorate with diorama pieces won from a claw machine and then play in. This game is reason enough to purchase a PSVR.

Another growing trend in game design is remaking our past so we can either relive it or let our kids experience a forgotten era of gaming.  There were dozens of remade, rebooted, and reimagined retro games this past year but only three were worthy of this list.

3. Crash Bandicoot N. Sane Trilogy – If you loved those old Crash games from an era where controllers had no analog sticks then this trilogy of platforming terror will help you relive those aging memories with all-new updated graphics perfectly overlaid on top of that problematic gameplay. Mmmmm…just like grandma used to make.

2. Spyro Reignited Trilogy – This purple dragon is certainly more approachable than the aforementioned bandicoot, with a friendlier game design that promotes relaxing exploration vs. frantic time-challenged adventures. Both PlayStation mascots are equally adorable with their own unique set of charms and gameplay styles, but dragons beat bandicoots in real life and in these awards.

1. Shadow of the Colossus – Having already been upgraded once before, Sony’s boss battle challenge game has finally received a proper update for the PS4; a system finally capable of showcasing this game’s epic scale in landscape and imposing creature design. Climbing, fighting, and defeating these titans will be some of the best retro-reliving memories you’ll have this year.

And how about looking forward. 2019 is already shaping up to be another huge year for gaming with a plethora of titles already announced for the first quarter; games like Ace Combat 7, Resident Evil 2 Remake, Crackdown 3, Dead or Alive 6, Far Cry New Dawn, Metro Exodus, Anthem, Kingdom Hearts III, Devil May Cry 5, and The Division 2…and that’s just the first 90 days of the year.  There are over a dozen titles we’re hot to play, but the one we are most excited for is: 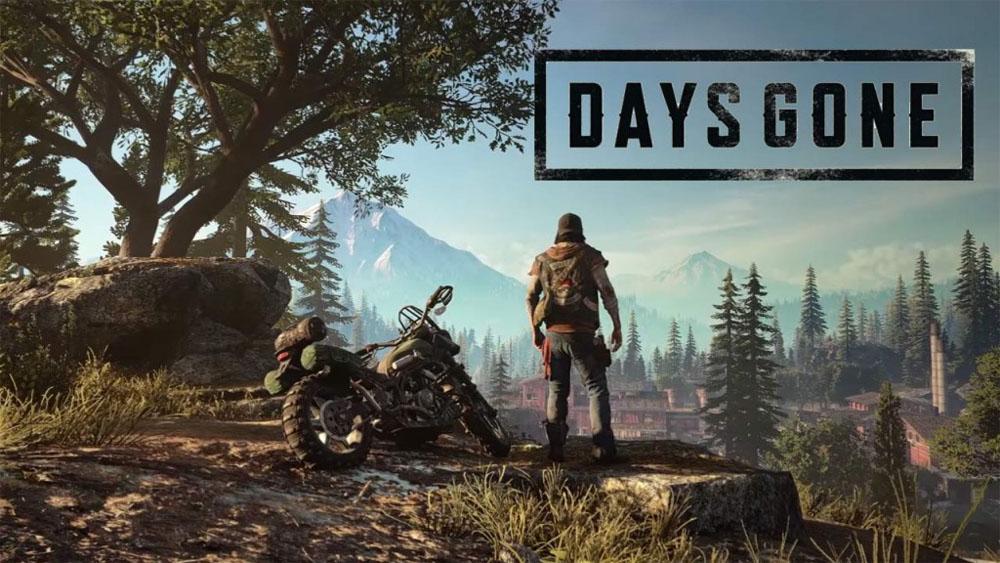 That pretty much wraps up our picks for the best of 2018 and what we’re looking forward to in 2019. There were so many awesome video games this year and so much to look forward to next, and we’ll be here to cover it all, providing you with all the latest news, trailers, reviews, live shows, and more.