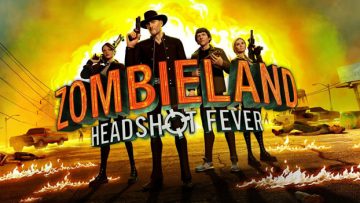 Inspired by light-gun games of the 90s and the racing games of today, ‘Zombieland: Headshot Fever’ rewards skill, speed, and accuracy with addictive gameplay, a range of powerful weapons, and an exciting new Adrenaline system.

Fans of the hit ‘Zombieland’ movie franchise can step into VR to join Tallahassee, Wichita, Columbus, and Little Rock as our four heroes roll up in Silicon Valley to launch a new kind of product; a zombie-killing racecourse called the Zombieland Invitational.

The goal is to be fast! Two quick zombie headshots turn the world slow, kicking in the adrenaline, giving players more time to rack up combos, get faster times, and claw their way to the top of the leaderboards.

Features of the game include:

“The Zombieland world is a no-nonsense kind of place, and to this end, we’ve made one of the purest shooting games for VR,” said Bobby Thandi, Founder, and CEO, XR Games. “We hand-crafted the content, upping replayability, and incorporated mechanics from racing games such as time splits so you know exactly how well you’re doing. It’s about practicing ’til you’re perfect. Your speed and accuracy with each shot are imperative to score the fastest time” (pro tip: two headshots in a row trigger Adrenaline Mode – like bullet time, but better!).