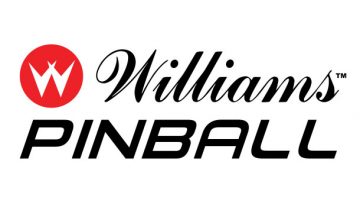 Zen Studios is happy to announce a new era of mobile pinball excellence with the release of Williams™ Pinball, now available as a free download on the Apple App Store and coming soon to Google Play.

A free download for all players, the mobile release includes seven classic tables from the fabled Williams Bally library including Medieval Madness®, Attack From Mars, The Getaway®: High Speed® II, Junk Yard, he Party Zone, Black Rose and Fish Tales. New tables will be added to the game frequently.

“Zen Studios has been pioneering the mobile pinball experience since the App Store launched in July 2008,” said Mel Kirk, Vice President of Publishing at Zen Studios. “It’s 11 years later now, and that means 11 more years of innovation going into Williams™ Pinball. We’ve learned so much in this time, and it’s exciting to see how everything has evolved into one product that represents that full culmination.”

The iOS version of Williams Pinball features tournament play powered by Skillz, enabling competitors to win both virtual and real-world prizes in a fun, fair environment.

I've been an avid gamer since I stumbled upon ZORK running in my local Radio Shack in 1980. Ten years later I was working for Sierra Online. Since then I've owned nearly every game system and most of the games to go with them. Not sure if 40 years of gaming qualifies me to write reviews, but I do it anyway.
You might also like
Gaming NewsiOS