Zen Pinball 2 is Coming to PlayStation®4 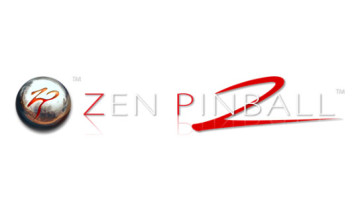 Zen Pinball 2 will release on PlayStation®4 on December 17 in North America and December 18 in Europe, featuring a selection of tables from the previous generation’s table library. Marvel’s Doctor Strange will join Zen Pinball 2 on PlayStation 4 as launch content. The table will be available for $2.99.

“We are able to bring a special selection of Zen Pinball tables from PlayStation 3 to PlayStation 4. If you own any of these on PS3, we invite you to download them on PS4 at no charge. This is our way of saying thank you to all of the players who have supported Zen Studios on PlayStation platforms over the years,” said Mel Kirk, Zen Studios Vice President of Publishing.

Additionally, the fantasy themed Sorcerer’s Lair table will be free for all players on PlayStation 4! Simply download the Zen Pinball 2 platform and you can access the table at no cost.

Zen Pinball 2 will launch on PlayStation 4 as a free platform download with a total of 20 tables available as paid DLC. Users can purchase tables inside the Zen Pinball 2 platform, including the following tables and packs at launch:

Zen Studios has HUGE plans for pinball in 2014, including more Star Wars™ Pinball and Marvel Pinball™ tables, as well as tables based on more iconic and exciting brands.

And before you leave checkout this trailer for the new Dr. Strange table coming for PS4 launch:

Journey into the Dark Below in Necromunda: Underhive Wars’ New Cinematic Story Trailer
Be the first to comment!
Leave a reply »