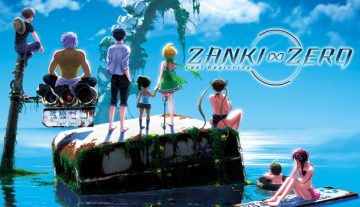 Zanki Zero: Last Beginning for the PlayStation®4 system and Steam® has been postponed until April 9 for North America to allow for additional improvements to provide the best possible gameplay experience.

The game will be released on physical and digital platforms. The bonus Zanki Zero: Last Beginning Survival Soundtrack CD is available with the North American Day 1 Edition (PlayStation®4) or as an Early Purchase Bonus (Steam®[PC]).

From producer Yoshinori Terasawa and game designer Takayuki Sugawara, the creators of the Danganronpa series, comes a new type of survival game, Zanki Zero: Last Beginning. Explore ruins, dungeons, and islands in this post-apocalyptic world through the POV of eight protagonists fighting for survival while also searching for meaning in their never-ending cycles of life and death.

God created the world in seven days. It only took one for humans to destroy it. Life as we knew it sank to the depths of the sea…until yesterday. We do not yet know this broken world or the reasons for its downfall left behind here. An earth where ruins drift about, with remnants of buildings, cars, traffic lights… Modern civilization was destroyed, becoming nothing more than debris wading in the sea. New ruins drift one after the other before our very eyes, the survivors who live on one of those decaying islands.